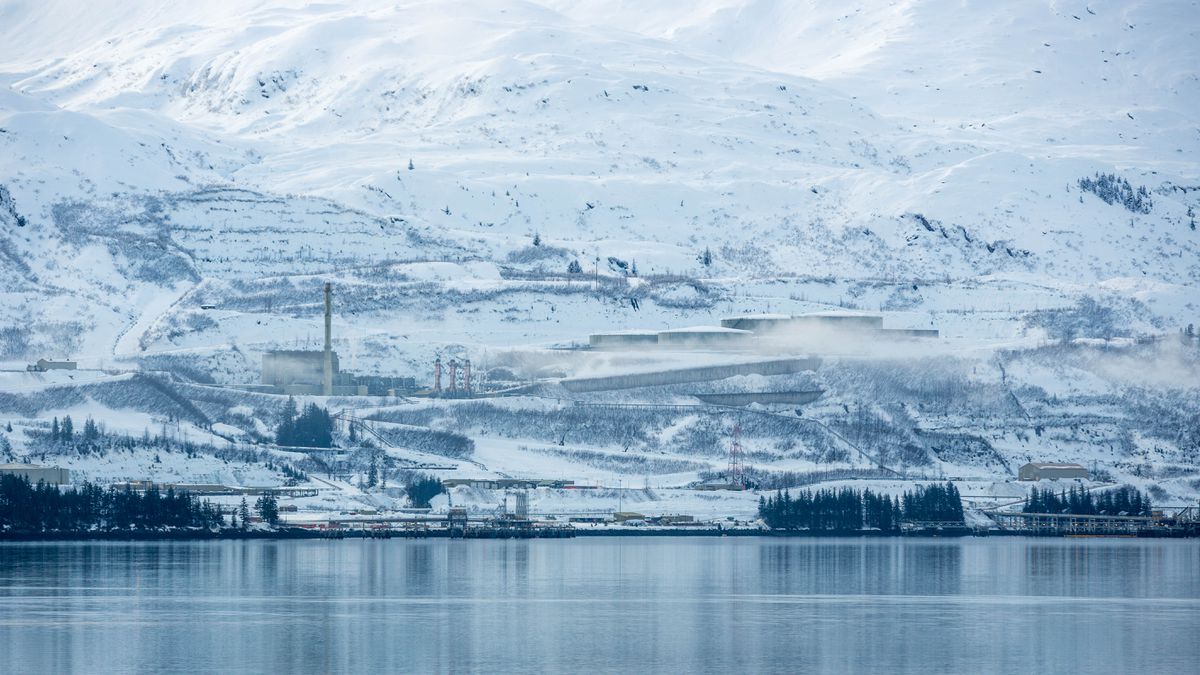 The operator of the trans-Alaska pipeline has removed 326 barrels of oily water at the Valdez Marine Terminal after a mix of water and oil leached under snow and into the water near a small-boat harbor at the terminal.

Alyeska Pipeline Service Co. said in a statement Tuesday that it’s unknown how much oil was spilled.

The spill was reported to the Alaska Department of Environmental Conservation at 8:16 p.m. Sunday, the state agency reported. Crews at the terminal reported a sheen on the water near the harbor.

The source of the leak has been contained, the agency said.

“Responders were on scene within the hour and continue response activities including deployment of sorbents sweeps, sausage boom and containment boom,” Alyeska said in a statement.

A small amount of oil can create a widespread sheen. Asked if the spill was large, Michelle Egan, a spokeswoman with Alyeska, said she would not comment on its possible size.

“I’m not going to characterize it one way or another until we get more information,” she said. “Any time we have sheen on the water, that’s a very big deal to us.”

“A team of vessels were dispatched” quickly to contain the spill using the boom and other steps, the company said. Boom is a floating barrier stretched across the water.

“No injuries are reported and TAPS operations have not been impacted,” the company said.

“The cause is under investigation, but early indicators suggest that the crude/water mixture was leaking from a sump that overflowed,” the Department of Environmental Conservation said in a statement on Monday.

Egan said in a text that the sump is a drain. “It can collect rainwater from process areas, secondary containment, parking lot, etc.,” she said.

This sump is not necessarily associated with an oil-storage tank, she said.

“The oil traveled beneath the snow covered surface and came out near the head of Berth 4 into Port Valdez,” the state agency said.

Most of the sheen was contained behind the berthing area with booms and other measures, the state said. The oily water was being skimmed from a corralled area, about 30 feet long by 30 feet wide, inside the boom, the statement said.

Additional boom on the water to contain the oil was placed outside the berthing area, the state said. Fishing vessels trained to participate in oil spill response were also deployed to catch any oil water that was missed.

“Overflights and vessel surveillance of the area are ongoing. Crews are working to determine the amount of contamination in and around the sump,” the agency said.

She said the group is hoping to quickly learn what caused the spill.