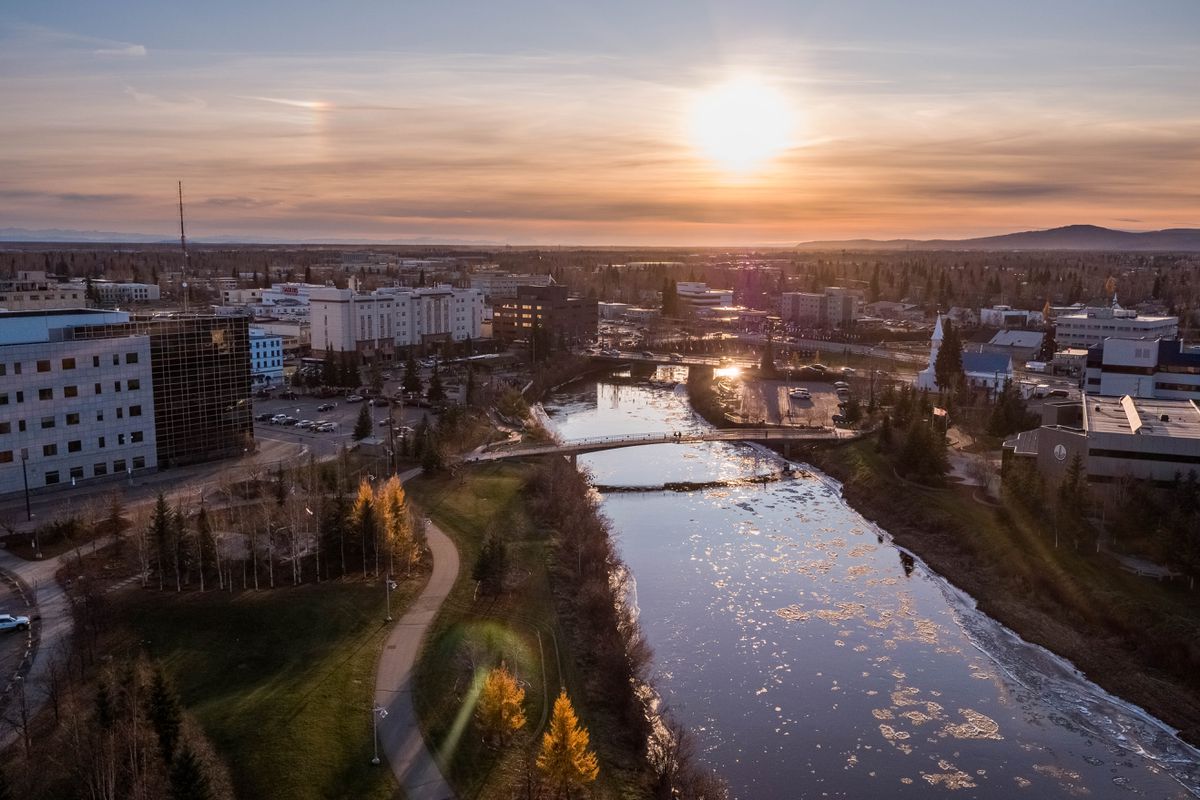 A long-awaited decision on how to increase the availability of natural gas for businesses and residents in the Fairbanks area was put on hold April 21 to allow the current unprecedented economic situation to play out at least a little more.

Interior Gas Utility board members started an April 21 work session intending to vote on a resolution authorizing up to $78 million in revenue bonds to fund expansion of the utility’s small Titan LNG plant at Point MacKenzie in Southcentral Alaska. However, IGU General Manager Dan Britton said early in the videoconference meeting that he was rescinding his recommendation to approve the project given the broad financial uncertainties stemming from the COVID-19 pandemic.

“I continue to believe that utility-owned liquefaction is best,” Britton told the IGU board, “but we cannot ignore the short-term realities of these unprecedented times.”

The Titan LNG expansion project would have roughly quadrupled the plant’s gas liquefaction capacity from roughly 1 billion cubic feet, or bcf, to 4 bcf per year.

The final investment decision was supposed to be the culmination of more than six years of work on the $330 million Interior Energy Project to get more natural gas to the Fairbanks area that started with the Alaska Industrial Development and Export Authority’s examination of a North Slope LNG plant.

That plan was scrapped following a lengthy economic evaluation that concluded high North Slope construction costs would result in final gas prices to consumers that would be too expensive to entice residents and businesses to convert from wood and fuel oil and heat.

IGU board members thanked Britton for not wanting to push ahead on a project that has been years in the making at a time when nearly every aspect of daily life has been disrupted.

Britton’s “pause” recommendation came as oil prices worldwide — which the natural gas utility competes with through the price of fuel oil — fell to new lows. The price for Alaska North Slope crude briefly went negative April 20 and ended April 21 at $9.01 per barrel.

Public commenters largely concurred with the change of plans, urging the young utility to work on ways to attract new customers that would help grow the demand base for gas when the plant is expanded and improve the economics of the project for everyone.

The IGU board did not set a new date to revisit the Titan plant expansion, but some members said they hope a decision can be made soon.

Britton thanked IGU staff and contractors for all the work that has already gone into the project as well.

“There has been a ton of effort that has gone into this and I don’t want that to go unrecognized,” he said.

IGU officials recently completed a 5.25 million-gallon LNG storage tank in Fairbanks that has increased the utility’s annual demand capacity by approximately 40 percent, according to board chair Steve Haagenson.

Britton said during a March 4 AIDEA board meeting that while there has been years of study and debate over how many residents will invest the thousands of dollars — in some cases — needed to convert their homes to natural gas, he expects larger businesses, such as retail box stores, to be some of IGU’s first new customers. While residents will mostly focus on whether gas is cheaper than fuel oil or other energy sources, many business owners would sign up for gas to get rid of the inherent environmental liability in large, buried fuel oil storage tanks, he said at the time.

Britton said utility leaders continue to examine new options for gas supply but he is not concerned about IGU’s ability to secure a new and larger supply of natural gas. The utility’s existing contract with Hilcorp Energy expires in 2021.

In 2018 Siemens Government Technologies pitched what company representatives called a “turnkey” proposal to IGU in which the international industrial company would use modular LNG production facilities and currently undeveloped gas sourced from the Susitna Valley to deliver LNG to Fairbanks via the Alaska Railroad.

However, the IGU board ultimately rejected the plan after Siemens representatives could not provide sufficient details regarding their gas supply plan.