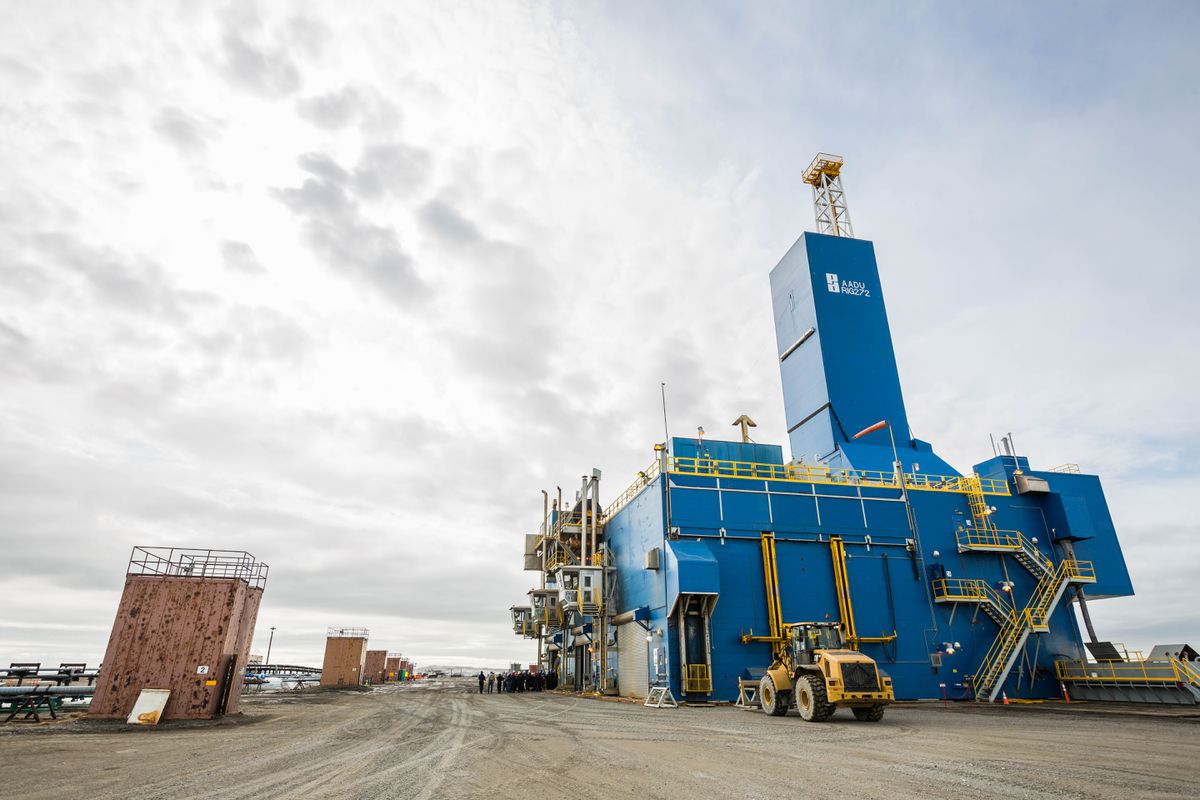 North Slope oil production in July was stronger than it has been in years.

While it’s a long way from the glory days of Alaska’s oil era, every little bit helps. State budget experts are forecasting a nearly $1 billion deficit this year.

About 466,000 barrels per day were produced from North Slope fields in July 2019, according to Revenue Department records.

In April, Revenue Department officials forecasted an average production rate of 486,570 barrels of oil per day from the North Slope in the 2021 state fiscal year at a time when the price for Alaska oil was running less than $20 per barrel.

The summer months are traditionally when producers conduct maintenance on facilities that can require them to curtail or outright stop production from time to time. Warmer temperatures can also degrade the efficiency of processing facilities engineered to operate in cold Arctic conditions to some degree.

The July production boost followed a roughly six-week production curtailment period by ConocoPhillips in response to very low oil prices. The company said it would slow production by about 100,000 barrels per day in late May and resumed normal production operations in July.

ConocoPhillips’ Alaska production was ultimately cut by about 45,000 barrels per day in the second quarter, the company reported last month.

It also comes at a time when the small Badami oil field east of Prudhoe Bay, which has generally produced 1,000 to 2,000 barrels per day, is offline. Savant Alaska LLC asked the Division of Oil and Gas in late May to approve a production suspension from the field in light of the poor market conditions.

Detailed production data for July is not yet available but the company did not produce from the field in June, according to Alaska Oil and Gas Conservation Commission records.

The improved production rate could also partially be the result of ConocoPhillips’ move to curtail some of its wells. While it’s difficult to exactly quantify the impact, spokeswoman Natalie Lowman wrote via email that the company’s data and models indicate field production rates will be higher for some time after wells are shut-in.

“This is called flush production and it has been seen historically in North Slope wells after production shut-ins,” Lowman wrote.

However, production at the iconic Prudhoe field, which was just taken over by Hilcorp on July 1, is also running far better than recent history. Hilcorp produced an average of 287,341 barrels per day last month, more than 30,000 barrels per day greater than July 2019, according to Revenue records.

This July was also the best rate for the month at Prudhoe since at least 2012 when the state began combining oil from the large field and its satellites in its production reports.

State Oil and Gas analysts generally surmised it could be the result of fewer large maintenance projects scheduled during the operational transition between BP and Hilcorp, but a Hilcorp spokesman did not respond to questions in time for this story.

There has been a positive rebound on the price side for Alaska producers and the state budget as well. While it’s just more than one month into the 2021 fiscal year, the average oil price of $43.38 per barrel for Alaska North Slope Crude is 17 percent greater than the state’s official forecast of $37 per barrel for the year. Whether the stronger-than-expected price holds will continue to depend on the severity of the pandemic in the world’s major oil consuming nations, analysts predict.