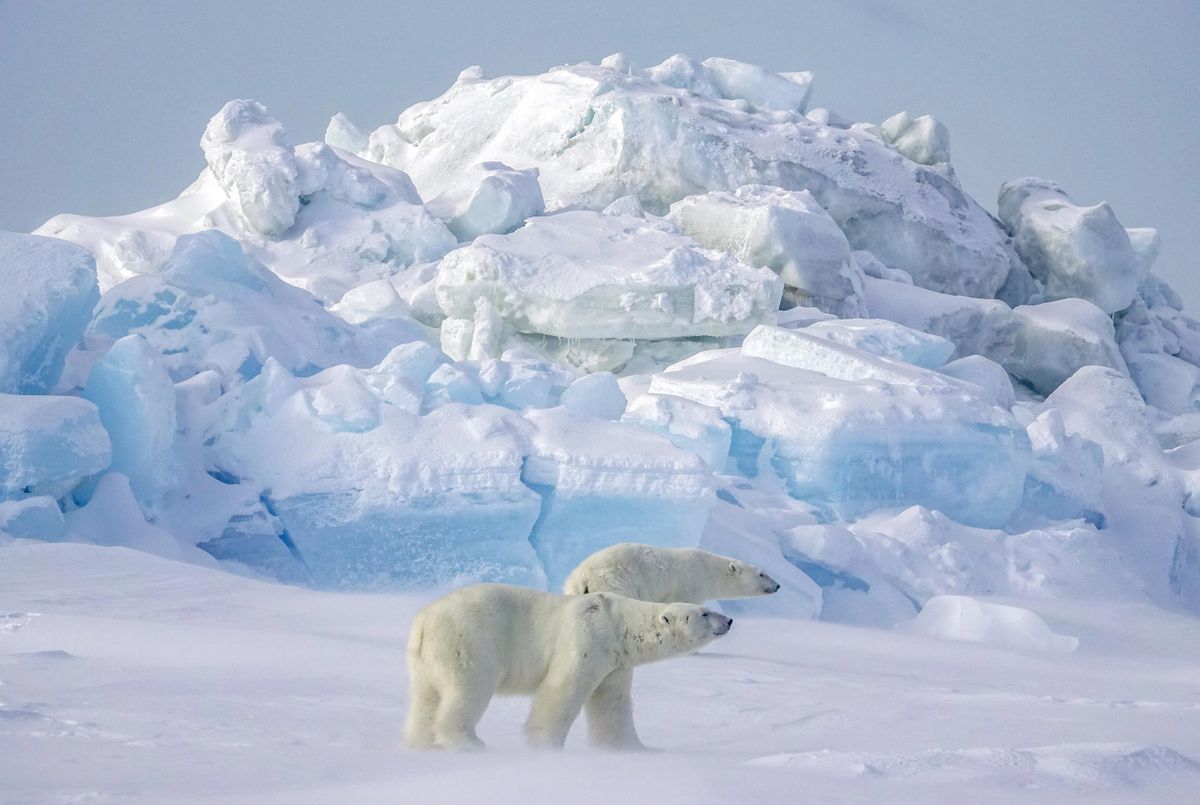 A top Trump official at the Interior Department has delayed the release of a study that shows how oil and gas drilling in Alaska could encroach upon the territory of polar bears, which are already struggling for survival as a warming planet melts their habitat, according to documents obtained by The Washington Post.

In an unusual move, U.S. Geological Survey Director James Reilly has refused to make public the study by his own scientists of the number of female polar bears that den and give birth on land near the southern Beaufort Sea. That’s the same area that overlaps with federal land the Trump administration has opened up to oil and natural gas development.

The study has been ready for at least three months. But Reilly - a geologist by training and former astronaut - has questioned why it uses data collected by a former agency scientist now working for an advocacy group and why it doesn’t count each polar bear den individually, among other things, according to internal memos obtained by The Post.

The study, also obtained by The Post, notes that shrinking sea ice in the Arctic threatens the survival of polar bears while enhancing the opportunity for oil and gas development in the region: “The long-term persistence of polar bears (Ursus maritimus) is threatened by sea-ice loss due to climate change, which is concurrently providing an opportunity in the Arctic for increased anthropogenic activities including natural resource extraction.”

Federal officials are close to signing off on a $3 billion drilling project on the National Petroleum Reserve-Alaska, but the U.S. Fish and Wildlife is legally required to cite the USGS study before it can determine if drilling can proceed without causing too much harm to the region’s polar bears. Reilly has asked his staff why Fish and Wildlife officials “need a published version of this report” to proceed, according to an Aug. 20 memo.

The analysis also has implications for leasing drilling rights on the Arctic National Wildlife Refuge, because it finds that 34 percent of the western U.S. Arctic’s maternal dens lie on the refuge’s coastal plain. That is the same area Interior approved for leasing in August.

Rosa Meehan, who served as division chief for Fish and Wildlife Service’s Marine Mammals Program in Alaska between 1999 and 2012, said in an interview that the findings would not halt leasing on the refuge. But she said the study suggests that energy exploration there affects the bears most likely to be disturbed by it: mothers and their young cubs.

“Having this activity in maternal denning habitat means the activity is concentrated on the most vulnerable part of the population,” Meehan said.

Nicole Whittington-Evans, Alaska program director for Defenders of Wildlife, said the administration was hiding key information from the public at a time when there are just 900 remaining bears in the southern Beaufort Sea population, of which 573 live in Alaska.

“The report underscores that Southern Beaufort Sea polar bear population is facing a dual threat due to climate change and oil and gas drilling,” she said in an interview. “Suppressing reports by career scientists is a dangerous way to make policy, and a waste of American taxpayer money.”

USGS said in a statement that the agency’s leadership “routinely reviews and requests additional information on scientific reports to best understand the technical data of key references that are used in the model conclusions.”

“This is a longstanding practice to review scientific reports prior to publication to verify the strength of the science presented,” the statement said. “Our scientists are working to address requests for additional information.”

But one former USGS official familiar with the situation, who spoke on the condition of anonymity to discuss internal deliberations, called the delayed release “unprecedented” and troubling.

The delay to the public release of the report, which has already been peer reviewed and approved through the agency’s most rigorous scientific examination process, is the latest effort of political appointees at Interior to challenge federal scientific findings.

In February U.S. Fish and Wildlife took the unusual step of inviting public comment on a peer-reviewed published study by federal scientists that outlined ways the fossil fuel industry could minimize the harm to polar bears caused by its seismic tests in Alaska.

Oil and gas groups seized on the opportunity to attack the study. A subsidiary of Arctic Slope Regional Corp., a tribal corporation that backs expanded drilling in the Arctic, said the research could shut down coastal economic activity and harm its “businesses, communities' development, and the way of life on the North Slope.”

Reilly’s office has weighed in on other politically-sensitive studies, including one about climate-related flooding and another on the loss of billions of birds in North America. Last year, according to three current and former agency employees, Reilly’s office delayed the release of a study that found California would suffer more than $150 billion in damages due to sea level rise and flooding linked to climate change. During that incident, which was first reported by E&E News, the press office also rewrote the release accompanying the paper and cut references to climate change.

The polar bear study report has come under scrutiny because it relates to how drilling on the iconic Arctic National Wildlife Refuge and the National Petroleum Reserve-Alaska could affect the animals, which are protected under federal law.

Before federal officials can approve projects that could affect the bears - such as underground blasting to identify oil deposits or heavy construction - they must assess whether this work would change their behavior or kill them, a practice known as “incidental take.” They also have to determine how significantly these changes would affect the overall population.

This year Arctic summer sea ice shrunk to the second-lowest level since satellite records began 42 years ago, according to the National Snow and Ice Data Center. The report finds that no cubs born during the lowest summer sea ice year on record, 2012, survived.

Reilly, who has been USGS director since 2018, has repeatedly questioned his agency’s projections of climate impacts on everything from flooding to species, according to several current and former USGS employees, who spoke on the condition of anonymity to describe internal deliberations. The agency, which ranks as Interior’s largest scientific branch and conducts much of its climate research, often publishes research that underpins federal policy.

Two internal staff memos obtained by The Post recount the many questions Reilly has raised about the new paper. One written Sept. 11 describes how he raised concerns about researchers using “too many assumptions” to estimate the number of dens. An Aug. 20 memo recounts Reilly as having asked, “How do know where dens are? We should be able to document where every one is on the map.” Agency researchers replied that while they use thermal sensing and satellite data, an exact count is not feasible given the fact that polar bears' terrain stretches across a vast area.

Andrew Derocher, a University of Alberta biology professor and polar bear expert, said dens are buried under snow in “a featureless environment” and scientists are trying to spot holes that are sometimes 12 inches across. “These are just massive areas,” he said. “You’ll never find them all.”

Reilly also questioned the decision to include accompanying data compiled by Steven Amstrup, who served as the lead polar bear researcher for the agency’s Alaska Science Center between 1980 and 2010. Amstrup now serves as chief scientist for Polar Bears International, and has voiced opposition to the administration’s expansion of drilling on Alaska’s North Slope.

“As the member of an NGO that advocates for protections related to polar bears, is this a conflict of interest or inappropriate that he is co-author of those reports?” the Sept. 11 memo reads.

Agency scientists reply in the memo that Amstrup was not involved in the new assessment, but had to cited because he had identified dens and polar bear locations as the top polar bear researcher at USGS for 30 years.

Several experts who have reviewed the study provided by The Post said its findings were in line with other peer-reviewed assessments of polar bears in the southern Beaufort Sea region. The population has suffered steep declines in the past few decades as the sea ice they use for hunting and shelter has melted, a trend likely to accelerate in coming years.