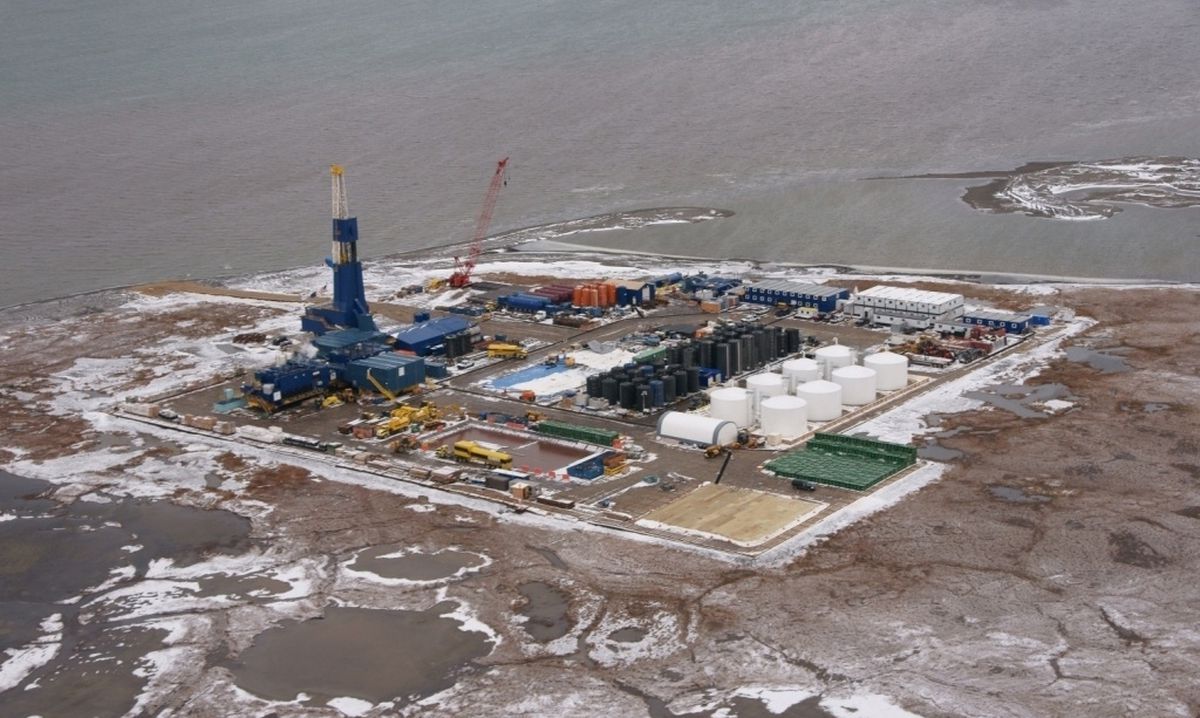 Alaska Gov. Mike Dunleavy is dusting off the struggling Alaska LNG plan advanced by his predecessors with a scaled-down, first-step concept that would see the construction of a pipeline carrying gas to Fairbanks, continuing Alaska’s decadeslong quest to capitalize on the North Slope’s massive gas fields.

Dunleavy unveiled the plan in an opinion article published by the Daily News on Monday, saying Alaska is “on the cusp of a generational dream” to deliver the gas to the Alaska road system to sell it to Fairbanks-area customers, at a cost of $5.9 billion. As currently envisioned, the plan relies on an as-yet-unnamed private partner, as well as federal dollars.

The North Slope’s gas fields are considered “stranded.” Since no gas line has ever been constructed to move it, the gas has never been produced for sale and export despite efforts to do so since the 1970s. The new plan stops short — more than 300 miles short — of a previous, $38 billion Alaska LNG plan to build a pipeline slicing down the state’s center to deliver the gas to a port to sell to buyers in Asia.

On Thursday, the board of the Alaska Gasline Development Corp., a state agency, approved a resolution to work with a private partner they did not publicly name. The partner would potentially take the project over from the state, a step the governor wants.

The phased project would provide several economic benefits to Alaska, where many thousands of jobs have been lost during the COVID-19 pandemic, said Frank Richards, president of the agency.

But in addition to private-sector funding, Richards said the plan also needs to receive federal infrastructure funds, or perhaps COVID-19 relief money, in order to happen.

“We are eyes wide open that there are large hurdles to still overcome to realize this,” said Doug Smith, chair of the gas line board.

Dunleavy, in his editorial, said he was skeptical of the “previous proposal” without naming Alaska LNG, which began to take shape nearly a decade ago under Gov. Sean Parnell.

The giant gas export project continued under Gov. Bill Walker, but the state took over in 2016 as the project’s oil company partners, BP, ExxonMobil and ConocoPhillips, backed away from investing in it due to its challenged economics.

Still, Alaska LNG last year under President Donald Trump received key permits authorizing construction and for right-of-way approvals for the line, a rare step among the many previous North Slope gas line proposals that have failed over the decades.

Dunleavy’s opinion piece said his administration and the state gas line agency have been working to develop a “phased, manageable plan” that addresses the project’s failures.

The state gas line agency had set a goal of identifying major investors to replace the former oil company partners by the end of 2020 to allow the project to continue.

“Alaska is many great things, but the state cannot responsibly finance, build and operate a major gas line, or manage the risks associated on its own,” the governor said in the opinion piece.

Dunleavy said the agency has been talking with “prospective private partners,” but he did not say who they were.

No company’s name was disclosed at the gas line agency’s Thursday meeting. The state and its potential private partner have signed confidentiality agreements, Smith said.

The gas line agency has hired two firms to lobby state and federal officials about the project, including Holland & Hart — with former Gov. Parnell, an attorney for the firm, generally working with Republicans — and Brownstein Hyatt Farber Schreck, with former Alaska Sen. Mark Begich generally communicating with Democratic leadership.

If the plan moves ahead, first gas is planned for delivery in 2025, with the gas traveling from ExxonMobil’s Point Thomson field to Prudhoe Bay, then to the Fairbanks area, according to a presentation on the agency’s website.

“The private sector would build, own, and operate,” the presentation says.

The main pipeline between Prudhoe Bay and Fairbanks would be 42 inches across, like the Alaska LNG proposal. But that pipeline would end in the state’s Interior, at least for now, traveling part of the distance of the original 800-mile line proposed to Nikiski.

In addition to putting thousands of Alaskans to work, the project will reduce high energy costs in Alaska, the presentation asserts. It could help bridge the world’s energy gap until renewable power is more common and could help improve the climate by replacing dirtier fuels, it says. It could also clear the air in the Fairbanks area, polluted in part because of wood-burning stoves.

“Alaskans with limited income spend a disproportionate amount of their money for heat and light while we sit on one the largest untapped natural gas reservoirs in the world,” the agency’s presentation says.

Larry Persily, a former federal Alaska gas line coordinator under President Barack Obama, said he believes the new pipeline plan will fail. Getting federal money for it will be difficult, especially from a Biden administration trying to slow planet-warming greenhouse gas emissions, he said.

“Yes, natural gas is cleaner than coal, but I don’t think that’s what the Biden administration has in mind,” he said. “I’d say the chance of getting a federal subsidy for a fossil fuel project in the Arctic in this day and age, is as close to nil as mathematically possible.”

Persily said the initial phase of the project may cost less than the Alaska LNG project, but it’s still challenged because it delivers gas to the tiny Fairbanks-area market with about 100,000 people, Persily said.

“So now you are left with an unaffordable $6 billion rather than a bigger number that’s unaffordable,” he said.

“This is not shovel ready,” he said. “This is dream ready.”

Former Gov. Walker is helping lead a private venture, Alaska Gasline and LNG, that has sought to take over the project from the state. He said his group is not currently involved in the new plan but could join the project if the state were willing, and under the right circumstances.

Walker said he has concerns about the proposal now on the table because the gas line corporation appears to have no large, global customers lined up. They are needed to support the full $38 billion project, as well as the first phase to Fairbanks, he said.