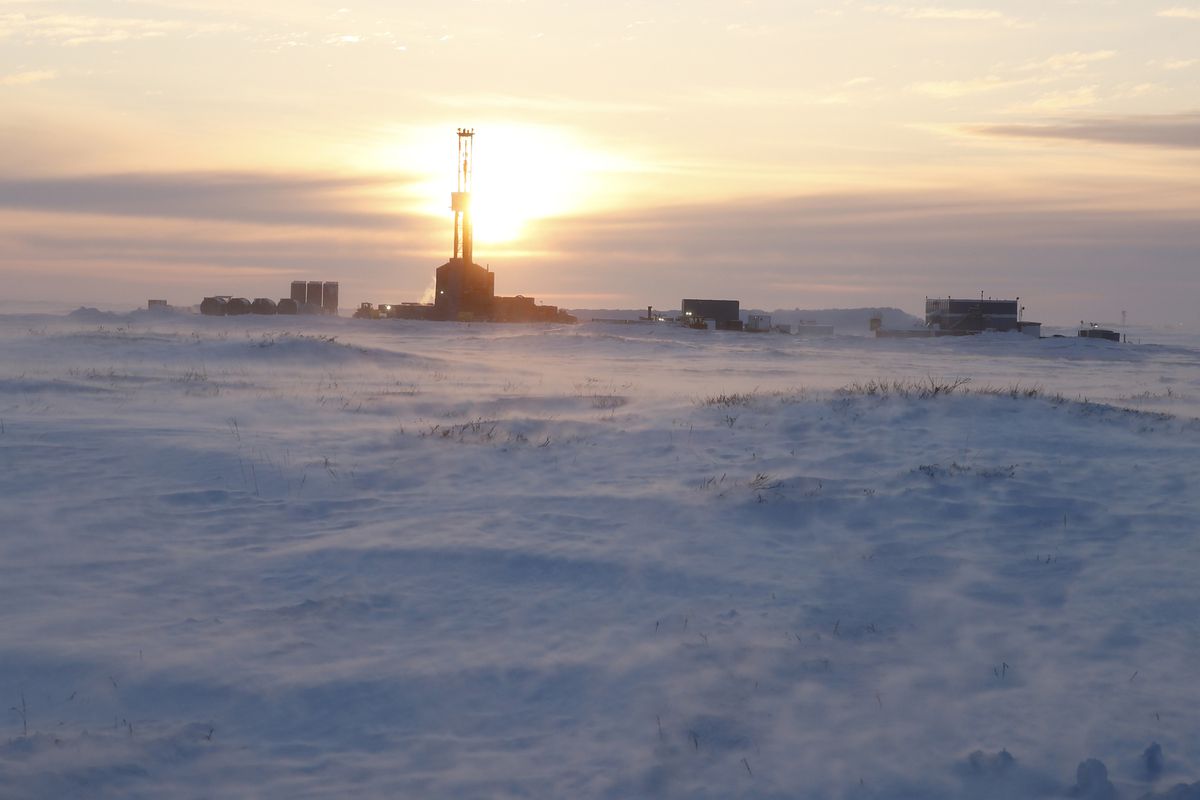 Despite semi-recovered oil prices, ConocoPhillips this week reported a loss of $772 million in the fourth quarter of 2020, with much of that attributed to an asset downgrade in the company’s Alaska operations.

According to a corporate statement, the Alaska segment loss stemmed from “non-cash impairments related to the Alaska North Slope gas asset.” A detailed breakdown of the company’s quarterly financials lists an $841 million impairment in its Alaska business, which subsequent to other adjustments led to a $643 million special item expense.

Alaska spokeswoman Rebecca Boys wrote via email that the loss was “driven primarily by $648 million (after-tax) impairment of the Prudhoe Bay gas cap and related affiliate investments” recorded in the fourth quarter.

ConocoPhillips, the largest oil producer in the state, reported adjusted earnings of $5 million in Alaska during the quarter.

For the full year — one in which the industry was crushed first by a Saudi-Russian battle over market control and then the global pandemic — ConocoPhillips reported a loss of $2.7 billion in 2020, a wholesale reversal from the nearly $7.2 billion the company netted in 2019.

The $772 million quarterly loss was on the back of just more than $6 billion in revenue, the highest quarterly figure in the year but well short of the $7.7 billion the company generated to end 2019.

Full-year revenue was off 42 percent at nearly $18.8 billion, according to the Feb. 2 report.

CEO Ryan Lance said during a call with investors that ConocoPhillips will mostly hold its position in 2021 as oil markets continue a gradual recovery after wholly collapsing early in the pandemic last spring.

“Demand recovery is taking longer, spare supply remains and (oil) inventories remain elevated. It makes no sense to grow into this market environment so we’re choosing to stay at a sustaining level for the year,” Lance said.

Sustaining in 2021 means largely returning to 2019 operating levels after the company drastically curtailed production earlier this year only to bring much of it back when oil prices began to improve.

The price of Alaska North Slope crude averaged $50.32 per barrel in December and $55.56 per barrel in January, each the highest price at the time since March.

Lance said ConocoPhillips plans to spend roughly $5.5 billion on capital projects this year primarily aimed at sustaining production. He specifically mentioned about $400 million will be set aside for project development and appraisal work predominantly in Alaska.

“We’re driving for free cash flow growth not production growth,” Lance said of the next 11 months.

The company’s global production is expected to average about 1.5 million barrels per day, on-par with 2019.

As for the executive actions taken by President Joe Biden in the first days of his administration to “pause” oil and gas leasing on federal territory, Lance said ConocoPhillips leaders were not entirely surprised by the moves, as they made good on promises he made during his campaign.

He added that ConocoPhillips has sufficient “low-cost, low-GHG,” or greenhouse gas reserves, to withstand a longer-term moratorium on federal oil and activity without meaningfully changing its business.

“Obviously we hope these temporary actions are resolved in a timely fashion and we are certainly watching this situation closely,” Lance said.

He noted ConocoPhillips has set internal emissions targets in-line with Paris Climate Accord goals and is trying to reduce its methane emissions companywide.

“At least for now we believe the highest value we can create for all our stakeholders is by being the best (exploration and production) company in the business,” Lance said. “The world needs clean, low-cost barrels that are safely delivered by disciplined, free cash flow and returns-focused companies like ConocoPhillips.”