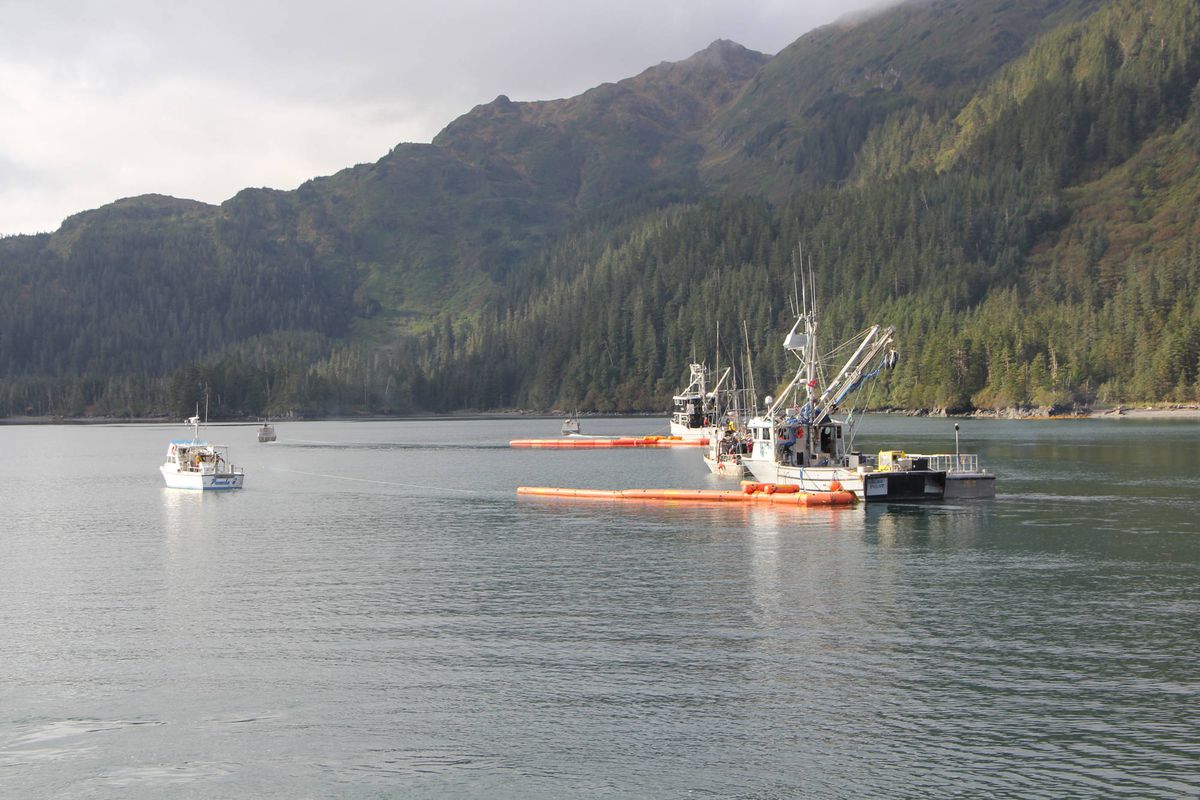 A decision to cut positions from the state agency charged with preventing oil spills despite potential new revenue is a step toward longer-term sustainability, according to the Dunleavy administration, while the group dedicated to preventing another Exxon Valdez insists it is a needless step towards unpreparedness.

Gov. Mike Dunleavy’s 2022 fiscal year budget proposal calls for eliminating five positions from the Spill Prevention and Response, or SPAR, Division, which is a move Department of Environmental Conservation leaders settled on several years ago to keep SPAR on a gradual path to maintaining solvency, Commissioner Jason Brune said.

“We believe that we can continue to responsibly prevent oil spills and clean up contaminated sites, which is the role of SPAR, with FY22 funding levels,” Brune said in an interview.

He emphasized that the position reduction is part of a multi-year plan developed to reduce the number of funded positions in SPAR by up to seven each year rather than cut up to 30 positions at once as he was told would eventually be necessary when the Dunleavy administration took over in late 2018.

“We can’t go and ask for additional positions if we’re not filling the current ones we have,” he said.

The division would have 123 positions next year with the cuts under the governor’s budget.

SPAR is funded by surcharges levied on each taxable barrel of oil produced in the state and each gallon of fuel produced at Alaska’s refineries instead of general fund appropriations, so lawmakers and the administration are able to forecast with a reasonable degree of accuracy how much money will be available to the division.

Members of the Prince William Sound Regional Citizens’ Advisory Council, the public oversight body created by Congress after the 1989 Exxon Valdez oil spill, argue the department is voluntarily hamstringing itself while a once-popular bill to add funding is making its way through the Legislature.

The revenue decline mostly stems from the fact that the prevention account was historically funded by a 4 cents per barrel surcharge on produced oil, meaning SPAR funding is also tied to the long and gradual decline in North Slope production. The Legislature added the fuel surcharge in 2015 to address the issue but inflated estimates of how much fuel Alaskans consume have since led to less new revenue than was initially expected.

As a result, draws on the prevention account are exceeding surcharge revenue by more than $1 million per year and is on pace to be depleted by 2025 without increasing the fuel surcharge to 1.5 cents per gallon, the council stresses.

The prevention account held $8.5 million at the end of 2019, according to the division’s annual report.

HB 104 primarily deals with increases to the state’s motor fuel taxes and largely mirrors legislation that was passed by the Senate last year and was nearing approval in the House before the onset of COVID-19 pushed the Legislature to adjourn early. It was moved out of the Transportation Committee March 16 and will next be taken up by House Finance.

PWSRCAC Executive Director Donna Schantz testified to House Transportation before the bill was passed out of the committee that the “chronic” revenue issues in the prevention and response funds have led DEC to cut 17 positions from SPAR since 2015.

“The division is beyond doing more with less and is now having to make difficult choices about how to do less with less and still meet its statutory responsibilities,” Schantz said, also contending that SPAR staff will have to prioritize and delay some work cleaning up the more than 2,400 contaminated sites across the state.

Koch had emphasized the need to increase funding for the division and keep the five positions before leaving, council spokeswoman Brooke Taylor wrote in an email.

Brune said in an interview that Koch had concerns about staffing levels at SPAR but he couldn’t comment further on personnel issues.

“Whenever you take cuts there is concern and I appreciate that concern,” he said. “I’m really sad that Denise left.”

Koch did not respond to questions in time for this story.

Last fall, Brune told the council that he would advocate to the governor’s office for increasing revenue to the prevention account but the best way to that over the long-term was through increased North Slope production, he said.

Now, Brune said he still supports the surcharge increase in HB 104, but noted the bill has yet to get through the Legislature and Dunleavy may veto it so he expects to move forward with the position cuts regardless of whether the bill passes. Doing so would allow SPAR to maintain 2022 budget levels for the next 10 years based on modeling by the department, while keeping the five spots would cut the sustainability period to six years, according to Brune.

HB 104 sponsor Josephson said in an interview that he finds Brune’s assertion that more production is the best solution to SPAR’s funding issues “bizarre” and the administration’s decision to cut the positions whether additional funding is available or not is consistent with their review of spill prevention and response rules, which he sees as an industry-backed deregulatory effort.

“They just don’t have much passion for monitoring and regulating the threat of oil spills. That’s just not a thing they’re particularly concerned about” Josephson said.

Brune said he first came to Alaska as a biologist to work on sea otters oiled in the Exxon Valdez spill.

“I promise you (preventing spills) is something I give the utmost passion to,” he said. “If I believe that we need to make increases and propose increases in the future I will do that. At present I do not believe that is the case.”