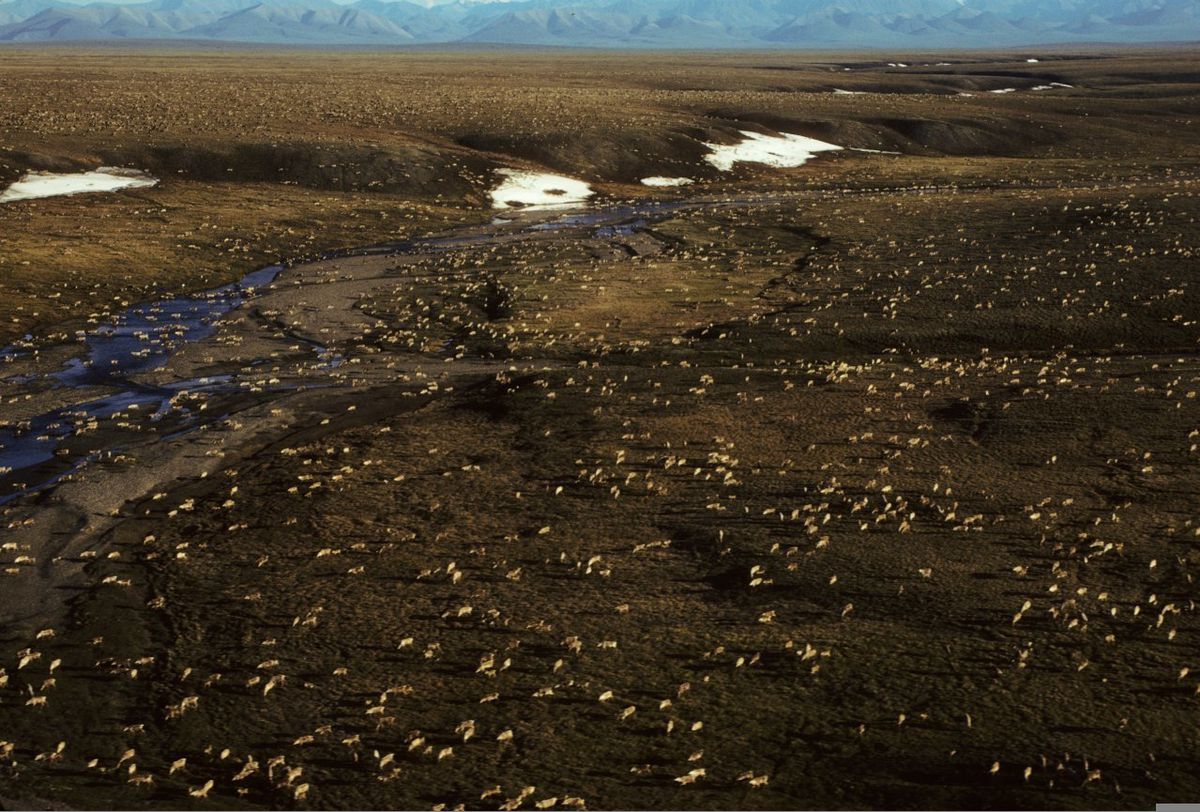 The U.S. Interior Department said Tuesday that it will suspend controversial oil and gas leases in the Arctic National Wildlife Refuge that were issued in the final days of the Trump administration.

The agency will also conduct a “comprehensive” environmental analysis of the oil and gas leasing program in the refuge, which Congress approved in 2017 at the urging of Alaska’s congressional delegation after decades of failed attempts.

“The department is notifying lessees that it is suspending oil and gas leases in the Arctic Refuge, pending the review, to determine whether the leases should be reaffirmed, voided, or subject to additional mitigation measures,” the agency said in a statement Tuesday.

During his campaign, President Joe Biden vowed to permanently protect the refuge from drilling, and on his first day in office he placed a temporary moratorium on oil and gas activity in the refuge. Biden’s order suggested that a review of the oil and gas program, conducted by the Trump administration, was legally flawed.

Conservation and tribal groups who are suing to stop development in the refuge, amid concerns about impacts to imperiled polar bears, caribou and Native subsistence hunters, supported the move announced Tuesday.

But news of the lease suspensions angered Alaska leaders and others who have long sought oil production within the 1.6-million-acre coastal plain inside the refuge.

“We are very disappointed with this decision,” said Alan Weitzner, executive director of the Alaska Industrial Development and Export Authority.

The state agency snatched up seven of nine leases in a Jan. 6 lease sale held under the Trump administration in the hope that it could one day attract private partners to eventually explore the coastal plain for oil.

Asked if a lawsuit could be next, Weitzner said it was too early to say.

“This is a major move the Biden administration has taken, and we’re trying to digest it,” Weitzner said. “We remain very focused on the rights we have under those leases.”

The U.S. Geological Survey has estimated that the coastal plain could hold 8 billions of barrels of oil. Alaska leaders have long sought to allow drilling in the area, about 8% of the 19-million-acre refuge. A major oil discovery would boost jobs, state revenues and help keep oil flowing in the 800-mile trans-Alaska pipeline.

The Interior Department’s announcement comes just days after the Biden administration threw its support behind ConocoPhillips’ large Willow oil field, in the National Petroleum Reserve-Alaska west of the refuge.

On Tuesday, Interior Secretary Deb Haaland signed a secretarial order that said the refuge’s leasing program contains multiple deficiencies, including not adequately analyzing other alternatives as required under the National Environmental Policy Act.

Within 60 days, the agency will publish a notice of intent in the Federal Register to launch the environmental analysis to address the legal flaws in the program. The agency will decide what action to take with the leases following the analysis, the order said.

U.S. Sen. Dan Sullivan told reporters last week that the Biden administration has an “enormously high legal bar” to meet to halt drilling in the refuge. The 2017 law required two lease sales, one by the end of 2021 and the other by 2024. The federal government has already issued property rights, in the form of the leases, adding another hurdle.

Sen. Lisa Murkowski, in a statement from Alaska’s congressional delegation Tuesday, called the announcement “outrageous” but not surprising while Rep. Don Young said the Biden administration had made a “grave” error.

Gov. Mike Dunleavy said the Trump administration followed the law before holding the lease sale. The leases held by the Alaska Industrial Development and Export Authority are valid and cannot be revoked, he said.

“Neither the president nor the secretary are given the discretion to decide otherwise,” he said.

“I oppose this assault on Alaska’s economy and will use every means necessary to undo this egregious federal overreach,” he said.

Erik Grafe, an attorney representing the National Audubon Society and other conservation groups in one of the four lawsuits against the leasing program, said Biden can revoke the leases even though the law required the sales.

The lease program had to follow existing laws to be implemented, such as the National Environmental Policy Act. It’s clear the Biden administration believes it did not do so, he said.

The Trump administration held the Jan. 6 lease sale after U.S. District Court Judge Sharon Gleason allowed the sale to proceed. But the sale produced little interest after major banks announced they would not finance new oil and gas projects amid climate change concerns.

No major oil companies bid in the sale. In addition to the AIDEA leases, a small company from Australia and another from Alaska won 10-year leases. The sale raised about $12 million, hundreds of millions of dollars less than the Congressional Budget Office estimated it would raise when Congress agreed to open the refuge to drilling.

North Slope Borough Mayor Harry Brower said in a statement Tuesday that efforts to stop drilling in the refuge counteract local support for the project in the borough and Kaktovik, the only village in the refuge. And the Arctic Slope Regional Corp., representing Alaska Native shareholders from the North Slope, said in a statement that Tuesday’s action reneges on promises made to the leaseholders.

“We are disheartened by this decision, as opening the (coastal plain) to oil and gas development is a valuable way to bring jobs and opportunity — like health clinics, support for our schools and other benefits — to our communities,” ASRC said.

Bernadette Demientieff, executive director of the Gwich’in Steering Committee, said the Biden administration took the right step. The group represents Gwich’in people in Canada and Alaska, including in Arctic Village, located outside the refuge’s southern boundary.

“After fighting so hard to protect these lands and the Porcupine caribou herd, trusting the guidance of our ancestors and elders, and the allyship of people around the world, we can now look for further action by the administration and to Congress to repeal the leasing program,” said Demientieff.

Ellen Montgomery, with Environment America, said in a statement that the lease program was rushed.

“We’re calling on Congress to establish permanent protections for this wild, remote area,” she said. “Oil leases should never have been sold in the Arctic National Wildlife Refuge, and we now need our leaders to make sure it never happens again.”