New magazine hopes to capitalize on the Alaska food movement 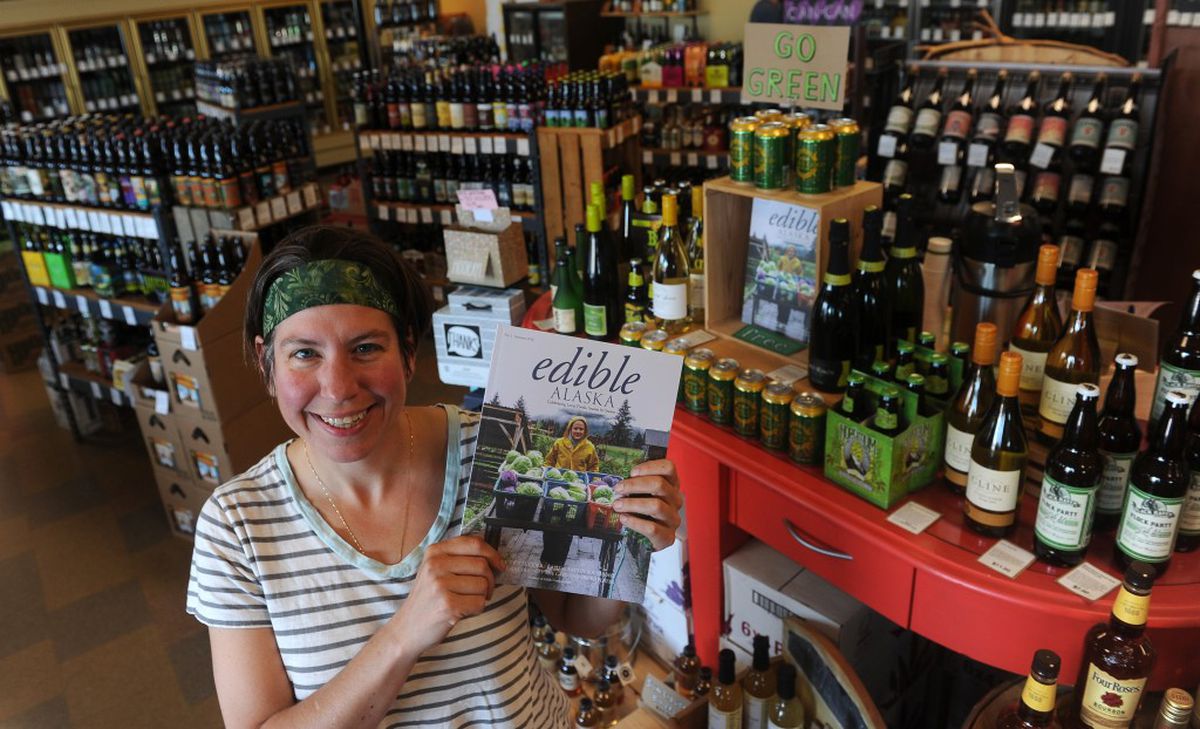 Mary Smith has had a varied career when it comes to food. She worked on a commercial salmon troller in Sitka, studied at the Culinary Institute of America, and is a professional chef with over a decade in seafood marketing.

Now she's adding a new venture: She'll be co-owner of an Alaska-centric food magazine with her husband, David Whitmire.

"I never thought I'd be a publisher," Smith said Monday. "I still feel goofy saying it."

Smith, who is also the editor of Edible Alaska, began dropping off copies of the 40-page magazine around Southcentral Alaska this week. Eventually, she says, 10,000 of the free quarterly magazines will be available all over Alaska.

While it might be new to Alaska, Edible magazines have been gaining traction across the United States in recent years. There are over 80 Edible magazines in the U.S., from Manhattan and San Francisco to Madison, Wisconsin, and Memphis, Tennessee.

Smith and her husband essentially franchised an Alaska version of the magazine last summer. Smith, who said she's an avid magazine reader, first encountered Edible magazines while marketing seafood in Chicago in the early 2000s. She thought Alaska should have a version but pushed the idea aside, thinking it wasn't right for her at the time.

Flash forward to summer 2015, when Smith, working on a commercial salmon troller based in Sitka, found herself in the Sitka library, perusing periodicals and wondering what to do next after a slow start to the fishing season.

It hit her that it was finally time to start an Edible magazine. She knew others were interested in starting a version of the magazine in Alaska, but nothing had materialized.

"I thought, 'I'm going to feel bad if there's an Edible Alaska and I'm not involved,' " she said.

A year later, the first issue is out. Articles include a profile of the owners of a new cidery, Double Shovel Cider Co., and a feature about a farm in Sitka that's trying to minimize waste through dumpster diving.

While Smith does the bulk of the work selling ads and developing content, she said, the content of the magazine is independent and not "advertorial."

Smith said she wants the magazine to reach a diverse audience that's not just foodies. Alaska's food security challenges — most of Alaska's food is imported from Outside — will be a constant theme, she said, but not in a doom-and-gloom kind of way.

"We'll be looking at successes, too," she said, "with ideas on how people can eat local better."

Smith said she has always been obsessed with the stories behind the food, whether that was knowing more about farmers or the backstory of the person chopping onions in the kitchen. She hopes the magazine celebrates that curiosity.

"This is about people getting to experience food," she said. "It's more than just shoving a hamburger in your mouth."

Liz Hodges Snyder, University of Alaska Anchorage associate professor of public health and co-chair of the Alaska Food Policy Council, said Edible Alaska comes at a time when Alaskans are "primed and ready to continue the conversation and celebration of local, healthy food cultures."

Hodges Snyder wrote that Alaska has always had a rich food culture, especially when it comes to traditional subsistence practices. While there's always been a rise and fall in local food interest, she sees Edible Alaska as a magazine in the right place at the right time.

"And I think, I hope, this current tide of interest is going to grow and have some staying power in light of our current economic struggles as a state," she said. "After all, history shows that tough economic times turn people's attention to how they can best provide for themselves and their community."

Smith understands that. She said she wants to hear from people about what stories they would like to see.

"We're starting to get it out there," she said. "I hope by summer 2017 it will be exactly what the people of Alaska will want from a food magazine."

Correction: An earlier version of this story incorrectly reported that Smith worked on a commercial salmon trawler. She worked on a salmon troller.