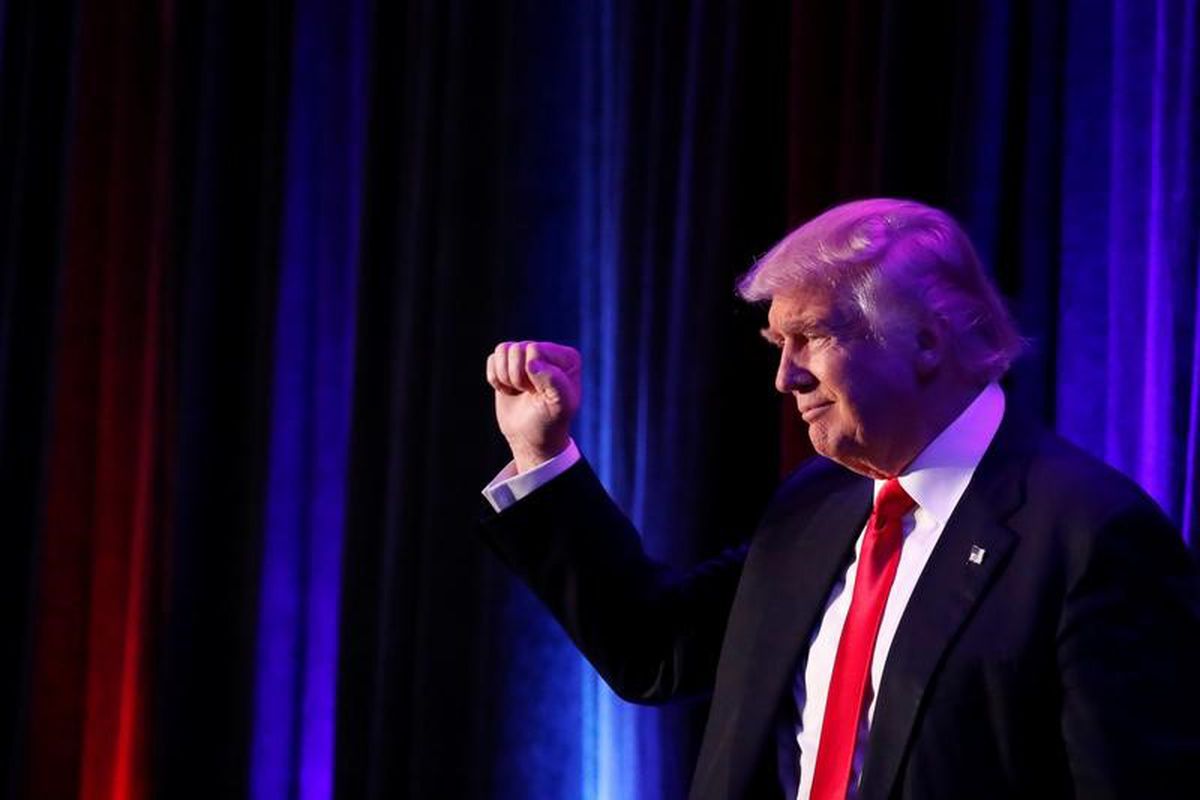 The morning after Donald Trump was elected president of the United States on a campaign to deport illegal immigrants and limit Muslim refugees, New Jersey mom Yasmeen Shehab awoke to the sound of crying.

Her 10-year-old, sobbing, jumped into her arms.

"President Trump is going to ban us and gonna make us leave America," Shehab's daughter wailed, terrified that despite their American birth she and her Muslim family would be deported. "Where are we going to go?"

Trump's angry anti-immigrant rhetoric and the presence of some white nationalists among his supporters have frightened many U.S. immigrants and minority groups.

On Wednesday, some immigrant workers reported taunts and harassment and children begged to be brought home from school amid ethnic or religious bullying, parents and teachers said. People took to social media to voice their anger and concerns, and rights organizations fielded calls from worried people seeking advice.

[Analysis: Stop saying 'This isn't my America.' Sorry, it is.]

Parents and many advocates, meanwhile, worked to calm people down. While Trump could undo some of Democratic President Barack Obama's legacy on immigration through executive orders, many of Republican's promises would require the cooperation of Congress and likely face court challenges. Experts have also cautioned that finding and deporting the country's 11 million illegal immigrants would carry enormous logistic and financial costs.

The Trump campaign did not immediately respond to a request for comment.

Among those for whom concern about deportation is the greatest are young people who are in the United States on a program started under an order from Obama that is opposed by many Congressional Republicans.

To request protection from the Deferred Action for Childhood Arrivals program, which shields young people brought to the United States as children from deportation, applicants must send the government a form with their parents' names and addresses. Obama enacted the program through executive order after a Republican-controlled Congress blocked the Dream Act.

"The government now has a list of people who are here without documentation – their names, their addresses, how long they've been here, where they work," said California Assemblywoman Lorena Gonzalez, a Democrat from San Diego who has been fielding calls from constituents all day.

Pakistan-born Sana Altaf, who has protection under the program and lives in New York, said her parents were legal residents and safe, but she worried about her own status.

"I have been crying all night, this morning," she said. "It's like someone telling you you're not welcome here."

Thomas Saenz, president and general counsel for the Mexican-American Legal Defense Fund in Los Angeles, said his organization has been telling callers to remain calm, stressing the constitutional protections and practical concerns that would render wholesale deportation of the 11 million undocumented immigrants in the United States unlikely.

"Trump's rhetoric was scary," Saenz said. "It was also unrealistic."

But Ignacia Rodriguez, a policy advocate with the Los Angeles-based National Immigration Law Center, said her group was not so certain that the Deferred Action database could not be used for deportations under Trump.

"The honest answer is we don't know what's going to happen," Rodriguez said.

[As Americans look north to flee Trump, Canada peers back in worry]

With so much uncertainty, Wednesday was full of worry and unpleasant encounters for many.

Lidia Calvo, an office administrator for a Massachusetts labor union, said she noticed that an immigrant cafeteria worker in her building seemed upset.

"She shared with me that somebody said to her …. 'have you packed your bags already?' " Calvo said.

At meetings for students to share their concerns at Aptos Middle School in San Francisco, some children sobbed openly out of concern about what might happen to their undocumented parents and family members, said Jason Hannon, the school's principal.

Shehab, 40, said her older daughter, 13, contacted her during school Wednesday to say that a boy who supports Trump's plan to limit Muslim immigrants was taunting her.

She begged her mother to pick her up, and was crying in the school office when Shehab arrived.

(Reporting by Sharon Bernstein in Sacramento, California; Additional reporting by Rory Carroll in San Francisco and Alex Dobuzinskis in Los Angeles, Luciana Lopez in Miami and Timothy Mclaughlin in Chicago)