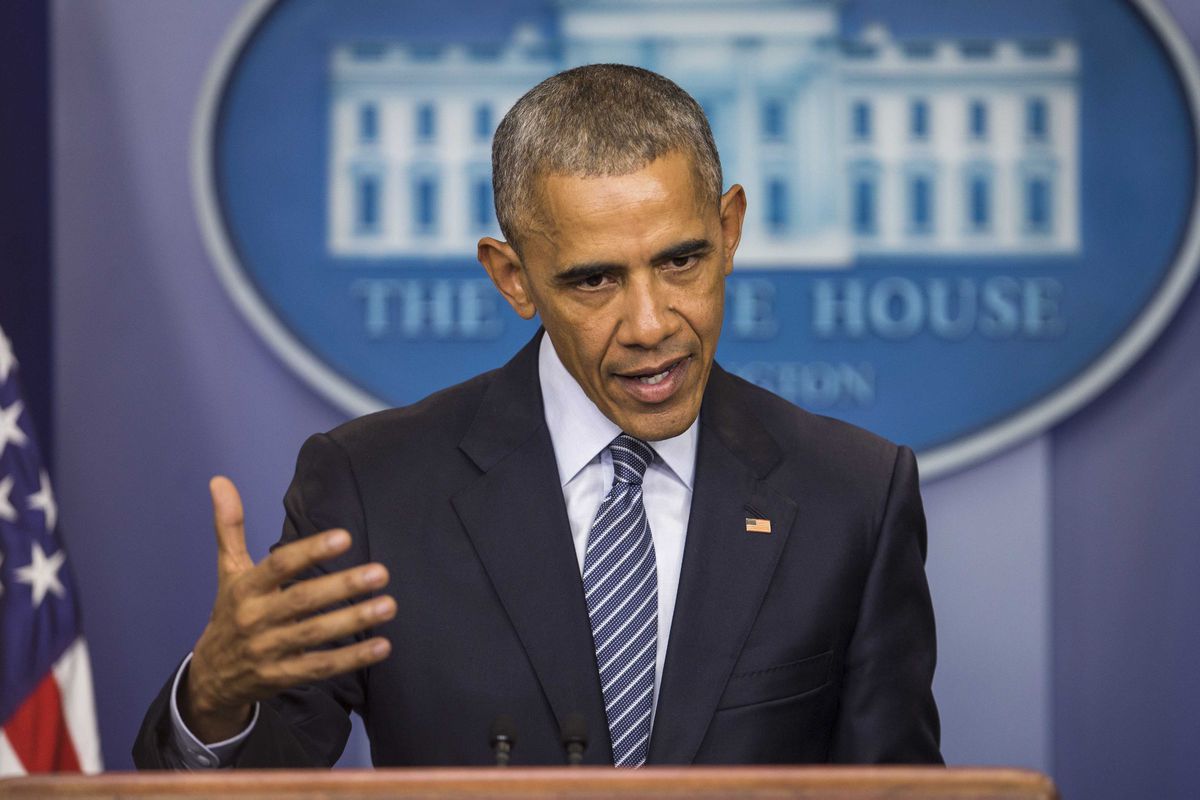 WASHINGTON — President Barack Obama said Monday that he had urged President-elect Donald Trump to reach out to minority groups, women and others who were alienated by his campaign, during the president's first news conference since Trump won the election in a stunning upset that has imperiled Obama's legacy.

"There are certain things that make for good sound bites but don't always translate into good policy, and that's something that I think that he and his team will wrestle with," Obama said in the White House briefing room. "I did say to him, as I've said publicly, that because of the nature of the campaigns and the bitterness and the ferocity of the campaigns, that it's really important to send some signals of unity, and to reach out to minority groups, or women, or others that were concerned about the tenor of the campaign, and I think that's something that he will want to do."

Obama also said he thought that Trump was entering office with fewer set policy ideas than other presidents-elect. "I don't think he is ideological," Obama said. "I think ultimately he is pragmatic."

Obama, who during the campaign called Trump temperamentally unfit and dangerously unqualified to be president, has since said his priority is to lead an orderly transition of power to help Trump succeed for the good of the country. He sidestepped a question about Trump's actions since his victory, including his selection on Sunday of Stephen K. Bannon, a media mogul whose website, Breitbart.com, has promoted white nationalist, racist and anti-Semitic views, as his chief White House strategist and senior counselor.

"Without copping out, I think it's fair to say that it would not be appropriate for me to comment" on Trump's personnel decisions, Obama said.

The president remarked last week that Trump's comments and behavior had been more statesmanlike since the election, saying that he had been "encouraged" by the change in tone. Since then, the president-elect has used Twitter to complain about postelection protests against him and object to the way The New York Times has covered him. Trump's elevation of Bannon, who was a top adviser to the campaign, has drawn scathing criticism from Democrats and some Republicans who warn that the president-elect is placing a divisive figure with fringe views deep inside the West Wing.

White House officials say Obama has not changed his view of Trump since the campaign this fall, when he condemned Trump as a bigot who had cozied up to white supremacists and could not be trusted with the nuclear codes. But Obama has told the American public that he believes the will of the voters should be respected.

During a 90-minute one-on-one meeting Thursday in the Oval Office, the president tutored Trump, who has no government policy or elective experience, on a wide range of domestic and foreign policy matters he will have to deal with on his first day in office.

Obama held the news conference just before departing for a weeklong trip to Greece, Germany and Peru — his final scheduled trip abroad as president — where he expected to face questions from anxious U.S. allies. For months, Obama assured the allies that Trump would not win the White House.

Now, he said Monday, he will tell European allies that they should not fear for the future of NATO under a Trump presidency.

In the Oval Office conversation Thursday, Obama said, Trump "expressed a great interest in maintaining our core strategic relationships, and so one of the messages I will be able to deliver is his commitment to NATO and the trans-Atlantic alliance."