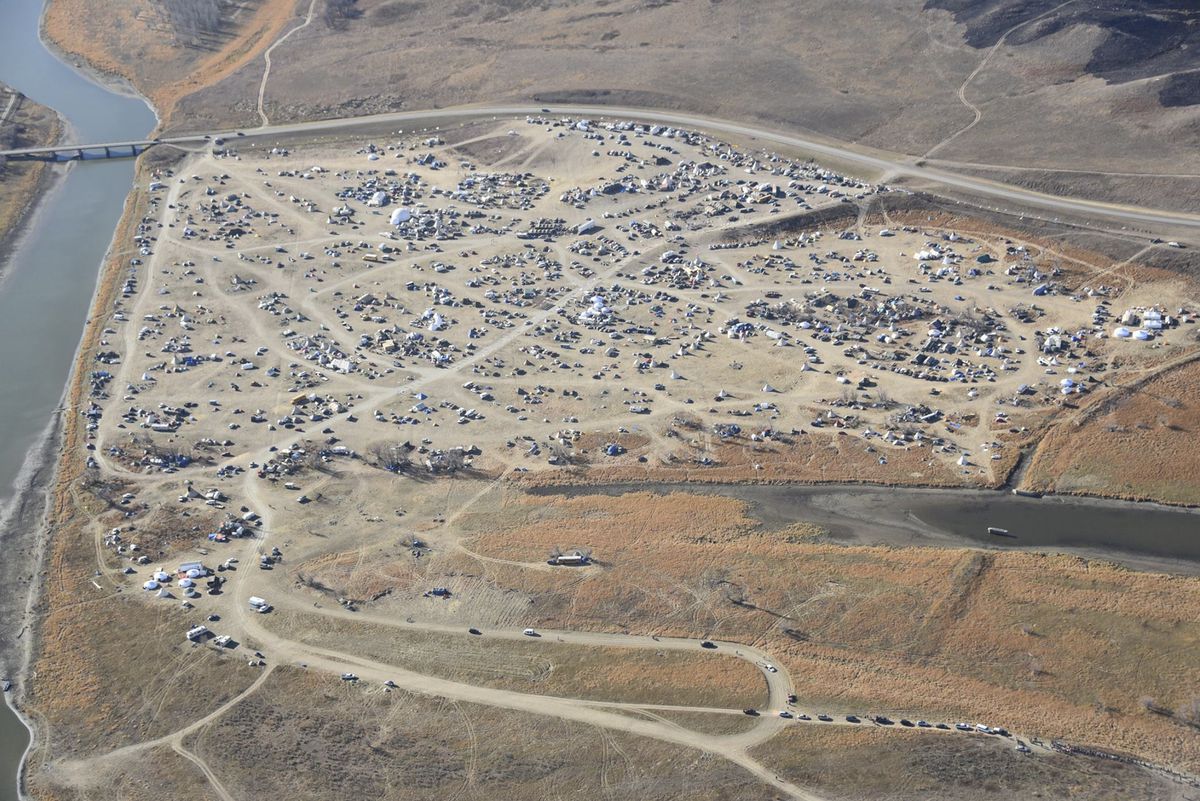 CANNON BALL, N.D. — North Dakota law enforcement will not make spot checks on vehicles headed to the camp where activists are protesting a pipeline project near a Native-American reservation, the governor's office said on Wednesday, backing away from a previous plan.

The decision indicated the state will not actively enforce Monday's emergency order to evacuate the camp issued by Governor Jack Dalrymple, who had cited a coming blizzard.

Local law enforcement said on Tuesday they planned a blockade of the camp, but local and state officials later retreated, saying they would only check vehicles for certain prohibited supplies like propane, and possibly issue fines.

"The governor has said there will be no checkpoints, no stopping of vehicles," said Jeff Zent, a spokesman for Dalrymple.

Activists have spent months protesting plans to route the $3.8 billion Dakota Access Pipeline beneath a lake near the Standing Rock Sioux reservation, saying it poses a threat to water resources and sacred Native-American sites.

The 1,172-mile (1,885 km) pipeline project, owned by Texas-based Energy Transfer Partners LP, is mostly complete, except for a segment planned to run under Lake Oahe, a reservoir formed by a dam on the Missouri River.

Meanwhile, Veterans Stand for Standing Rock, a contingent of 2,000 U.S. military veterans, intends to go to North Dakota and form a human wall in front of police, protest organizers said on a Facebook page.

U.S. Representative Tulsi Gabbard, a Democrat from Hawaii and a major in the Hawaii Army National Guard, has said on Twitter she will join the protesters on Sunday.

The veterans will bolster the thousands of people protesting at camps located on U.S. Army Corps of Engineers land, north of the Cannonball River in Cannon Ball, North Dakota.

The Army Corps, citing safety concerns, has ordered the evacuation of the primary protest camp by Dec. 5, but said it would not forcibly remove people from the land.

Additional reporting by Ernest Scheyder in Houston and Alex Dobuzinskis in Los Angeles,