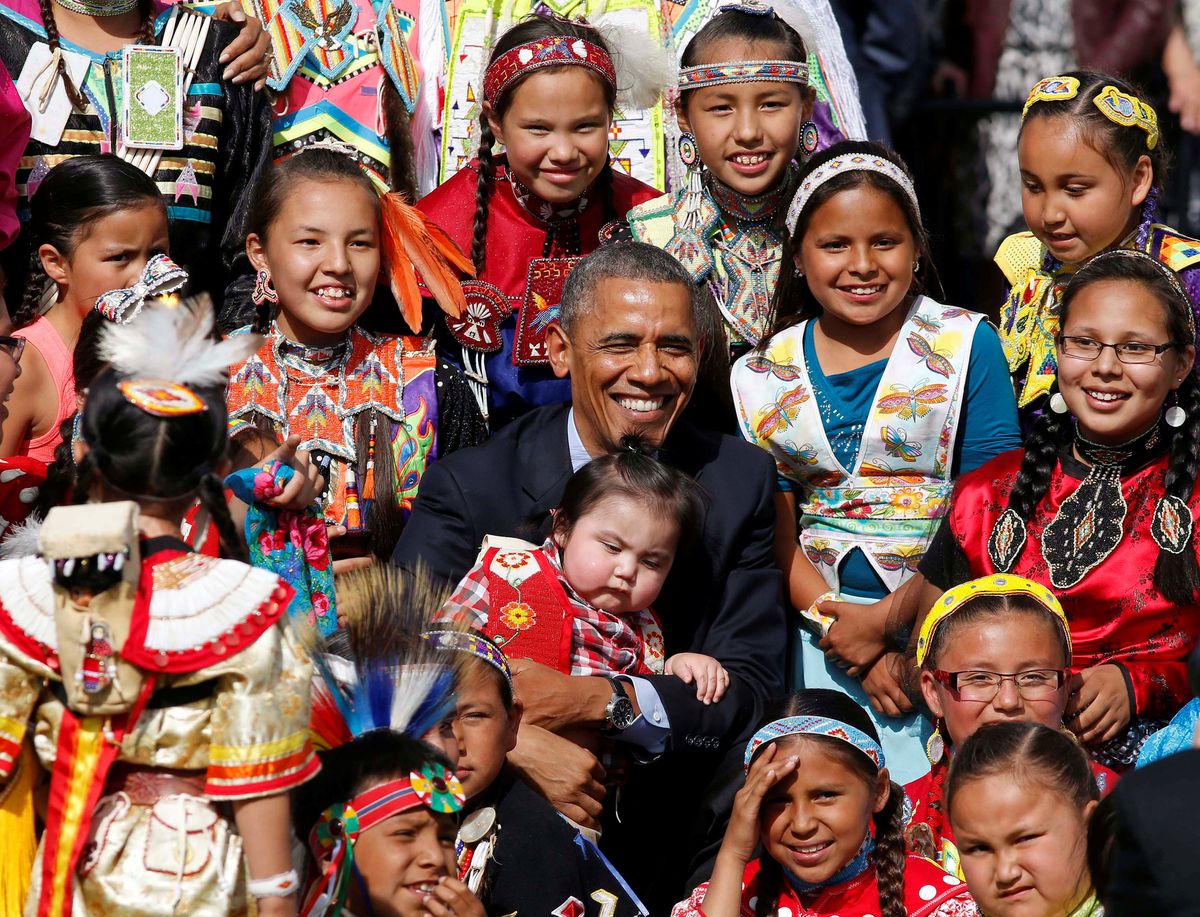 Three months ago a young Malaysian woman asked President Barack Obama about the protests taking place over the Dakota Access pipeline: She wanted to know what the president was doing "to ensure the protection of the ancestral land, the supply of clean water, and also environmental justice."

Obama was at a town hall with young leaders in Luang Prabang, Laos, thousands of miles from the sit-in on the Great Plains, and he did not have an answer: "I'd have to go back to my staff and find out how are we doing on this one," he said.

The standoff, which evolved into a massive gathering of tribal representatives, environmentalists, veterans and other activists from across the nation, took the president and his aides by surprise. But it quickly captured their attention.

Former assistant secretary for Indian affairs Kevin Washburn, who left the administration in January, said in an interview that Obama changed the federal culture around tribal affairs during his eight years in office.

Obama first connected with several tribes – including the Crow Nation, which he visited during his 2008 White House bid – because it was a voting bloc that was not automatically allied with his then-Democratic primary rival, Hillary Clinton.

But Raina Thiele, who volunteered for Obama in 2008 and worked for his reelection bid, said Native American concerns resonated with Obama. Thiele later worked in the White House's Office of Intergovernmental Affairs and Public Engagement and as a liaison to Native American communities.

"For him, it made a lot of sense, based on both who he is and what he cares about, that he can lift up this population that has not been treated very well," Thiele said.

Obama made a series of pledges during that first campaign, including that he would hold an annual White House conference with tribal nations, establish a White House liaison and require greater consultation between agencies and sovereign nations. He kept them all, and has settled more than 100 lawsuits with tribes since taking office.

A relationship that arose in part out of political necessity and nurtured by Obama's sense of the tribes' historic grievances had borne fruit.

The president and first lady visited Standing Rock in June 2014, where they spent an hour talking to young members of the tribe about the high rates of suicide, alcoholism and unemployment that dominate life on their reservation. The visit left a mark.

"They were affected to their cores," said Thiele, who helped arrange the meeting.

A week later the president called several members of his staff to the Roosevelt Room, Thiele added. Tearing up, she recalled, he told the group, "We needed to do something and he wanted to see real progress, especially for tribal youth, before he left office."

But some of those young Sioux have questioned whether Obama has really delivered, given the pipeline controversy.

Kendrick Eagle, who met with Obama on the reservation and again at the White House, released a video last week from the Oceti Sakowin camp in which he declares, "I'm here, standing with my people, talking to you and asking you if you can come and help us stop this pipeline. Because I just want you to stick to your word, that you said would have our backs as long as you were in office."

Still, these factors, along with the fact that dozens of tribes have joined with the Standing Rock Sioux, give tribal communities a degree of leverage in Washington they have not had in decades.

Last week 17 former Native American administration officials, including Thiele and former White House senior policy adviser Kim Teehee, sent a letter to Obama asking him to block the $3.8 billion pipeline project. Although she was not a signatory, Jodi Archambault Gillette, Obama's former special assistant for Native American affairs, is an active Standing Rock tribe member whose brother serves as chairman of the tribe.

Although Obama did not explicitly instruct the Army Corps of Engineers to not approve the easement needed to allow the pipeline to cross under North Dakota's Lake Oahe, he sent a clear signal to the Army Corps and other agencies last month when he said during an interview on the online start-up Now This News that there was a way to "reroute" it.

"My view is that there is a way for us to accommodate sacred lands of Native Americans," he said.

For Energy Transfer Partners, which says the 1,170-mile pipeline is 92 percent complete, the move smacked of politics. In a statement Sunday night, the company said the "further delay is just the latest in a series of overt and transparent political actions by an administration which has abandoned the rule of law in favor of currying favor with a narrow and extreme political constituency."

Jason Miller, a spokesman for President-elect Donald Trump, told reporters that the pipeline is "something that we support construction of and we'll review the full situation when we're in the White House to make appropriate determination at that time."

The next administration can undo the Army's move, although it would be more cumbersome and politically painful. Now that the agency has announced it will conduct a full environmental impact assessment of the project, it must provide a notice in the Federal Register that will be subject to a 30-day comment period, so the review may be just starting by the time Trump takes office.

Natural Resources Defense Council President Rhea Suh said in an interview that her group and others are prepared to raise legal challenges if the new administration short-circuits the environmental review. Suh, who served as the Interior Department's assistant secretary for policy, management and budget under Obama, said there is an unprecedented level of unity among tribal nations in regard to to these big projects.

"There is a groundswell of communities that are on the front lines, so to speak, standing up and saying, 'This is not what we want.' And I don't think you're not going to see that diminish at all."