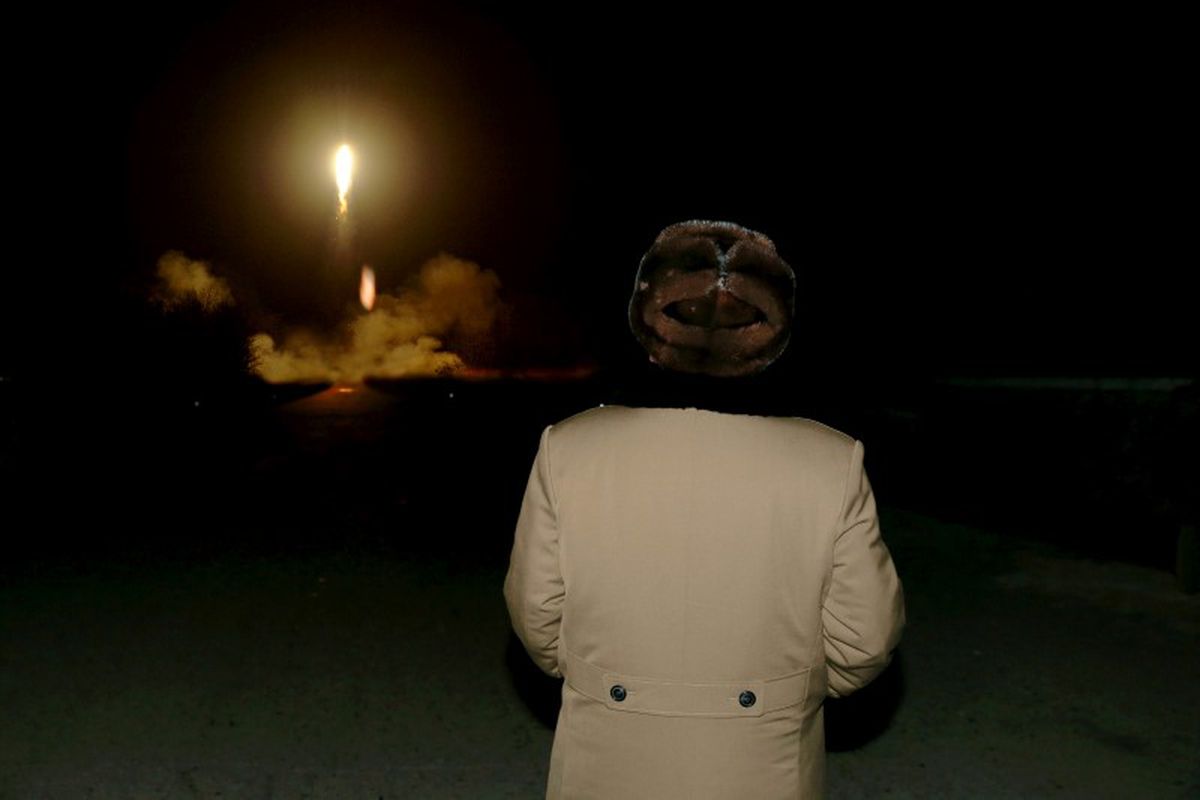 Kim Jong Un said North Korea is in the "last stage" of preparations to test-fire an inter-continental ballistic missile, adding to claims his isolated country has the technology to threaten the U.S. as Donald Trump prepares to take office.

Kim hinted at progress in developing the missile while outlining his regime's military achievements over the last year, according to a transcript of his New Year address released Sunday by the official Korean Central News Agency. Still, Pyongyang isn't showing any particular signs of an imminent launch, South Korea's Defense Ministry said Monday in a briefing posted on the government website.

North Korea "will continue to strengthen its ability based on nuclear might to mount a preemptive attack," Kim said during a half-hour speech that touched on issues including economic policy and ties with South Korea. Pyongyang has conducted three nuclear tests under Kim and launched rockets as it develops its arsenal. It has shunned U.S. demands to freeze its arms development in order for international disarmament talks to resume.

President-elect Trump, who takes office Jan. 20, likened Kim to a "maniac" during his campaign while suggesting he could meet him for nuclear talks. While Kim made no mention of Trump in his speech, his comments may spur speculation that North Korea will test a long-range missile around the inauguration date, seeking to raise the stakes ahead of any talks with the Trump administration.

"North Korea is showing its leverage ahead of future negotiations," said Kim Tae-woo, who teaches military issues at South Korea's Konyang University. "North Korea's hope to be recognized as a nuclear power through some sort of big deal with the U.S. hasn't lessened, and we may even be seeing Kim deploying ICBMs this year."

The regime said previously it had the ability to mount nuclear warheads on missiles that could reach the U.S., an assertion that was bolstered by its launch of a long-range rocket in February and another in August. South Korean officials have said North Korea may have made "significant" progress in developing missiles that can carry nuclear warheads.

Cheong Seong-chang, a North Korea analyst at the Sejong Institute near Seoul, said the regime may test a missile before Kim's Jan. 8 birthday or Trump's inauguration. And in an assessment of Kim's speech, South Korea's Unification Ministry said North Korea could conduct a test depending on "upcoming political circumstances."

In his remarks, Kim said he would "gladly join hands" with anyone who seeks better relations between the two Koreas. South Korea may hold a presidential election earlier than the current schedule of December after Park Geun-hye was impeached last month over an influence-peddling scandal.

Park has called for sanctions to pressure North Korea to end its nuclear ambitions. She is suspended from power while the Constitutional Court considers whether the parliamentary motion to impeach her was constitutional. If it agrees, a special election will follow in 60 days.

Former United Nations Secretary-General Ban Ki-moon and South Korean opposition heavyweight Moon Jae-in are neck-and-neck in presidential polls. Both served as senior officials under former president Roh Moo-hyun, who advocated greater exchanges with North Korea. Ban has yet to formally declare any plans to run while Moon said he'd welcome a chance to compete for the presidency.

North Korea is banned under UN Security Council resolutions from developing ballistic missiles and testing nuclear devices. The council in late November unanimously passed sanctions that include cutting North Korea's coal exports, one of the few sources of hard currency for Kim's regime, after the country conducted its fifth test in September.

With assistance from Jiyeun Lee