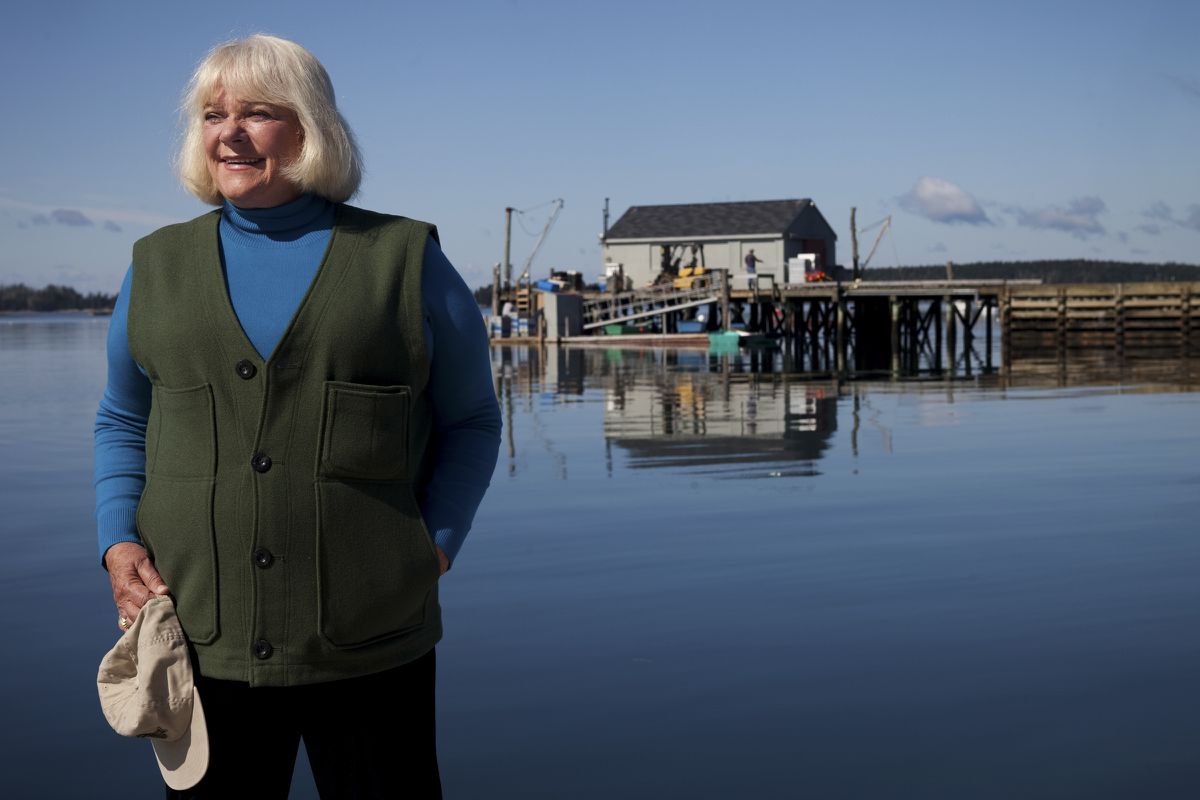 With a single tweet on Thursday, President-elect Donald Trump pulled L.L. Bean, the Maine retailer known for its boots, jackets and preppy New England aesthetic, back into a political crossfire.

The company was already facing a boycott from liberal customers after reports that Linda Bean, a granddaughter of the company's founder, had donated thousands of dollars to a political action committee that supported Trump's presidential campaign. The donations turned out to be illegal.

These are perilous times for brands, with partisans on both sides threatening boycotts. Grab Your Wallet, a group that opposes Trump, added L.L. Bean to its list. Company executives pleaded with the critics to reconsider. Shawn Gorman, L.L. Bean's executive chairman, declared Sunday that "we stay out of politics."

But then Trump, who has long had a penchant for promoting his favorite brands, offered a full-throated endorsement of the company on Thursday, a rare and highly unusual step for someone elected to the nation's highest office.

Thank you to Linda Bean of L.L.Bean for your great support and courage. People will support you even more now. Buy L.L.Bean. @LBPerfectMaine

Hope Hicks, a spokeswoman for Trump, said in an email on Thursday about Linda Bean, "Mr. Trump was merely thanking her for her support."

The tweet, which links to an account for Linda Bean's lobster business in Maine but urges Americans to buy L.L. Bean products, immediately put the company in the political cross hairs. Some social media users called the endorsement inappropriate, and others vowed to get rid of their L.L. Bean gear.

Gorman had responded to the recent calls for a boycott by saying that L.L. Bean does not endorse political candidates, make political contributions or support any political agenda, and he described Linda Bean's contributions as her personal decision. (Gorman himself donated $1,000 to Marco Rubio last year, and he has given to Carly Fiorina, the Republican National Committee and Sen. Susan Collins.)

"We fully acknowledge and respect that some may disagree with the political views of a single member of our 10-person board of directors," Gorman said in the statement posted on Facebook.

"Like most large families, the more than 50 family member-owners of the business hold views and embrace causes across the political spectrum, just as our employees and customers do. And as every member of the family would agree, no individual alone speaks on behalf of the business or represents the values of the company that L.L. built."

The company reiterated that position in a statement late Thursday.

L.L. Bean has faced pushback over the political activities of Linda Bean, an heir to the company who has long been an outspoken conservative. She ran unsuccessfully for Congress in 1988 and 1992, and the company wrote a letter to The Times distancing itself from her.

In 1993, a group of gay activists in Philadelphia, angered by what they said was her support of "right-wing causes and homophobes" during her 1992 campaign, began a boycott. A spokesman for L.L. Bean told The Boston Globe that some customers had asked to be taken off the company's mailing lists.

Linda Bean defended the company and her donations in an appearance on "Fox & Friends" that was broadcast Thursday. She called the Grab Your Wallet organizers "bullies."

"I never back down. If I feel I'm right, and I do feel that, they're bullies. That's all they are," she said.

The group appears to have presented itself as a super PAC, an organization that under federal law can accept unlimited donations from any person or business, and it ran ads in Maine attacking Hillary Clinton, Trump's Democratic rival.

In fact, the group had actually registered as a traditional political action committee — for which contributions are capped at $5,000 — and that made Linda Bean's contributions illegal. This month, the Federal Election Commission wrote to the PAC's treasurer asking for an explanation of the excessive contributions.

The group filed paperwork this week changing its name to Making Maine Great Again, while claiming that some of the contributions originally attributed to Linda Bean actually came from her sister, Diana Bean. The group also told the FEC that it should be registered as a super PAC.

The bitter partisan divide could continue to pose problems for businesses during the Trump era. As a businessman and celebrity, Trump has never hesitated to promote his favored products and companies. But doing so from the Oval Office, even informally, could lead to complications for him and for the businesses.

But publicly suggesting that Americans should shop at a particular retailer is highly unusual, said Michael Beschloss, a presidential historian.

"It's rare, if ever, that presidents do this," he said. "In general, presidents who have a sense of limited presidential power do not want to extend that power to the point of suggesting to Americans which products to buy."

Federal law prohibits employees of the government's executive branch from endorsing products, but the rule does not apply to the president or the president-elect.

What remains to be seen is whether this was a spur of the moment, one-time thank-you tweet, or whether Trump will continue to affect companies' fortunes based on their political support.

Shares of General Motors and Lockheed Martin have recently dropped in response to critical tweets from Trump. New Balance faced a consumer backlash after its vice president of communications expressed support for him in an interview. The brand had to contend with some consumers burning its sneakers, while distancing itself from an ensuing wave of support by white supremacists.

Advertisers now must check each day whether they are in Trump's "good graces or caught up in the crosshairs," said Andrew Gilman, chief executive of the crisis communications firm CommCore Consulting Group.

The campaign finance angle made Thursday's tweet unique, he added, and it could cause marketers to think about how to get a presidential endorsement.

"Is there a quid pro quo in the Trump Twitter world, where if you do something nice for him or give him a donation, that you're likely to get an endorsement tweet?" he asked. "That's new stuff."