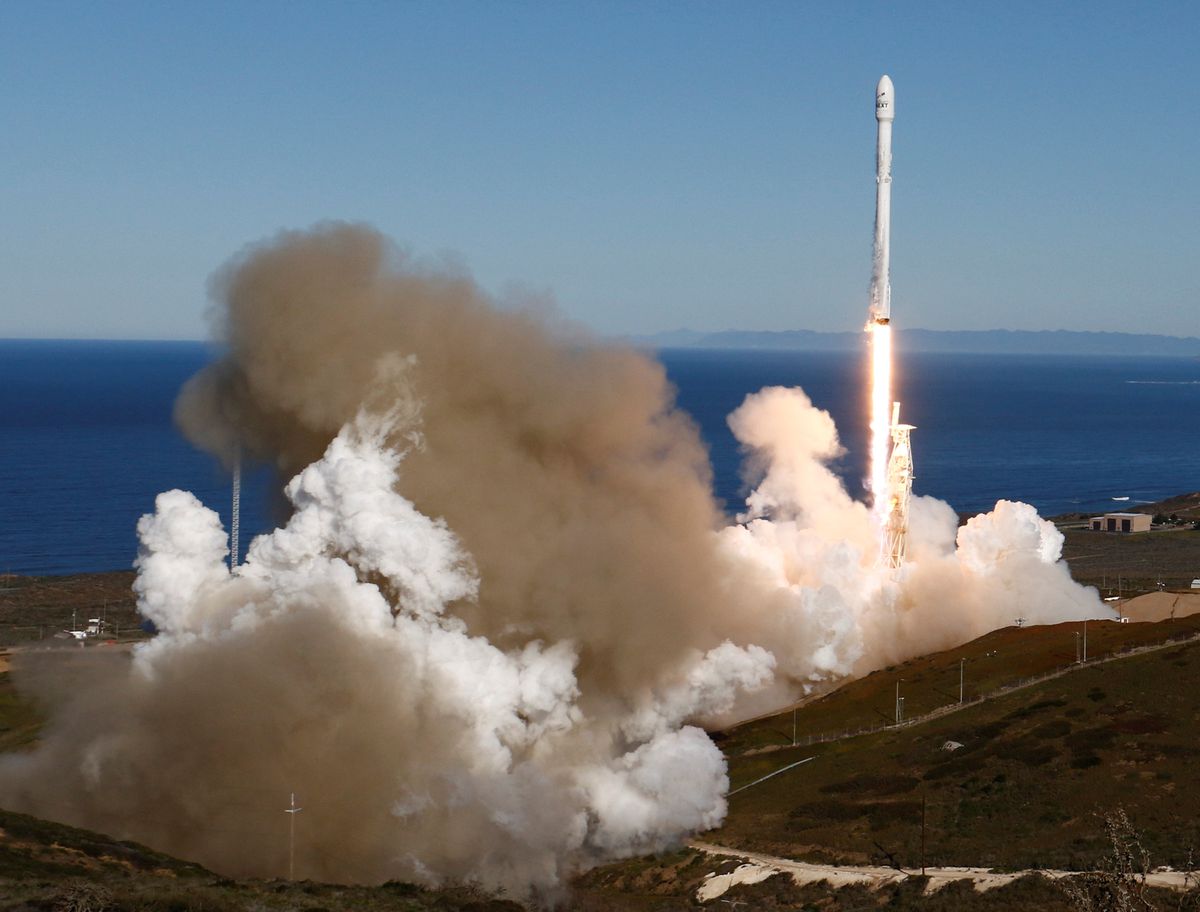 A SpaceX Falcon 9 rocket carrying 10 satellites was launched into orbit Saturday morning and landed its first-stage booster on a drone ship in its first launch since a September explosion.

The first-stage booster landed on a floating platform called "Just Read the Instructions" in the Pacific Ocean about 8 minutes after liftoff.

Analysts had described Saturday's launch from Vandenberg Air Force Base as "all-important" for the California company to re-establish customer confidence after a Sept. 1 launch-pad explosion in Florida destroyed a Falcon 9 rocket and a commercial communications satellite perched on top.

The explosion occurred while propellant was being loaded into the rocket.

An investigation led by SpaceX and assisted by the U.S. Air Force, NASA, the National Transportation Safety Board and industry experts, with oversight from the Federal Aviation Administration, concluded that the cause was a faulty lining in a pressurized vessel used for fueling.

The company said one of three such tanks, inside the rocket's larger, second-stage liquid oxygen tank, failed, probably after a buildup of liquid oxygen between the vessel's aluminum inner liner and its carbon overwrap ignited.

The vessels store cold helium that maintains pressure in the liquid oxygen tank.

The FAA said last week that it accepted the accident report and closed the investigation.

[NASA watchdog: Russia may benefit from delays by SpaceX and Boeing]

SpaceX said it would change the configuration of the vessels so warmer helium could be loaded, as the investigation found that the loading temperature of the helium was cold enough to form a solid, exacerbating the possibility of oxygen getting trapped. The company also said it would change helium loading operations.

A few weeks after the explosion, SpaceX said it expected to return to flight as soon as November. But that date slipped to December, and then January, as the investigation continued.

The company had been planning to launch on Jan. 8, but the date was pushed back to Monday. The launch then was rescheduled for Saturday because of bad weather.

The 10 satellites SpaceX launched Saturday will be operated by Iridium Communications and will be part of the McLean, Va., company's new satellite array to provide mobile communications services on the ground and in ships and airplanes.