Russia says it's ready to talk to Trump about nuclear arms and Syria, calls dossier a hoax 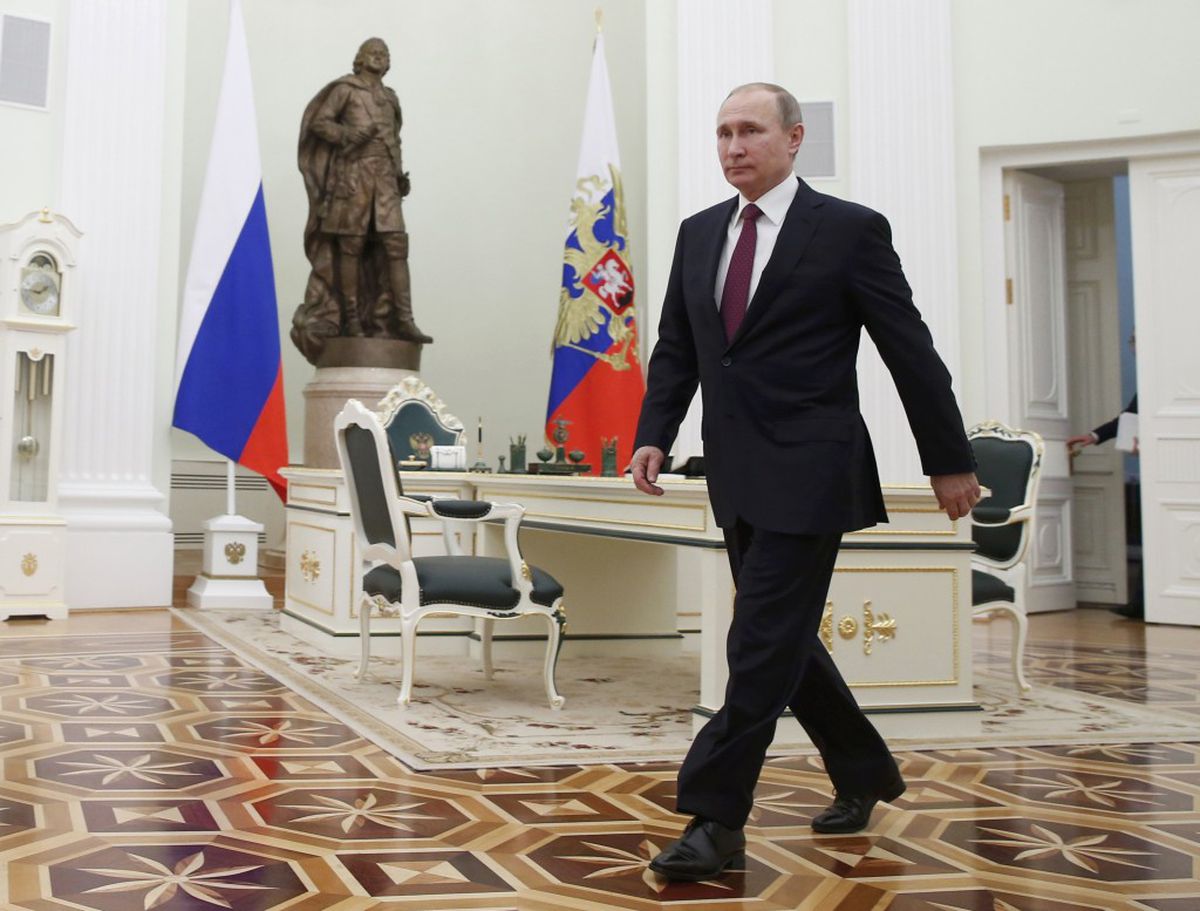 MOSCOW – Russian Foreign Minister Sergei Lavrov said on Tuesday that Moscow was ready to talk to U.S. President-elect Donald Trump's new administration about nuclear weapons and Syria, saying the two countries could together solve many of the world's problems.

Lavrov, speaking days before Trump's inauguration, used an annual news conference to flag potential areas of cooperation and to belittle what he described as malicious attempts to link Trump to Russia in a negative light.

Trump, who has praised President Vladimir Putin, has signaled he wants to improve strained ties with Russia despite U.S. intelligence agencies alleging the Kremlin chief ordered a cyber campaign to help him beat rival Hillary Clinton to the White House.

Russia denies it tried to sway the U.S. election by hacking or other means. It has also dismissed as a fabrication a dossier written by a former officer in Britain's Secret Intelligence Service, MI6, which suggested Moscow had collected compromising information about Trump.

Lavrov dismissed the dossier's author, Christopher Steele, as "a fugitive charlatan from MI6" and said the dossier looked like part of a campaign to cause problems for Trump and his allies. Putin on Tuesday called the same dossier a hoax.

While cautioning that the new U.S. administration would need to settle in before wider conclusions could be drawn, Lavrov signaled he was encouraged by the tenor of the Trump team's statements so far which he said suggested it would be possible to have a pragmatic relationship.

"Trump has a particular set of views which differ a lot from his predecessor," said Lavrov, who accused the Obama administration of wrecking cooperation across a swath of areas and of trying to recruit Russian diplomats as agents.

"By concentrating on a pragmatic search for mutual interests we can solve a lot of problems."

He said Syria was one of the most promising areas for cooperation, saying the Kremlin had welcomed Trump's statement that he wanted to make fighting global terrorism a priority.

"What we hear from Donald Trump (on Syria) and his team speaks to how they have a different approach (to Obama) and won't resort to double standards," said Lavrov.

On Syria, Lavrov said representatives from the new U.S. administration had been invited to take part in peace talks slated for Jan. 23 in Kazakhstan.

He hoped U.S. officials would attend, he said, as that would be the first opportunity for Moscow and Washington to start talking about closer Syria cooperation.

Moscow backs President Bashar al-Assad in the Syria conflict while Washington supports rebels opposing him, but both have a common enemy in Islamic State militants.

Lavrov questioned, however, whether Trump, in an interview he gave to The Times of London, had really suggested he would be ready to drop U.S. sanctions on Moscow in exchange for nuclear arms cuts, saying his own reading of the interview had not suggested any linkage between the issues.

But he said Moscow wanted to start talks with the United States on nuclear weapons and on the balance of military power between the two former Cold War foes anyway.

"It's one of key themes between Russia and the United States. I am convinced we will be able to restart a dialogue on strategic stability with Washington that was destroyed along with everything else by the Obama administration."

Such talks could cover hypersonic weapons, the U.S. anti-missile shield in Europe, space weapons, and what he said was the U.S. refusal to ratify a ban on nuclear testing. Trump has called for a nuclear weapons build-up.

Some commentators have said Senate hearings for some of Trump's picks show they will be tough on Russia. But Lavrov said he had been encouraged by Rex Tillerson, the incoming Secretary of State, whom he cited as saying Moscow's behavior was not unpredictable.

"(That) means that we are dealing with people who won't get involved in moralizing, but will try to understand their partner's interests," Lavrov said.

Tillerson had extensive dealings with Russia when he was the head of Exxon Mobil oil company.