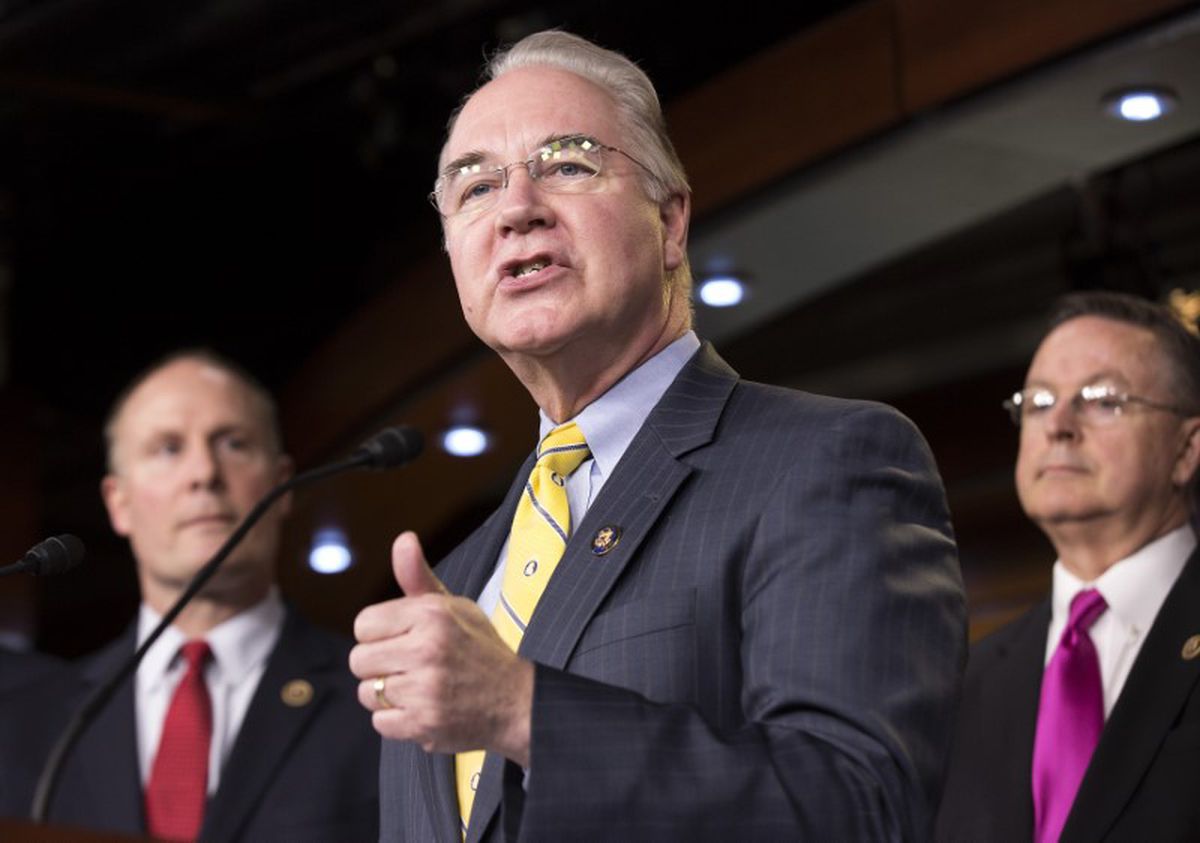 The most serious concerns surround personal investments by Trump's health and human services nominee, Rep. Tom Price, R-Ga., in health-care firms that benefited from legislation that he was pushing at the time.

Additionally, Rep. Mick Mulvaney, R-S.C., Trump's choice to head the Office of Management and Budget, has acknowledged during his confirmation process that he failed to pay more than $15,000 in state and federal employment taxes for a household employee.

And Commerce Department nominee Wilbur Ross revealed that one of the "dozen or so" housekeepers he has hired since 2009 was undocumented, which he said he discovered only recently. The employee was fired as a result, he added.

All of those are the kinds of problems that have torpedoed nominees in the past. But it is far from certain – or even likely – that any of Trump's nominees will buckle under the political pressure.

That is in part because the president-elect himself has broken so many norms – notably, by flouting the convention of major-party presidential candidates making their tax returns public and by refusing to sever himself from his financial interests while he is in the White House.

Critics say that Trump's actions and those of his nominees suggest that an incoming administration that promised to "drain the swamp" of Washington has instead brought in a new, lower set of standards.

Schumer recalled that former Sen. Tom Daschle, D-S.D., withdrew his nomination to become President Barack Obama's health and human services secretary in 2009 when a controversy arose over Daschle's failure to pay taxes for, among other things, the perquisite of having a car and driver. As with Mulvaney, Daschle blamed his lapse on an oversight.

"If failure to pay taxes was disqualifying for Democratic nominees, then the same should be true for Republican nominees," Schumer said.

When Daschle's nomination collapsed, Obama said: "Ultimately it's important for this administration to send a message that there aren't two sets of rules – you know, one for prominent people and one for ordinary folks who have to pay their taxes."

Thomas Mann, a senior fellow at the Brookings Institution, said that the vetting process for Cabinet nominees had been tightened considerably since the days of the Clinton administration, when problems arose that were similar to those facing Trump's nominees.

"From what we can tell, that process has not been vigorously applied by this transition team," Mann said. "If Donald Trump can blow away all considerations of conflicts of interest, it's a little hard to be insistent on these other matters. Trump is a category all by himself."

One factor making it easier for Trump's nominees to prevail in the GOP-controlled Senate is a 2013 rule change – ironically, one that was engineered over Republican objections by the Democrats who were then in the majority. It ended the ability of senators to filibuster Cabinet nominees, which means that nominees can be confirmed with 51 votes. There are 52 Republicans in the chamber.

"What's different now is that [blocking a nominee] is going to require Republicans to stand up to their own president," said Jim Manley, a longtime aide to former minority leader Harry Reid, D-Nev. "I'm not sure that's going to happen. So far, it seems like everyone is afraid of getting on the wrong side of a tweet storm."

In several instances, when controversy has erupted around Trump's appointees, the initial reaction of the president-elect and his team has been to counterattack.

That was the case when plagiarism charges surfaced against conservative pundit Monica Crowley, whom Trump had named senior director of strategic communications at the National Security Council.

"Any attempt to discredit Monica is nothing more than a politically motivated attack that seeks to distract from the real issues facing the country," the presidential transition team said in a statement.

But more evidence accumulated until Crowley announced Monday that she would relinquish the post "after much reflection."

"The team thought itself immune from the political laws of gravity," said Timothy Naftali, a presidential historian at New York University. "The Crowley case showed they're not immune. We'll see what happens with these other cases."

Questions are growing most rapidly around Price, whose investments, Schumer said, appear to show "a clear and troubling pattern."

Democrats are also complaining that Senate GOP leaders are trying to rush hearings for some nominees, including a rare evening hearing on Tuesday for Betsy DeVos, Trump's choice for education secretary.

Schumer noted that some hearings have had very little seating for the general public and that others have been held before a nominee's required ethics background check was completed.

Incoming White House press secretary Sean Spicer told reporters Wednesday: "A lot of this is Senate Democrats doing what they can to find stall tactics."

[Russia says it's ready to talk to Trump about nuclear arms and Syria, calls dossier a hoax]

Trump's nominees are also coming under criticism for lacking a depth in their knowledge of the policy areas that are the purview of the Cabinet departments they will run.

Billionaire school choice activist DeVos, for instance, was widely ridiculed for answering a Democratic question about whether it is proper to have guns in school by saying firearms may be needed in places like Wyoming to protect against grizzly bears.

She also argued that states should have the right to decide whether to enforce the Individuals with Disabilities Education Act, which requires public schools to provide free and appropriate education to all students with disabilities. When told that the act is a federal civil rights law, DeVos said: "I may have confused it."

Oklahoma Attorney General Scott Pruitt, Trump's nominee to head the Environmental Protection Agency, was asked what level of lead consumption would be acceptable for children – a question related to the water crisis in Flint, Michigan.

"That's something I have not reviewed nor know about. I would be concerned about any level of lead going into the drinking water, or obviously human consumption," Pruitt said. "But I have not looked at the scientific research."

Public health officials have long said there is no safe level of lead, especially for children.

During an appearance on Fox News Channel on Wednesday morning, Trump adviser Kellyanne Conway defended the performance of Trump's nominees and accused Democrats of attempting to score political points.

"The idea of humiliating and trying to embarrass qualified men and women who just wish to serve this nation is reprehensible," Conway said.

Valerie Strauss contributed to this report.