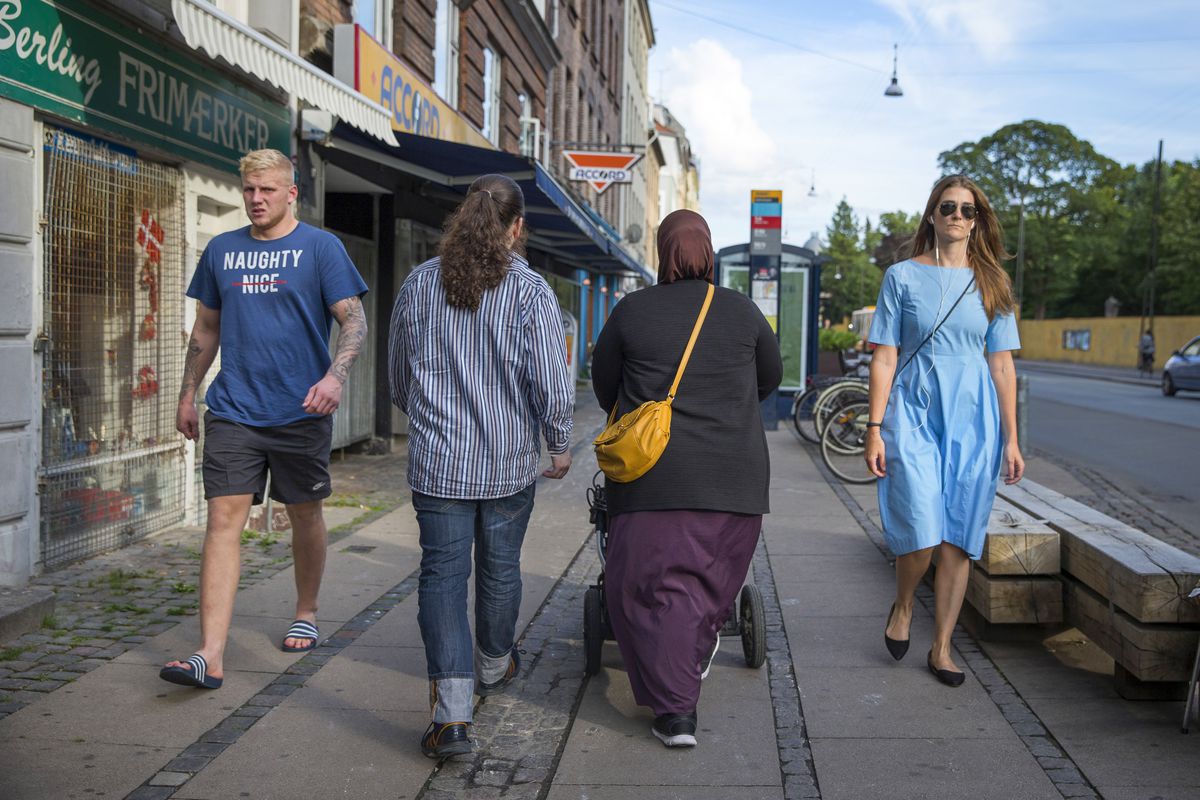 The Danish government has been inadvertently paying benefits to citizens fighting for the Islamic State in Syria, Danish officials said Tuesday, as outrage grows that militants are manipulating the country's generous welfare system.

About 145 Danes have traveled to Syria or Iraq to fight for militant groups since 2012, according to the Danish security and intelligence services. Officials said this week that they had identified a number of Danish citizens who, while receiving government disability pensions, had traveled to Syria to join the Islamic State, also known as ISIS.

"It is a huge scandal that we are paying out money from the welfare funds in Denmark to people who are going to Syria and elsewhere in the world to undermine democracy that we have been fighting for for hundreds of years," the country's minister of labor, Troels Lund Poulsen, said.

[Terrorists are building drones. France wants to destroy them with eagles.]

Last year, the news media reported that more than two dozen Danish citizens receiving unemployment benefits had traveled to Syria to fight for ISIS, even though the law requires recipients to live in Denmark.

Senior labor ministry officials said Tuesday that the center-right government of Prime Minister Lars Lokke Rasmussen was planning to pass legislation to plug loopholes and prevent what they called an egregious misuse of public funds.

Officials said that since last year, municipal and state authorities had been trying to collect about $95,000 in welfare benefits that had been wrongly paid to 29 citizens who had gone to Syria to fight for ISIS.

Until now, national regulations have made it difficult for the authorities to stop benefit payments to a suspected militant, even if the person had been identified by the intelligence services as an ISIS fighter. Officials said investigating the circumstances of individuals in Syria or Iraq was logistically challenging.

Under the proposed legislation, any citizen deemed a national security risk after traveling abroad to join the Islamic State would have his or her benefits immediately halted, said Bent Nielsen, an official who oversees how welfare benefits are distributed.

"If someone is deemed to be a risk for state security by intelligence services while staying abroad, they wouldn't get a dime," Nielsen said. He added that, under the proposed legislation, once a Danish court determines that a citizen has violated the law and joined the Islamic State, then Danish authorities could also demand the reimbursement of benefits already paid.

Dozens of militants have returned to Denmark after fighting for ISIS in the Middle East, and the country has been experimenting with ways to reintegrate the former fighters, including psychological counseling, education and job advice.

More than a decade ago, Denmark became a flashpoint for Islamic extremism after a Danish newspaper published caricatures of the Prophet Muhammad, spurring outrage and protests across the Muslim world. In February 2015, Omar Abdel Hamid El-Hussein, a 22-year-old Danish-born gunman of Palestinian descent, killed two people while targeting a Copenhagen synagogue and an event promoting free speech. He was later shot dead by police.

The efforts to tame Islamic radicalism in Denmark are occurring against the backdrop of a simmering culture war over Danish identity and the challenge of integrating immigrants, which has helped drive support for the far-right anti-immigrant Danish People's Party.

Earlier this month, the Parliament approved a statement by the Danish People's Party expressing concern that there were more immigrants than native-born Danes in some areas of Copenhagen.

"Parliament notes with concern that today there are areas in Denmark where the share of immigrants and descendants from non-Western countries surpasses 50 percent," the statement said. "It is the opinion of the Parliament that Danes should not be a minority in neighborhoods in Denmark." The statement, which was largely symbolic but generated a loud debate, also called for the government to limit the granting of asylum.

Opponents of the statement, which was supported by the government and its coalition partners and passed by a vote of 55-54, said it stigmatized Danish immigrants and citizens who were born of immigrant parents.

The Danish People's Party also caused an outcry after its immigration spokesman, Martin Henriksen, suggested that Muslim refugees and immigrants should celebrate Christian festivals, including Christmas and Easter, if they wanted to be accepted as Danish.

Also earlier this month, another far-right, anti-immigrant group, the Party of the Danes, came under criticism after stuffing immigrants' mailboxes in a suburb west of Copenhagen with fliers that looked like one-way airline tickets. The party is not in the Danish Parliament.

The fake airline tickets showed a flight from Copenhagen to "Langbortistan," which roughly translates to "Faraway-istan." The tickets also included a message in Arabic: "Have a good trip home."