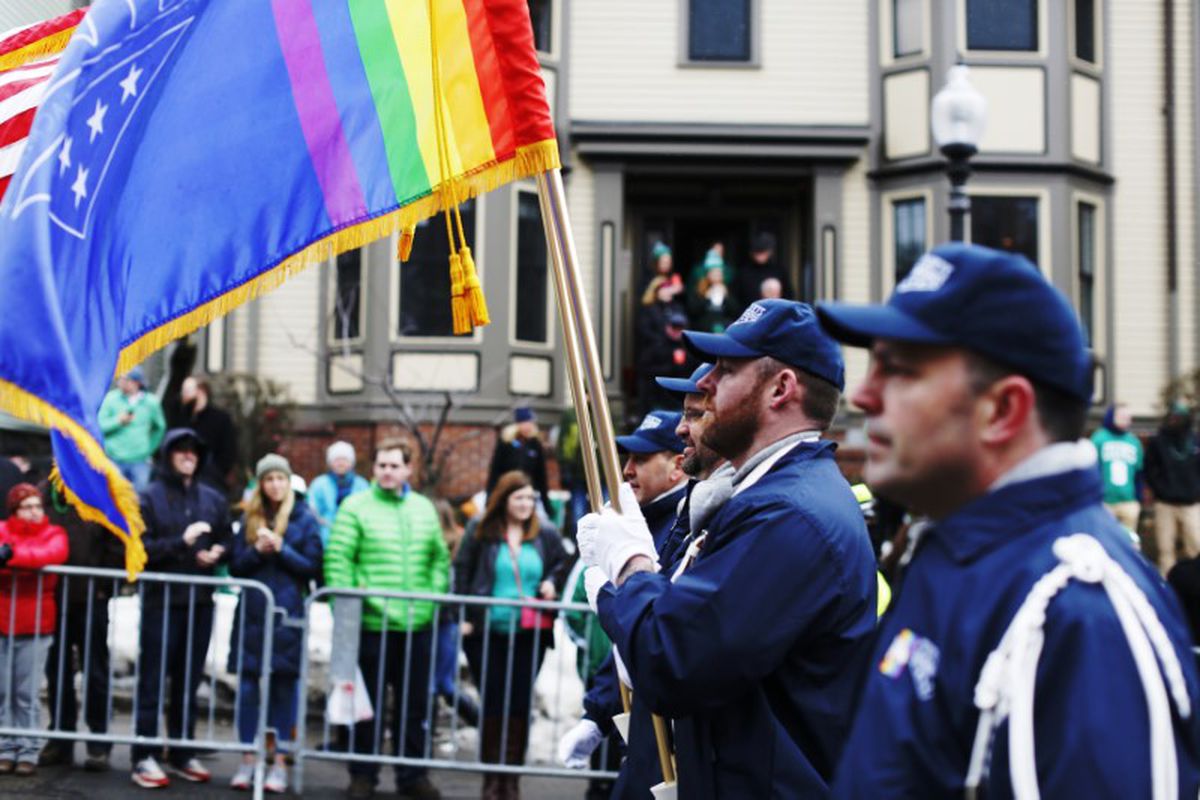 The group sued, and the case made it to the Supreme Court, which ruled in 1995 that forcing the council to include gay veterans was a violation of the First Amendment. The council had the right to choose its own participants, the court ruled,

For 20 years after that decision, the council continued to deny participation to other veteran groups with LGBT ties.

But in 2015, for the first time, the council voted 5 to 4 in favor of inviting two LGBT groups – once of them OutVets – to join the parade. In news reports, the decision was heralded as revolutionary, a sign of the changing times and a step forward for Bostonians.

But the victory seems to have been short lived.

Just two years later and days before the city's 2017 St. Patrick's Day parade, the Allied War Veterans Council has reversed course, voting 9 to 4 Tuesday to once again ban OutVets and the gay veterans it represents, reported the Boston Globe.

The backlash Wednesday was swift and loud.

Parade Grand Marshal Dan Magoon, an Army veteran and founder of Massachusetts Fallen Heroes, resigned and told the council in a statement that participating in a parade that excluded OutVets "does not coincide with the work I do advocating for all veterans," reported local blog Universal Hub.

"The freedoms that we possess to hold such an event is due to the men and women who have spilled their blood in defense to this great nation, regardless of where they come from, what they look like, or who they share relations with," Magoon wrote.

"I will not tolerate discrimination in our city in any form," Walsh said in a statement. "We are one Boston, which means we are a fully inclusive city. I will not be marching in the parade unless this is resolved. Anyone who values what our city stands for should do the same."

An emotional Gov. Baker told a 7News political reporter that veterans were "holy" and that he, too, would not march if OutVets was excluded.

And in a statement to Mass Live, Rep. Seth Moulton, D-Mass., an Iraq War veteran who walked with OutVets in the 2015 St. Patrick's Day Parade, called the ban "outrageous and disgraceful."

"Let's just be clear, these are men and women who courageously put their lives on the line for our country," Moulton said. "They deserve our respect just as much as anyone, and if this decision is not reversed immediately, I would encourage anybody who supports freedom, equality, and the service of our veterans no matter who they are, to boycott this parade."

On Wednesday afternoon, OutVets director Bryan Bishop told the Globe he met with parade organizers to discuss the controversy but the issue was not resolved. The Allied War Veterans Council will reconvene Friday to reconsider their vote, Bishop told the Globe. Parade organizer and council member Tim Duross told 7News he wants an inclusive parade and hopes to resolve the conflict.

After its initial vote, the council did not provide a clear reason for excluding OutVets, according to a statement from the LGBTQ group. "Given the tenor of the council's deliberations," the statement read, "one can assume it's because we are LGBTQ."

But Bishop later told the Globe and other news outlets that it was consternation over OutVets' logo, which features a small rainbow patch, that inspired the council's rejection. Council members reportedly told Bishop that the rainbow imagery – a symbol of solidarity among LGBTQ advocates – violates the code of conduct because the council saw it as representative of gay sexuality.

"They said people felt that rainbows represent the gay community," he told the New York Times. "I told them if that's the case, then every picture of a rainbow in the parade that leads to a pot of gold needs to be removed."

The council offered to welcome OutVets back if they would remove the rainbow image, but Bishop told the Times he refused.

"They refuse to change their minds," Bishop said. "They are stuck in an arcane time in our history."

Council member Ed Flynn, a Navy veteran who voted to allow OutVets in the parade, told CBS Boston that the council "voted to turn back the clock on equality."

It was a man named John "Wacko" Hurley who led the fight against welcoming gay groups to the parade in the 1990s and championed the Supreme Court fight, according to the Dorchester Reporter. He left the council at the age of 84 in March 2015, just months after the council voted for the first time to allow OutVets to march.

Because of poor health, he did not cast a vote in that historic decision, but said if he had been able to attend he would have "absolutely" voted against it.

"They're just interfering, that's all it is," Hurley told the Dorchester Reporter at the time. "They get a parade in June in town, so I don't know why they need to do this."

In the 2016 St. Patrick's Day celebration, after its triumphant debut in the parade the year before, OutVets was plopped at the very end of the parade, "away from every other veterans' organization," according to its Facebook statement.

Then in late 2016, the council's former commander, Brian Mahoney, who was a staunch OutVets supporter, died. Rumors began circulating that this might affect the group's parade participation.

"The only thing I can assume is that with Brian no longer there to beat the drum for us they had enough support to put us out," Bishop told the Associated Press.

"This is a black eye on South Boston."