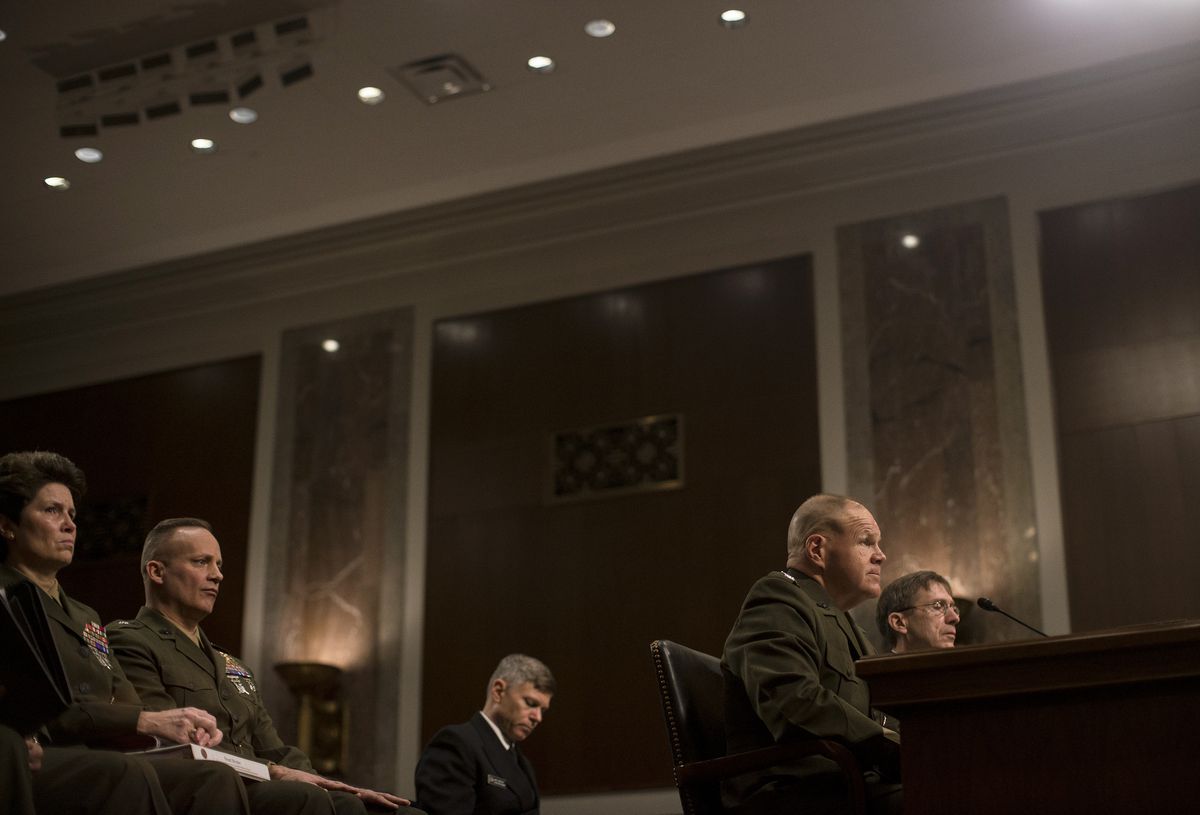 In what lawmakers on both sides of the aisle called a "sad day for the Marine Corps," the service's top officer, Gen. Robert Neller, told senators Tuesday that he intended to fix the misogynistic culture of his branch in the wake of a nude-photo-sharing scandal that has roiled the military.

"What is it going to take for you to accept these (female) Marines as Marines?" Neller asked of the male Marines watching his testimony, while imploring the female Marines to "trust the leadership to correct this problem."

Neller's appearance in front of the Senate Armed Services Committee alongside acting Secretary of the Navy Sean Stackley and Marine Corps Sgt. Maj. Ronald Green comes as the Marine Corps struggles to clamp down on social media groups and active-duty Marines responsible for sharing naked photos of their female colleagues.

[Harassed online, this 19-year-old remains determined to enlist in the Marines]

The existence of a shared drive containing the photos on a Facebook group called Marines United was first reported by a Marine veteran and Purple Heart recipient earlier this month. In the days since, multiple offshoots of the 30,000-strong group and different versions of the shared drive have continued to pop up despite a formal investigation launched by the Navy and multiple requests by the Marine Corps to tech companies such as Google and Dropbox to take the photo repository offline.

Last week, reports indicated that the photo sharing wasn't just a Marine Corps problem and that other parts of the military were soliciting naked photos of female service members from every other branch including at least two service academies.

As a Marine, I'm disgusted by reports of female #Marines being degraded online. @SASCMajority held an important hearing on this perversion: pic.twitter.com/jy7UKhoTha

In one tense inquiry, Sen. Kirsten Gillibrand, D-N.Y., asked why no one had been held accountable since reports of online harassment through social media had arisen more than two years ago when the Marine Corps Times and the military culture website Task and Purpose reported on the issue.

Gillibrand said Neller's answers were "unsatisfactory" and that they didn't go "far enough."

"I'm not going to sit here and duck around this thing," Neller said. "I'm not. I'm responsible. I'm the commandant. I own this."

On Wednesday, Neller is heading to Camp Lejeune to talk to Marines about the scandal, including some of the Marine Corps' first female infantry Marines.