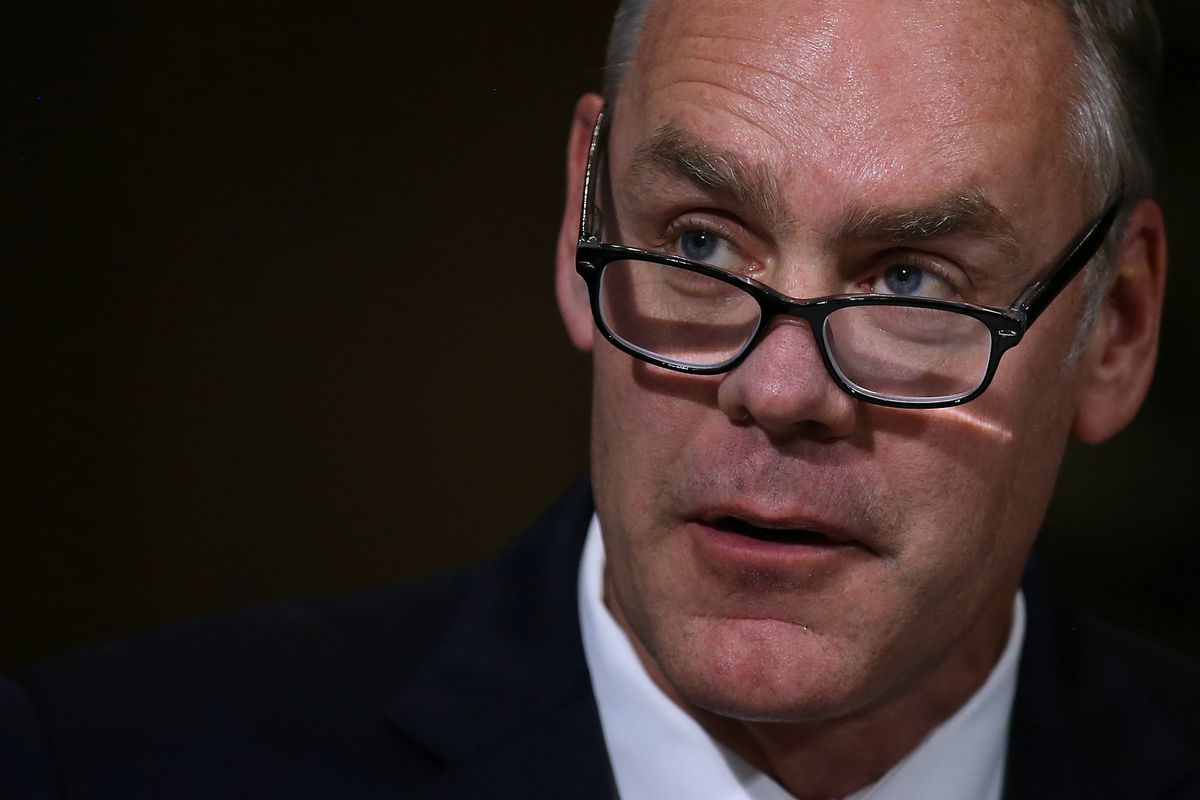 Ryan Zinke testifies before a Senate Energy and Natural Resources Committee confirmation hearing on his nomination to be Interior Secretary at Capitol Hill in Washington on Jan. 17. (Carlos Barria / Reuters file)

Ryan Zinke testifies before a Senate Energy and Natural Resources Committee confirmation hearing on his nomination to be Interior Secretary at Capitol Hill in Washington on Jan. 17. (Carlos Barria / Reuters file)

WASHINGTON – The Interior Department's budget would be slashed by nearly $2 billion compared with last year's budget, according to a proposed spending plan from the Trump White House.

A proposed 12 percent decrease to $11.6 billion would cause pain in the offices that purchase public lands. That part of Interior would lose $120 million in funding under the proposal. Money for National Historic Sites would be eliminated. The budget synopsis was not clear about whether that includes National Historic Parks, such as the Chesapeake & Ohio Canal in Virginia and Maryland.

After his confirmation this month, Interior Secretary Ryan Zinke said in an address to his staff that he had seen the White House's budget proposal, disagreed with what was then thought to be a 10 percent budget cut and would express his displeasure.

It appears he failed. President Donald Trump's proposed cut is even bigger. Interior's budget has grown steadily since 2012 to $13.1 billion. Trump's proposal is about $100,000 less than Congress gave the agency five years ago.

[What President Trump's budget would mean for some agencies]

The budget synopsis said the White House will increase funding for extracting energy on land and offshore but does not provide a figure. It promises to make sure taxpayers get a fair return on revenue from energy development but does not cite a percentage.

According to the synopsis, funding cuts to major land acquisition will be diverted to national parks, which have a maintenance shortfall above $12 billion. There was no indication of how the Trump administration will attack that problem, which Zinke listed as his top priority at his confirmation hearing.

Land-acquisition funding has enjoyed bipartisan support in Congress because it protects national parks from harm.

Large parcels of land inside parks are privately owned, said John Garder, director of budget and appropriations for the National Parks Conservation Association. When owners sell, parks can work to acquire the land.

In President Obama's last budget, funding of $2 billion was requested for coastal resilience. Obama asked for $24 million more for land acquisition than the $324 million Congress provided in 2016.

The synopsis provided by the White House offers little information about the fate of key Interior programs, such as the Climate Action Plan, which helps vulnerable coastal communities such as Miami prepare for the impact of sea-level rise and other effects of climate change.