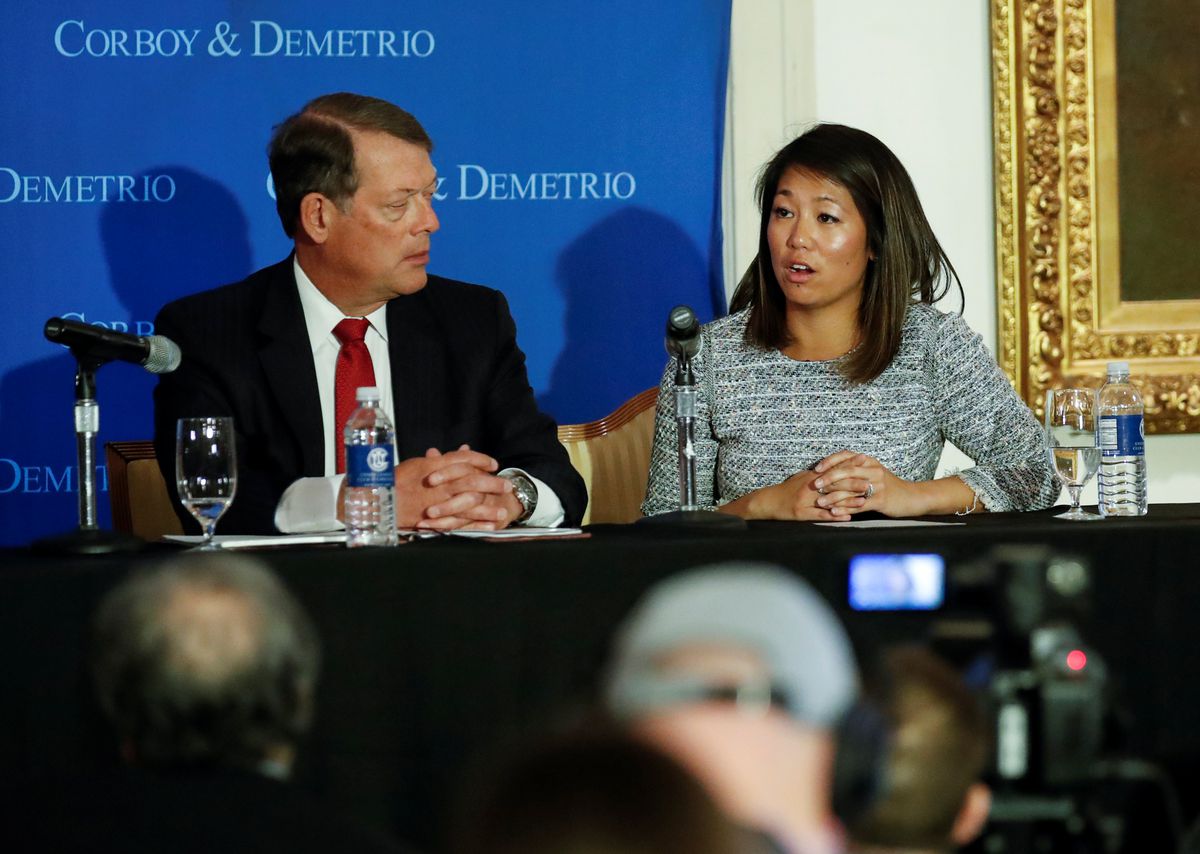 CHICAGO – The United Airlines passenger dragged from a plane in Chicago in an incident that sparked international outrage and turned into a corporate public relations nightmare suffered a concussion and broken nose and will likely sue, his attorney said on Thursday.

"For a long time airlines, United in particular, have bullied us," Thomas Demetrio told a news conference in Chicago, outlining the potential causes of action they may pursue against United and the city of Chicago.

"Will there be a lawsuit? Yeah, probably."

David Dao, a 69-year-old Vietnamese-American doctor, was hospitalized after Chicago aviation police dragged him from the plane as the airline sought to make space on a flight from the city's O'Hare International Airport to Louisville, Kentucky.

Demetrio said the law stated that passengers could not be ejected from planes with unreasonable force. Chicago runs the airport and the city's department of aviation employs the three officers who dragged Dao off the plane.

Dao, who was discharged from the hospital on Wednesday night, suffered a significant concussion, a broken nose and lost two front teeth in the incident, and he will need to undergo reconstructive surgery, Demetrio said.

Video of Sunday's incident taken by other passengers and showing Dao being dragged up the plane aisle and with a bloodied mouth circulated rapidly, causing public outrage that was not calmed by the airline's initial response.

Dao's daughter, Crystal Dao Pepper, told the news conference that the family was "horrified, shocked and sickened" by what happened to her father. One of Dao's five children, Pepper, 33, described him as a "wonderful father" and "loving grandfather" who had been returning from vacation in California.

Demetrio said Dao had told him that being dragged down the plane aisle was more terrifying than his experience fleeing Vietnam in 1975.

Demetrio and a second attorney, Stephen Golan, said neither they nor the family had heard from United yet.

Dao's lawyers filed an emergency request with an Illinois state court on Wednesday to require United Continental Holdings Inc and the City of Chicago to preserve video recordings and other evidence related to Sunday's incident, which would be a precursor to a lawsuit.

Officials from the city could not immediately be reached for comment on Thursday's news conference.

United Chief Executive Oscar Munoz is under pressure to contain a torrent of bad publicity and calls for boycotts against United, including in China, where people have been angered because Dao was an Asian-American passenger.

United shares have lost about 1 percent of their value since Monday. The stock was down about 0.4 percent Thursday afternoon.

Munoz has sought in the last two days to make amends. In a statement on Tuesday he said he "deeply" apologized and was disturbed by what had happened. On Wednesday, he apologized to Dao, his family and United customers in an ABC News interview, saying the company would no longer use law enforcement officers to remove passengers from overbooked flights.

Demetrio called the apology "staged" and a response to the airline executive's earlier comments, which were heavily criticized by many.

In a letter to employees on Monday, Munoz did not apologize to Dao and defended the airline's actions, saying Dao had been "disruptive and belligerent" in refusing to leave the plane when he was asked to by crew, leaving the staff with no choice but to call aviation security officers for help removing him.

The incident occurred when the airline was seeking to free up space on the plane for crew members it wanted to fly to Louisville.

Dao was offered $800 for his seat by United but did not want to take it, Demetrio said. Munoz previously said the airline offered up to $1,000.

Dao's wife was told to leave the plane after he was dragged off, Golan said.

The city of Chicago, which Demetrio said had also not contacted the attorneys and family, is also potentially involved in any lawsuit because of the officers' involvement.

Chicago's Aviation Department said on Wednesday that two more officers had been placed on leave in connection with the incident. One officer was placed on leave on Tuesday.

Given the wide public outrage over the incident, Dao is in a strong position as he prepares to launch a legal action, lawyers who represent airlines and passengers said.

"United is looking at a legal claim, but they're also looking at a huge public relations and business problem," said Justin Green, a partner at the law firm Kreindler & Kreindler in New York who represents airline passengers.

"United, if they're smart, will quickly and quietly settle the case."