It's 4/20, a good day to open the country's first drive-through marijuana shop 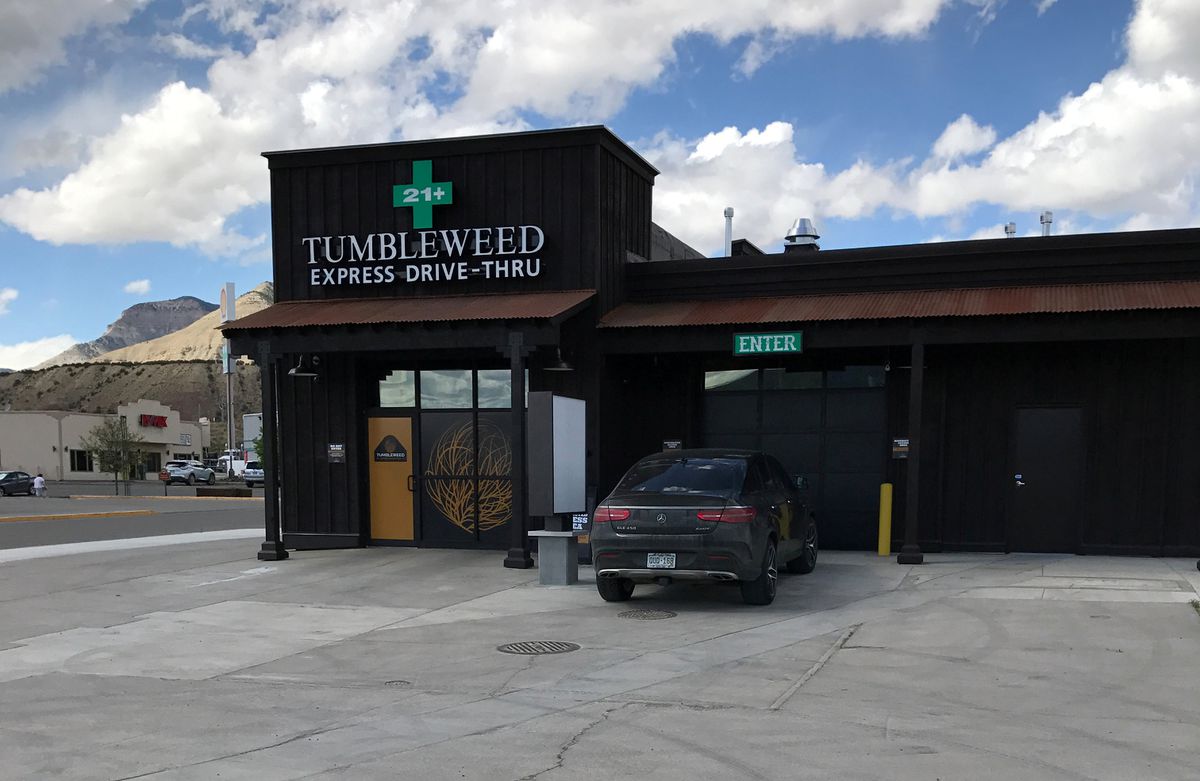 When the "for sale" sign went up on the Valley Car Wash in Parachute, Colorado, Mark Smith didn't waste a second.

The 58-year-old businessman had recently opened a marijuana dispensary across the street, and was struck by the number of people who would come knocking after-hours, according to the Post Independent.

What better way to serve his late-night customers, he thought, than a drive-through window?

"It seemed like the perfect fit," Smith told Fox 31. So he bought the car wash and set to work transforming the vehicle bay into a new place to sell his wares.

"A door opens up and you drive the car into the building and then the door closes behind you, like in a Jiffy Lube. So in essence, you're inside the dispensary, but in a vehicle," he told Reuters.

That process allows the store to comply with Colorado pot laws, which require that marijuana retailers carry out their transactions inside an existing store, ruling out the outdoor windows that are staples of traditional drive-throughs, Smith said.

The project, reportedly hatched one evening while he was working alone in his shop, could establish Smith in his own small way as an innovator in the burgeoning marijuana industry.

On Thursday, the unofficial pot enthusiast holiday 4/20, Smith will hold a grand opening for the Tumbleweed Express, believed to be the country's first legal drive-through marijuana retailer, as local media reported.

National news outlets were expected to cover the opening, which will take place from 1 p.m. to midnight Thursday and feature food trucks, live music, radio broadcasts and product giveaways.

Smith said he was taken aback by all the attention.

"I didn't set out thinking this would be national news," he told the Post Independent. "I didn't have some big epiphany. I just saw a need for our customers."

For Smith, 58, becoming a marijuana entrepreneur was something of a career change. He used to work in the pawnshop business, at one point owning 23 stores, he told Fox 31. Eventually, he sold them to the national pawnshop chain EZ Pawn and used the money to start his business in Colorado.

Parachute, home to 1,100 people, had previously banned marijuana establishments after Colorado legalized the drug in 2014. Enticed by the revenue pot sales would generate, the town voted to lift the ban in June 2015, the Daily Sentinel reported.

The original Tumbleweed dispensary opened in February 2016, situated on the east edge of town near a Wendy's, a Shell station and a liquor store. In the time since, Smith has opened other shops in the Colorado towns of Edwards, Eagle-Vail and Frisco.

Smith didn't seem to run into many hurdles when he proposed retrofitting the car wash to become a drive-through for weed products, sliding through the approval process without serious resistance.

"We think the drive-through is a very creative and innovative idea," Parachute Town Manager Stuart McArthur told the Post Independent in February.

"Tumbleweed has been a good neighbor and has made large investments into town," he added later. "We're excited to have Tumbleweed here and get on the map with something that is totally unique."

Robert Goulding, spokesman for the state's Marijuana Enforcement Division, said the business would be the first of its kind.

"As far as I can tell we are not aware of this business model ever coming up before," Goulding told the Post Independent.

The Tumbleweed Express will be open from 4 p.m. to midnight Thursday through Sunday. All the state's dispensary rules apply. Under the law, no one younger than 21 is allowed in the drive-through, even if they're riding in the back seat of the car. Smith must also provide security and surveillance at the business and ensure that no marijuana is visible from outside the property.

Smith told Fox 31 he picked the right spot for his new venture.

"The stars were in alignment. A lot of things lined up," he said. "We like the town. They are very supportive here."

Reuters reporting is included in this article.