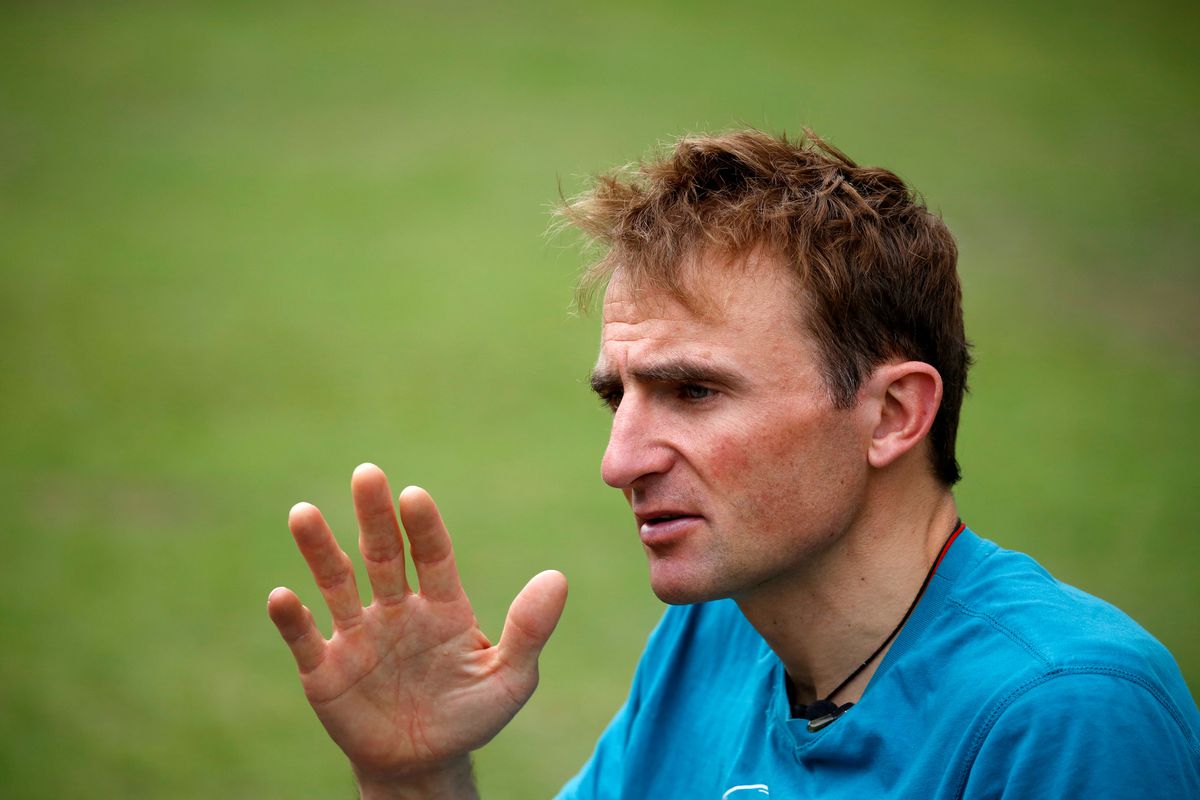 The last time Ueli Steck traversed the route near Mount Everest that would eventually kill him, the famed Swiss climber was forced to flee from a brawl with angry Sherpas.

That was in 2012, and the incident made Steck – considered the most accomplished mountaineer of his time – question if he'd ever again return to Everest.

But this month, he gave the world's highest peak another shot, plotting out a route in Nepal that had been completed only once before. It connects the summits of Everest and Lhotse, the fourth highest mountain, a course Steck, 40, told a Swiss newspaper was more about the physical challenge than the adventure checklist.

So it came as a shock to the climbing world Sunday when Nepalese officials announced that Steck, a man nicknamed the "Swiss Machine" for his unparalleled athletic abilities, had died.

His was the first casualty of the Everest climbing season.

"I can't express what a loss this is to the mountaineering community," renowned climber Alan Arnette, of Colorado, told the Himalayan Times. "Ueli loved Nepal, Everest and the Himalaya."

Steck died at Camp 1 of Mount Nuptse, Mingma Sherpa of Seven Summit Treks told the Associated Press. He reportedly fell 3,280 feet down the mountain, which he had climbed to acclimate to the altitude before tackling Everest and Lhotse in May. Steck was alone because his trekking partner, Tenji Sherpa, had stayed behind at Everest Base Camp with a frostbitten hand, reported the New York Times.

Steck's body was recovered from the site and flown by helicopter to Lukla, the only town near Everest with an airport. An autopsy will be performed at the Maharajganj-Tribhuvan University Teaching Hospital in Kathmandu, reported the Himalayan Times.

In a statement posted to his website, Steck's family said they were "infinitely sad" and that the exact circumstances of his death are still unknown. They asked for reporters and followers to avoid speculation.

Last year, Steck and his German climbing partner, David Göttler, found the bodies of climbers Alex Lowe and David Bridges – who had died in an avalanche on Mount Shishapangma in Tibet in 1999. Like Steck today, Lowe, an American, was considered the greatest mountaineer of his time, wrote New Yorker reporter Nick Paumgarten. Lowe, he wrote, was also 40 when he died.

"Steck and Lowe are now forever linked, in the alpinists' circle of death," Paumgarten wrote. "Steck's demise is a reminder, as though another one were ever necessary, that mountain climbing is an extremely perilous endeavor, and that even its strongest and most talented practitioners, experts by necessity in the art of risk assessment, need a great deal of luck to make it to old age."

Steck was best known for his speed-climbing technique, a feat of endurance that emphasized the thrill of the athletic challenge over the adventure. In 2012, he summited Everest without oxygen, the AP reported. He set numerous records throughout his career, including climbing all 82 peaks in the Swiss Alps higher than 13,100 feet in 62 days.

In a profile in Outside magazine in 2012, Steck recounted how he had promised his wife, Nicole, that he would limit his solo climbs, but only continued to venture alone.

In 2011, he and Don Bowie planned to climb Shishapangma in Tibet, Steck said, but Bowie bowed out when he didn't feel sufficiently acclimated. "This is not really a solo," he later wrote on his blog, according to the profile. "I will let know that I summited with a bunch of flowers."

On Sunday, Bowie posted a photo of him with Steck. "Totally gutted right now . . ." he captioned it, "beyond sadness."

Steck's last attempt at Everest earned him widespread attention nearly four years ago when he and professional climbers Simone Moro and Jonathan Griffith got in a confrontation with Sherpas at Camp 2.

Steck considered it a near death experience, recounting the brawl in a Q&A with Outside magazine. He explained that the Sherpas were working to repair rope lines on the mountain, but that he and his fellow climbers didn't intend to use them. They wanted to climb to Camp 3, where they already had tents, and sleep.

The Sherpas became upset that Steck's group was bypassing their request to keep climbers away while they repaired the ropes.

The narrative gets fuzzy after that. The climbers and the Sherpas offer differing accounts, but Steck told Outside that Moro swore at the Sherpas in Nepali during a heated moment, further escalating tensions.

Eventually they rappelled back down to Camp 3 to talk things out, Steck said, but were met by a seething crowd of 100 Sherpas with covered faces.

"When I saw they had their faces covered, I knew this was going to be really bad," he said.

Punches and rocks were thrown, Steck said, claiming the Sherpas tried to kill them.

"They said we had one hour to pack up and leave, and that we should not come back to the West Face, West Ridge, or Lhotse," Steck told Outside. "They said that if we weren't gone in an hour, they were going to kill all three of us. That was the worst thing."

Both sides later signed a peace treaty and left the mountain.

"I'm not saying I'm never coming back, but give me time," Steck told Outside. "I need to figure it out. There are many other mountains I can climb. Everest is Everest, and Everest lost a lot, but it's still the highest mountain in the world."