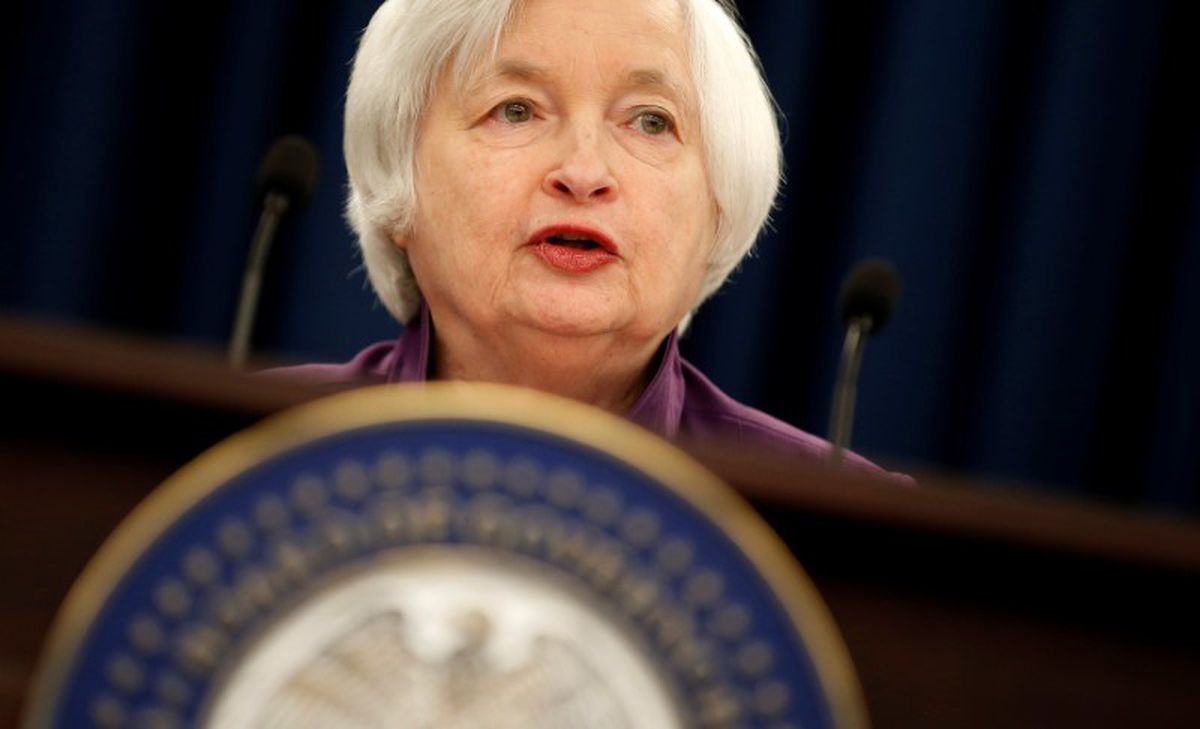 Federal Reserve Board Chairwoman Janet Yellen speaks during a news conference after the Fed released its monetary policy decisions in Washington on Wednesday. REUTERS/Joshua Roberts

Federal Reserve Board Chairwoman Janet Yellen speaks during a news conference after the Fed released its monetary policy decisions in Washington on Wednesday. REUTERS/Joshua Roberts

WASHINGTON — Demonstrating confidence in the health of the U.S. economy, the Federal Reserve raised its benchmark interest rate for the third consecutive quarter Wednesday.

The Fed also detailed its plans to reduce investment holdings, a step Fed officials expect to take this year.

The Fed, as expected, raised its benchmark rate to a range between 1 percent and 1.25 percent, citing the continued strength of job growth and dismissing, for now, the renewed weakness of inflation.

"The labor market has continued to strengthen," the Fed said in an upbeat statement published after a two-day meeting of its policymaking committee. The Fed added that economic growth "has been rising moderately so far this year," making no mention of the reported weakness last winter.

With rates on the rise, the Fed has said that it will soon begin to dismantle the last part of its post-crisis economic stimulus campaign by reducing its portfolio of more than $4 trillion in Treasurys and mortgage-backed securities. On Wednesday it described its plans, though not the exact timing.

Shedding assets, like raising rates, is intended to increase borrowing costs for businesses and consumers. The Fed has concluded that the economy is growing about as fast as it can, so the central bank aims, by the end of the year, to return rates to a level that does not encourage additional borrowing.

So far, however, financial markets are not cooperating. Interest rates on auto loans have increased a little since the Fed started raising rates in 2015, but rates on mortgage loans remain unchanged. Rates on some corporate loans have declined. Measures of financial conditions have loosened.

It remains to be seen whether the latest rate increase will have a stronger influence on markets.

The Fed's statement did acknowledge that inflation has weakened in recent months, which has forced the Fed to concede that it has once again been wrong about inflation. Fed officials now predict that prices will rise by just 1.6 percent this year, down sharply from their forecast of 1.9 percent in March. They continued to predict 2 percent inflation next year.

The Fed in recent years has been equally consistent in predicting 2 percent inflation, and in being wrong.

Neel Kashkari, president of the Federal Reserve Bank of Minneapolis, was the only member of the Federal Open Market Committee to vote against the rate increase. Kashkari has argued that economic conditions are not strong enough to justify raising the benchmark rate.

Most of the 16 Fed officials on the policymaking committee still expect to raise the Fed's benchmark rate at least one more time this year, according to a compilation of their economic forecasts that the Fed released Wednesday. Expectations for rate hikes weakened somewhat, but the median forecast still predicted the benchmark rate will stand at 3 percent at the end of 2019.

The combination of strong job growth and weak inflation appeared to be the reason for the reappraisal. Fed officials continue to adjust their estimates of how low unemployment can go. Some officials now predict the unemployment rate could fall below 4 percent – the lowest level in a generation.