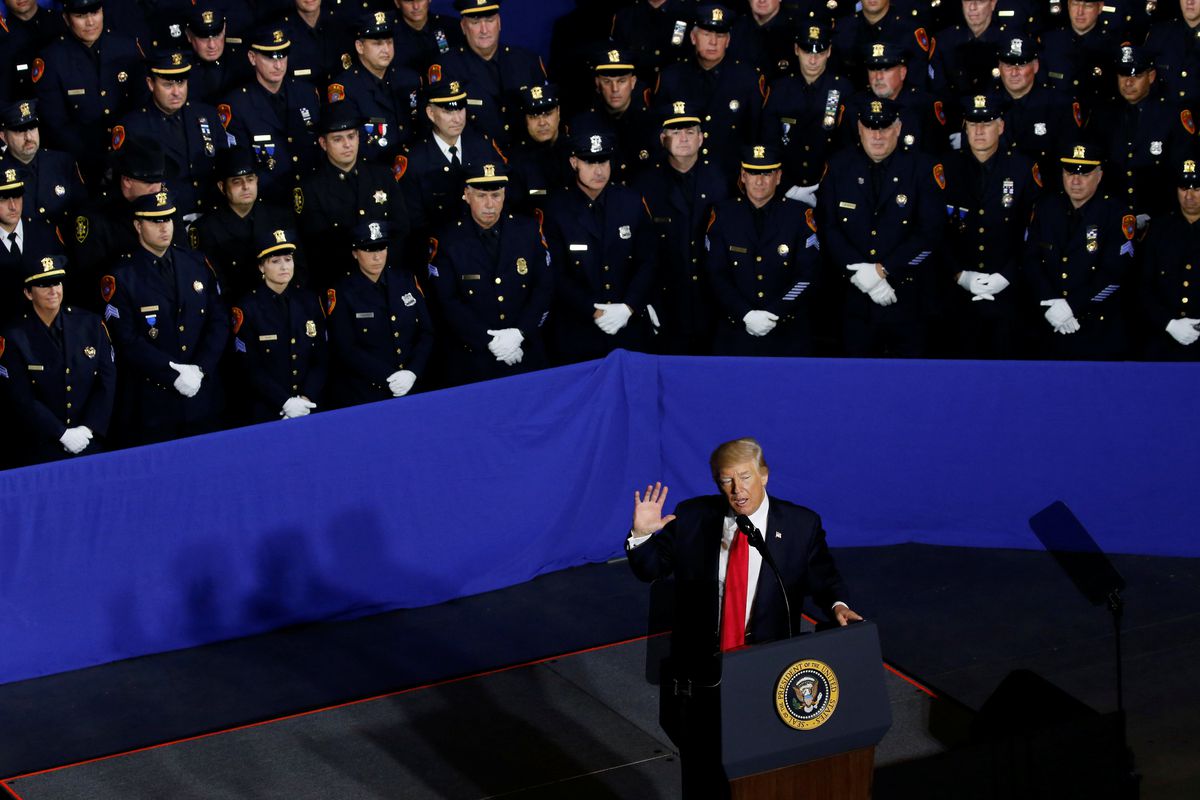 Police leaders across the country moved quickly to distance themselves from – or to outright condemn – President Trump's statements about "roughing up" people who've been arrested.

The swift public denunciations came as departments are under intense pressure to stamp out brutality and excessive force that can erode the relationship between officers and the people they police – and cost police chiefs their jobs.

Some police leaders worried that three sentences uttered by the president during a Long Island, N.Y., speech could upend nearly three decades of fence-mending since the 1991 Los Angeles Police Department beating of Rodney King ushered in an era of distrust of police.

"It's the wrong message," Chuck Wexler, executive director of the Police Executive Research Forum, told Washington radio station WTOP while speaking of the trust-building work that departments have undertaken since King's beating. "The last thing we need is a green light from the president of the United States for officers to use unnecessary force."

Trump made the comments at a gathering of law enforcement officers at Suffolk County Community College in New York.

"When you guys put somebody in the car and you're protecting their head, you know, the way you put their hand over?" Trump said, miming the physical motion of an officer shielding a suspect's head to keep it from bumping against the squad car.

Trump's remarks came after he spoke about local towns ravaged by gang violence.

A tweet from the Gainesville Police Department read: The @POTUS made remarks today that endorsed and condoned police brutality. GPD rejects these remarks and continues to serve with respect.

Trump's comments also drew a rebuke from the International Association of Chiefs of Police. In a statement Friday, the group did not specifically mention Trump by name but appeared to respond to his speech by stressing the importance of treating all people, including suspects, with respect.

Statements from other police leaders followed.

Seattle's police officers have embraced reform and have worked incredibly hard to build community trust. We do not intend to go backwards. It is truly unfortunate that in today's toxic environment, politicians at both ends of the spectrum have sought to inflame passions by politicizing what we do. We remain committed to our principles and reject irresponsible statements that threaten to undermine our relationship with the community.

Police departments are under increased scrutiny for violent, often fatal interactions with suspects. So far this year, 574 people have been shot and killed by police, according to The Washington Post's Fatal Force database. Last year, police shot and killed 963 people.

This year's killings included the Minneapolis Police shooting of Justine Damond, an Australian woman who called 911 to report a possible rape in the alley near her home and ended up shot dead by the responding officers.

The department's missteps – neither officer had activated his body camera, so there's no video evidence of the fatal encounter – resulted in international criticism and the ouster of Minneapolis Police Chief Janee Harteau.

She was the fourth chief in recent years to lose her job after a controversial fatal shooting.