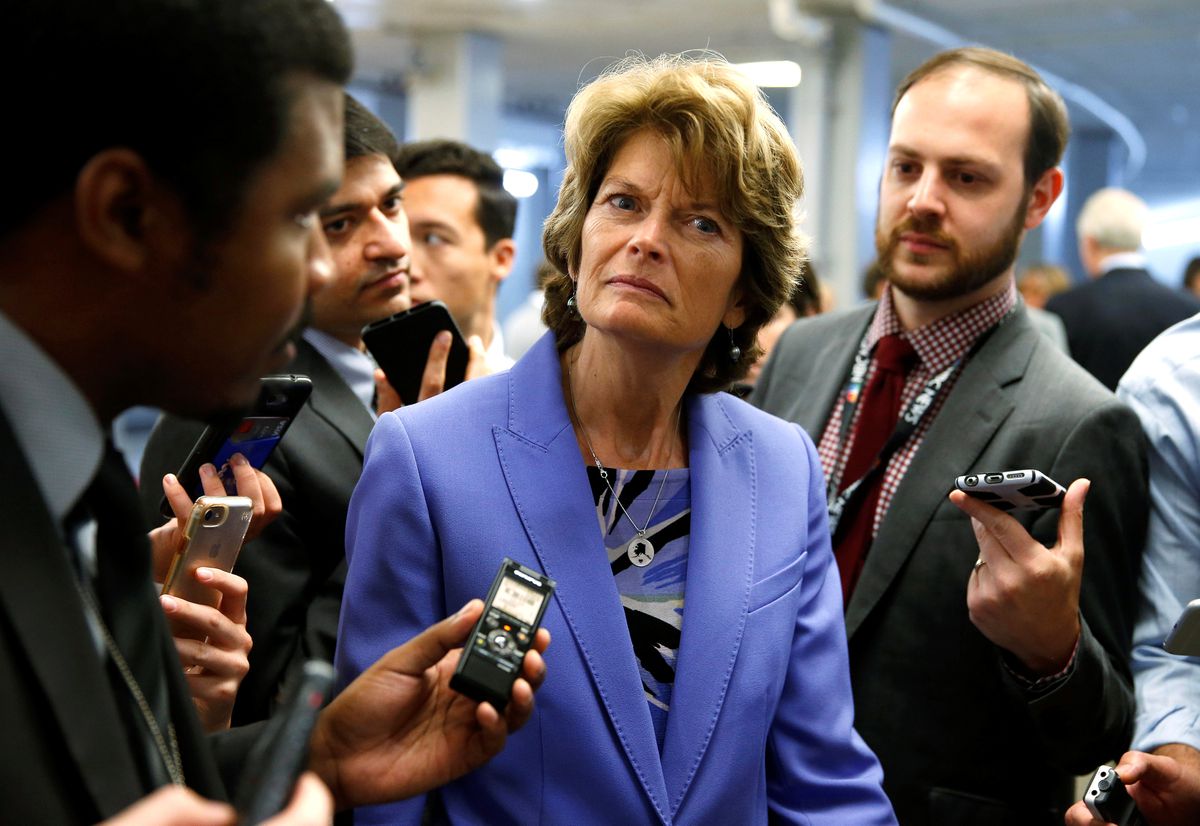 WASHINGTON – An internal analysis by the Trump administration concludes that 31 states would lose federal money for health coverage under Senate Republicans' latest effort to abolish much of the Affordable Care Act, with the politically critical state of Alaska facing a 38 percent cut by 2026.

The report, produced by the federal Centers for Medicare and Medicaid Services, focuses on the final year of a block grant that states would receive under the Cassidy-Graham legislation. It shows that government funding for such health insurance would be 9 percent lower in 2026 under the plan than under current law.

The predicted loss is less than that forecast by three independent analyses of the bill's impact in recent days, but the internal numbers show a similar checkerboard of states that would be big winners and equally big losers. The states that expanded their Medicaid programs under the ACA would be hit with the greatest reversals of federal aid.

According to the CMS data, first reported Thursday night by Axios, the greatest winners in 2026 would be Mississippi and Kansas, where federal health-care funding would more than triple and double, respectively. On the other hand, Connecticut's aid would be cut by just over half.

The method used by federal officials to predict the bill's effects on spending to states differs from that of another major analysis released earlier on Thursday by the Kaiser Family Foundation. The latter concluded that 35 states would lose $160 billion under the bill. The Kaiser study, like two earlier this week, looked at the cumulative effect from 2020 to 2026, while the administration's looked only at the first and last years in that time frame.

The administration data also shows that the fortunes would differ sharply in the home states of the legislation's two primary sponsors, Sens. Bill Cassidy, R-La., and Lindsey Graham, R-S.C. Federal funding for coverage would plunge by 41 percent in Louisiana, whose health secretary this week publicly criticized the bill, while it would grow by 126 percent in South Carolina.

A Health and Human Services Department spokesman did not respond Thursday night to a request for comment.

A few sentences embedded in the 140-page Cassidy-Graham legislation would allow Alaska to avoid a reduction in government funding. A potential Republican holdout on the legislation, Sen. Lisa Murkowski, has been negotiating privately this week with Senate GOP leaders.

Neither Murkowski nor the state's junior senator, Dan Sullivan, also a Republican, have disclosed how they would vote if the bill is brought before the Senate next week, as Majority Leader Mitch McConnell, R-Ky., maintains he will do.

It remained unclear late Thursday whether McConnell could amass the 50 votes needed under special budget procedures so that the measure could pass without any Democratic support. Given a previous bill's dramatic last-minute failure in July, with critical opposition by Murkowski, some Republicans say they do not believe leaders will move it forward unless its passage is certain.

The courting of Alaska's senior senator comes as intense efforts by advocates and critics to sway opinion shift to outside Washington.

Only one Republican senator is holding sessions with constituents on the measure. At a town hall meeting in Charles City, Iowa, Sen. Joni Ernst said Thursday that she was "leaning yes."

Kaiser found that the states that have not expanded Medicaid – all but one led by Republicans – would gain an average of 12 percent during that period.

The bill would kill central features of the ACA, including its insurance subsidies, coverage requirements for individual Americans and large businesses, and benefits and other rules for health plans sold in marketplaces created under the law. Instead, in a devolution of unprecedented scale, a smaller amount of health-care money would be reshuffled around the country as block grants for much of the coming decade, with states having great freedom on how to spend it.

"By cutting and dramatically redistributing federal funds and asking each state to come up with their own health system, this bill runs the risk of a free-for-all with confusion and potentially chaos for many years to come," Kaiser President Drew Altman said.

Each of the analyses show that, regardless of whether Congress renewed spending for the block grants after 2026, federal aid for Medicaid would plummet nationwide, because the program's entitlement funding would be replaced with a per-person cap. And over time, annual increases under that new method would tighten.

The specific provision in the bill that would help Alaska would exempt "low-density" states from the per-person cap if their block grants would drop or stay level.

Murkowski's state is one of a few in which state officials are doing their own assessment of the legislation's effects. Gov. Bill Walker, an independent, joined nine other governors this week in sending a letter to Senate leaders to express their opposition to the Cassidy-Graham bill in its current form.

Murkowski's office did not respond to a request for comment.

Asked about a report about a new draft of the bill with Alaska-specific tweaks, Cassidy spokesman Ty Bofferding responded, "No changes of any kind have been finalized."

The Washington Post's Sean Sullivan and David Weigel contributed to this report.