Volcanic eruptions in Alaska could have impacted lives of ancient Egyptians 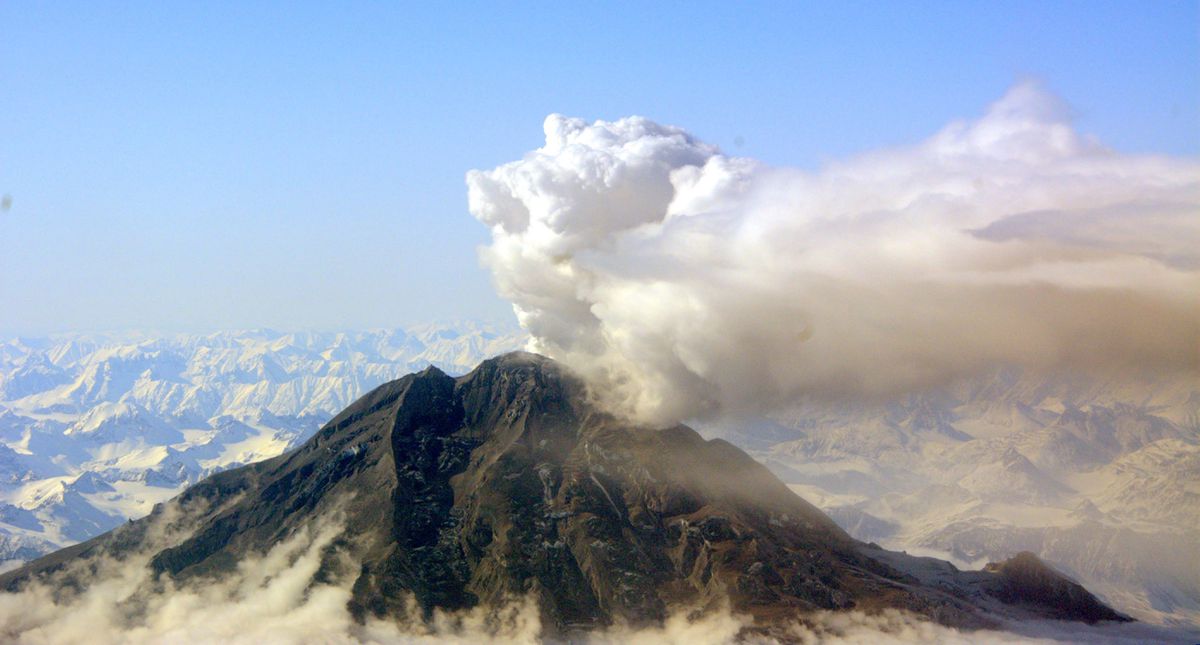 Did violent volcanoes in Russia, Greenland and Alaska affect the lives of ancient Egyptians?

It may sound improbable, but according to a new study, the answer is yes.

In a paper published Tuesday in Nature Communications, a team of researchers shows that explosive volcanic eruptions in high northern latitudes of the globe can impact the Nile watershed, causing the flow of one of the world's mightiest rivers to slow.

This in turn could keep the lower Nile from flooding in the late summer months — a regular occurrence on which ancient Egyptians relied to irrigate their crops.

No Nile flooding meant no irrigation, which meant a bad year in the fields, low food supplies and ultimately, researchers say, civic unrest.

"It's a bizarre concept that Alaskan volcanoes were screwing up the Nile, but in fact, that's what happened," said Joseph Manning, a historian at Yale University who worked on the study.

Manning said the idea to compare geological evidence of volcanoes with records kept by the ancient Egyptians occurred to him about two years ago.

He was at a dinner with geographer Francis Ludlow, now at Trinity College in Dublin, who had contributed to a seminal study that redated volcanic eruptions and looked at how they may have impacted the climate — and history — at the time.

Around their third glass of wine, Manning asked Ludlow whether he had any data on volcanoes that erupted from 305 to 30 B.C. — the centuries that the powerful Ptolemaic dynasty ruled Egypt, and Manning's area of expertise.

When Ludlow pulled the data up on his computer, Manning was stunned. He instantly recognized the dates of some of the volcanoes as corresponding with times of upheaval in Ptolemaic Egypt.

"It almost looked too good to be true," Manning said. "And that's when we started to work."

The two researchers teamed up with William Boos, who studies the fluid dynamics of tropical atmosphere with an emphasis on monsoon circulations to try to understand how an explosive volcano in a different part of the world can affect the East African monsoon season.

The authors explain that sulfurous gases released during a powerful volcano can form reflective sulfate aerosols in the stratosphere. Because these aerosols reflect solar radiation, they lead to a cooling effect that can last for one to two years. This, in turn, affects what is known as the hydroclimate, including the amount of surface evaporation and rainfall.

"It's an indirect response, but because of atmospheric circulation and energy budgets, we find that large volcanic eruptions cause droughts, particularly in monsoon areas," Manning said.

He added that the effect on the Nile watershed appeared to be greatest for volcanoes in the high northern latitudes of the globe.

To see how this dynamic played out in the real world, the authors compared the dates of ancient volcanic explosions from ice cores in Greenland and Antarctica to the Islamic Nilometer — an ancient record of the heights of the Nile's annual summer flood.

The Islamic Nilometer, which stretches more than 1,000 years from 622 till 1902, is the longest-known annually recorded observational hydrological record, the authors wrote.

Through this work, they found that the flood height of the Nile during an eruption year was consistently lower than during non-eruption years — in all but one case.

"On average, the impact of an explosive volcano reduces river flooding by 25 percent below the mean," Manning said.

Although the Nilometer did not go back to the time of Ptolemaic Egypt, the authors still were able to compare data about the timing of ancient volcanoes with socioeconomic and political activity from that era. They were aided by a trove of well-dated records, particularly papyri, that survived.

The researchers found an increase in revolts against Ptolemaic rule in eruption years, suggesting the events might have been triggered by the stress of the Nile failure and not by overtaxation or resentment of Greek rule, as previously has been thought.

And while they discovered no relationship between volcanic explosions and the initiation of wars, the group did find that ongoing wars were more likely to cease after a violent volcano.

This could be because shortly after volcanic eruptions altered the Nile flow, warrior kings had to leave the battlefield and return home to mitigate civil unrest.

For example, after major volcanic eruptions in 247 and 244, historical documents suggest that Ptolemy III was called to address food shortages at home just as he and his troops were about to enter Babylon.

"If he had stayed, he might have conquered the entire Near East — possibly changing the course of human history," Manning said.

The authors note that there are a lot of causes of Nile flooding variability — not just volcanoes. The ancient Egyptians were fairly well adept at handling the river's unpredictability, for example, by relying on grain storage.

Similarly, they point out that there are other reasons besides Nile failure that would have led to revolts in Ptolemaic Egypt: ethnic tensions between Egyptians and Greek elites, heavy state taxation and the cost of having nearly constant military operations.

The authors are not saying that volcanoes caused all civil unrest in Egypt, but they do think the eruptions could have been a factor.

The work suggests that humans may be a little less in control of our destiny than we realize.

"As current events have shown, we still live in nature," Manning said.