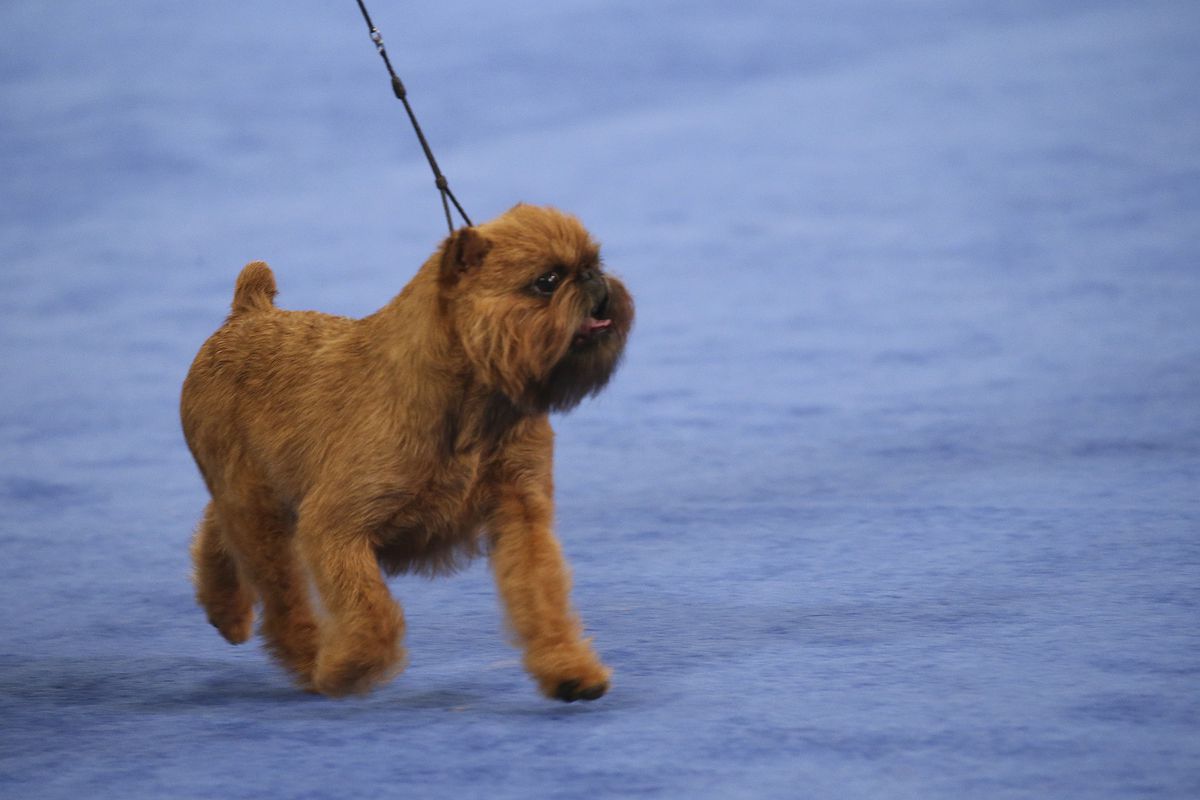 Among the many winners on Thanksgiving Day: Newton, the Brussels Griffon.

The furry little guy was crowned "Best in Show" at the National Dog Show, winning the Toy Group (aka lap dogs) before besting six other group champions: a Portuguese water dog, a whippet, an English springer spaniel, an American Staffordshire terrier, a French bulldog and an Old English sheepdog.

The parade of adorable dogginess, aired after the Macy's Thanksgiving Day Parade, has become an annual tradition and ratings bonanza for NBC, snagging more than 20 million viewers every year. The competition, hosted by the Kennel Club of Philadelphia, was held last weekend, but the results were a closely guarded secret until today's broadcast.

Newton, officially known as GCH Somerset Wynzall Hashtag, competed against 2,000 other dogs for the title. No big deal: The 3-year-old, who one Twitter user described as a Chewbacca look-alike, has 21 other "Best in Show" awards, but this is the first time a Brussels Griffon has won the National Dog Show since NBC Sports began broadcasting it in 2002.

According to the American Kennel Club, the breed is "intelligent and cheerful" and known for an "almost human expression." (Yes, that was a Brussels Griffon in "As Good As It Gets," the 1997 movie with Jack Nicholson and Helen Hunt.)

Newton "is just happy all the time," his handler, Susan Depew, told People magazine. "Everything's great in Newton's world. I just want to live in his world because everything is fun."

To wit: Newton got ice cream to celebrate his victory.

NBC will rebroadcast the show Saturday, because that much cuteness cannot be confined to one day a year.