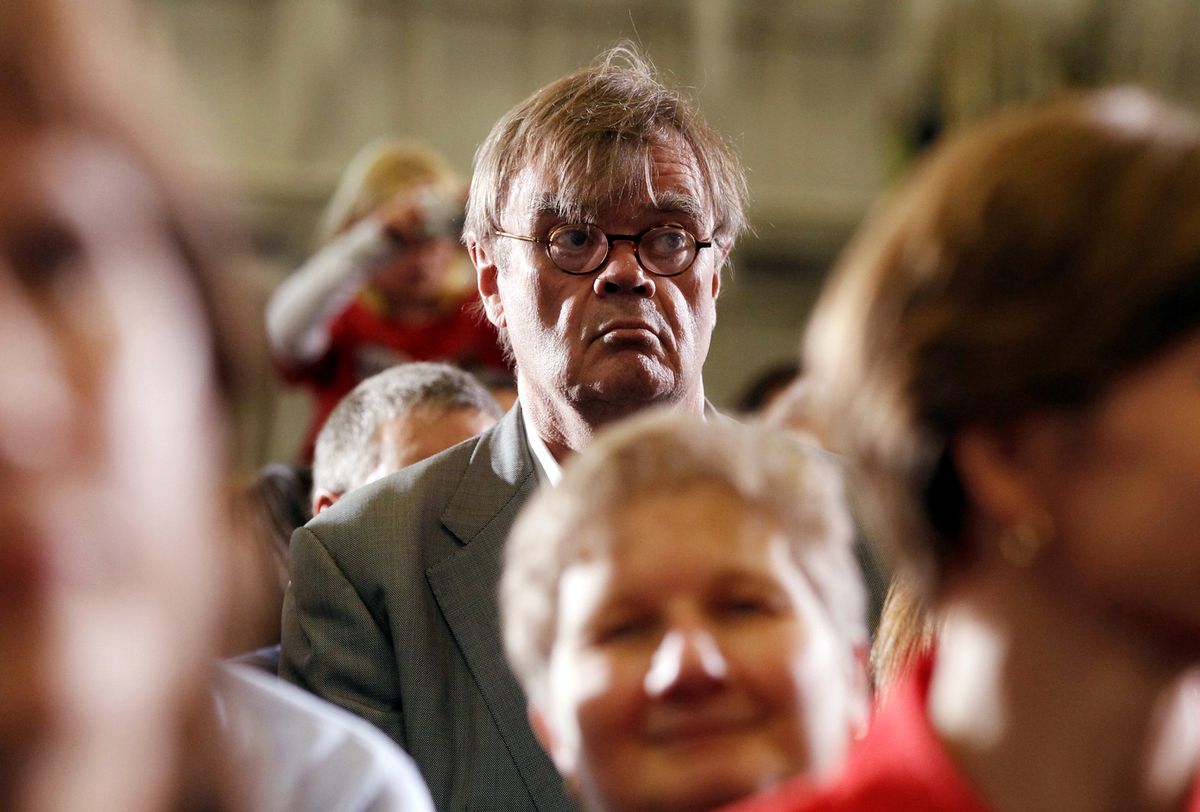 MINNEAPOLIS — Citing "inappropriate behavior with an individual who worked with him," Minnesota Public Radio said Wednesday it has terminated its relationship with Garrison Keillor, the former host of "A Prairie Home Companion" who helped build MPR into a national powerhouse.

In an email to the Star Tribune Wednesday, Keillor said, "I put my hand on a woman's bare back. I meant to pat her back after she told me about her unhappiness and her shirt was open and my hand went up it about six inches. She recoiled. I apologized. I sent her an email of apology later and she replied that she had forgiven me and not to think about it. We were friends. We continued to be friendly right up until her lawyer called."

Keillor even managed a joke of sorts: "Getting fired is a real distinction in broadcasting and I've waited fifty years for the honor. All of my heroes got fired. I only wish it could've been for something more heroic."

Then he turned more serious: "Anyone who ever was around my show can tell you that I was the least physically affectionate person in the building. Actors hug, musicians hug, people were embracing every Saturday night left and right, and I stood off in the corner like a stone statue.

"If I had a dollar for every woman who asked to take a selfie with me and who slipped an arm around me and let it drift down below the beltline, I'd have at least a hundred dollars. So this is poetic irony of a high order. But I'm just fine. I had a good long run and am grateful for it and for everything else."

MPR officials said they would not speak beyond a statement issued Wednesday morning.

In the statement, MPR said it was notified last month of the allegations, "which relate to Mr. Keillor's conduct while he was responsible for the production of 'A Prairie Home Companion.' "

"Based on what we currently know, there are no similar allegations involving other staff," MPR added. "The attorney leading the independent investigation has been conducting interviews and reviewing documents, and the investigation is still ongoing. "

MPR and its parent company, St. Paul-based American Public Media, said it will:

— Change the name of "Prairie Home," which is now hosted by Chris Thile.

— Separate itself from the Pretty Good Goods online catalog, which sells Keillor merchandise, and the PrairieHome.org website.

In an email to MPR members, the network's president, Jon McTaggart, said, "While we appreciate the contributions Garrison has made to MPR and to all of public radio, we believe this decision is the right thing to do and is necessary to continue to earn your trust and that of our employees and other supporters so vital to our public service.

Coincidentally, Keillor wrote a column for the Washington Post this week defending Sen. Al Franken after Los Angeles radio news anchor Leann Tweeden reported that he kissed and groped her without her consent during a 2006 USO tour, before Franken became senator.

"He did USO tours overseas when he was in the comedy biz. He did it from deep in his heart, out of patriotism, and the show he did was broad comedy of a sort that goes back to the Middle Ages. … Miss Tweeden knew what the game was and played her role and on the flight home, in a spirit of low comedy, Al ogled her and pretended to grab her and a picture was taken. Eleven years later, a talk show host in L.A., she goes public with her embarrassment, and there is talk of resignation. This is pure absurdity and the atrocity it leads to is a code of public deadliness. No kidding."