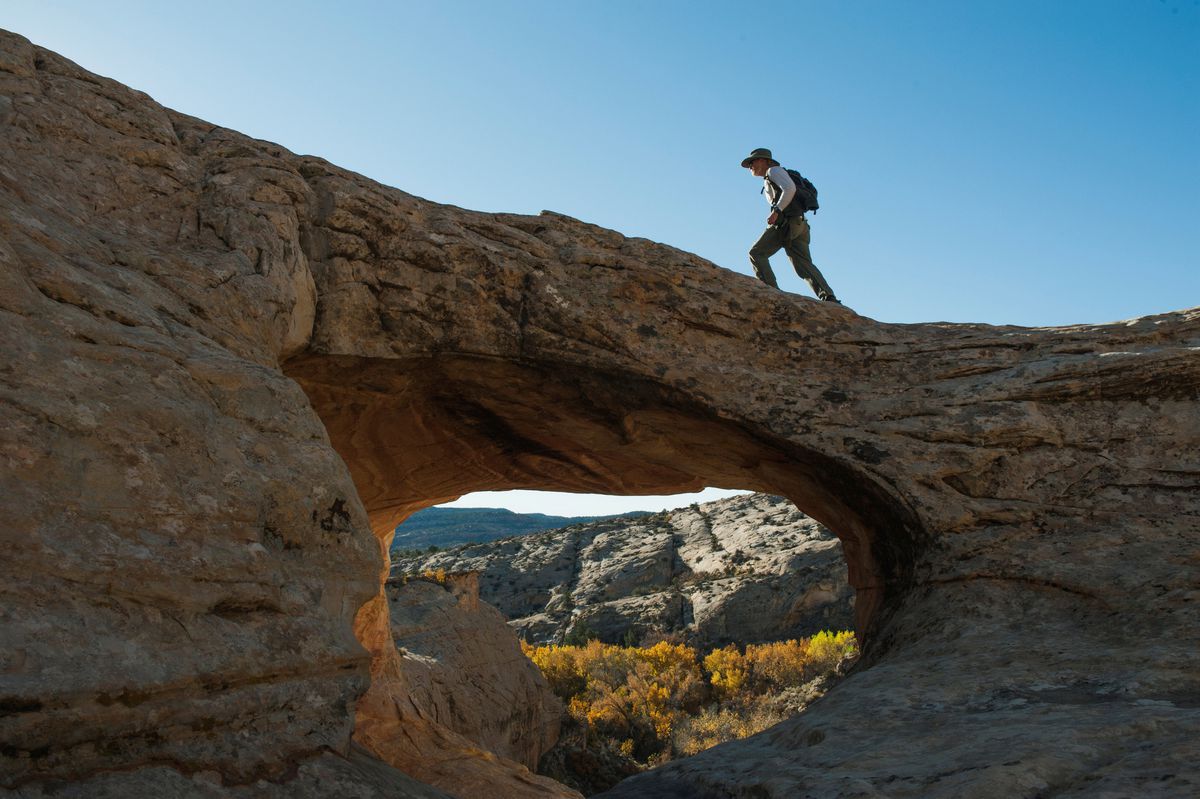 Outdoor goods retailers Patagonia, REI and the North Face are firing back against President Donald Trump's executive order this week that would drastically reduce the size of two national monuments in Utah.

"The president stole your land," reads an overlay on Patagonia's website posted Monday afternoon. "This is the largest elimination of protected land in American history."

The California-based retailer has long been known for its environmental activism, but this week's political stance – and a promise by its founder to sue the Trump administration – represents a shift, experts say, in how corporations are speaking up, not just on behalf of their executives and employees, but also their customers.

"This is a sea change in activism like nothing I've ever seen," said Leslie Gaines-Ross, chief reputation strategist at public relations firm Weber Shandwick. "CEOs are not just raising flags anymore, they're actually taking action and asking their customers to do the same."

REI said on its website it would "continue to advocate for the places we all love," and urged its Twitter followers to change their profile photos to an icon that says "We [heart] our public lands." The North Face, meanwhile, announced it is donating $100,000 to develop a Bears Ears Education Center, and encouraged customers to contribute to a Kickstarter campaign to create it. As of Tuesday afternoon, it had raised nearly $124,000 from 1,700 people.

Together as a community, we need to put our money and our time where our hashtags are," the company said. "Together, let's build something real."

Trump said on Monday that would cut 2 million acres in public land as part of an effort to "reverse federal overreach." Bears Ears, which was established a year ago by President Barack Obama, would be slashed by 85 percent, while Grand Staircase-Escalante, established in 1996 by President Bill Clinton, would be cut by nearly half.

"Some people think that the natural resources of Utah should be controlled by a small handful of very distant bureaucrats located in Washington," he said at a rally in Salt Lake City. "And guess what? They're wrong."

"They don't know your land, and truly, they don't care for your land like you do," he added. "But from now on, that won't matter."

Yvon Chouinard, who founded Patagonia in 1973, begs to differ. The billionaire owner, who has spent the past four decades building a company focused on environmental issues and worker well-being, says he plans to take legal action against Trump.

"I'm going to sue him," Chouinard told CNN. "It's a shame that only 4 percent of American lands are national parks. We need more, not less. This government is evil and I'm not going to sit back and let evil win."

Chouinard stumbled into business by accident when, as a teenager, he began making his own steel tools for climbing. The metal spikes were so effective that he soon began selling them to friends. By the 1970s, he had expanded into clothing.

Today, the company sells a range of outdoors gear and recreational items. It has 2,200 employees and more than $800 million in annual revenue.

As the company has grown, Chouinard has continued to focus on employee well-being. Workers are encouraged to set their own hours, and the company was one of the first in the country to offer on-site child-care.

"We have a policy that when the surf comes up, you drop work and you go surfing," Chouinard said on an NPR podcast last year. "I don't care when you work as long as the job gets done."

The retailer – along with REI, the North Face and many others – earlier this year signed an open letter criticizing Trumps' decision to pull out of the Paris Climate Accord.

"This is a company that knows exactly what it stands for," said Anthony Johndrow, chief executive of a reputation advisory firm in New York. "They've already established what their values are, so when something like this comes down the line, they don't have to think twice before they act."

Earlier this year, Patagonia took out its first-ever commercial – a one-minute television spot in which Chouinard talks about the importance of preserving national parks.

"Public lands have never been more threatened than right now," he says in the ad. "This belongs to us, this belongs to all of the people in America."

On Monday, Patagonia's chief executive doubled down on that message.

"The administration's unlawful actions betray our shared responsibility to protect iconic places for future generations and represent the largest elimination of protected land in American history," Rose Marcario said in a statement. "We've fought to protect these places since we were founded and now we'll continue that fight in the courts."