Give thanks for the winter solstice. You might not be here without it. 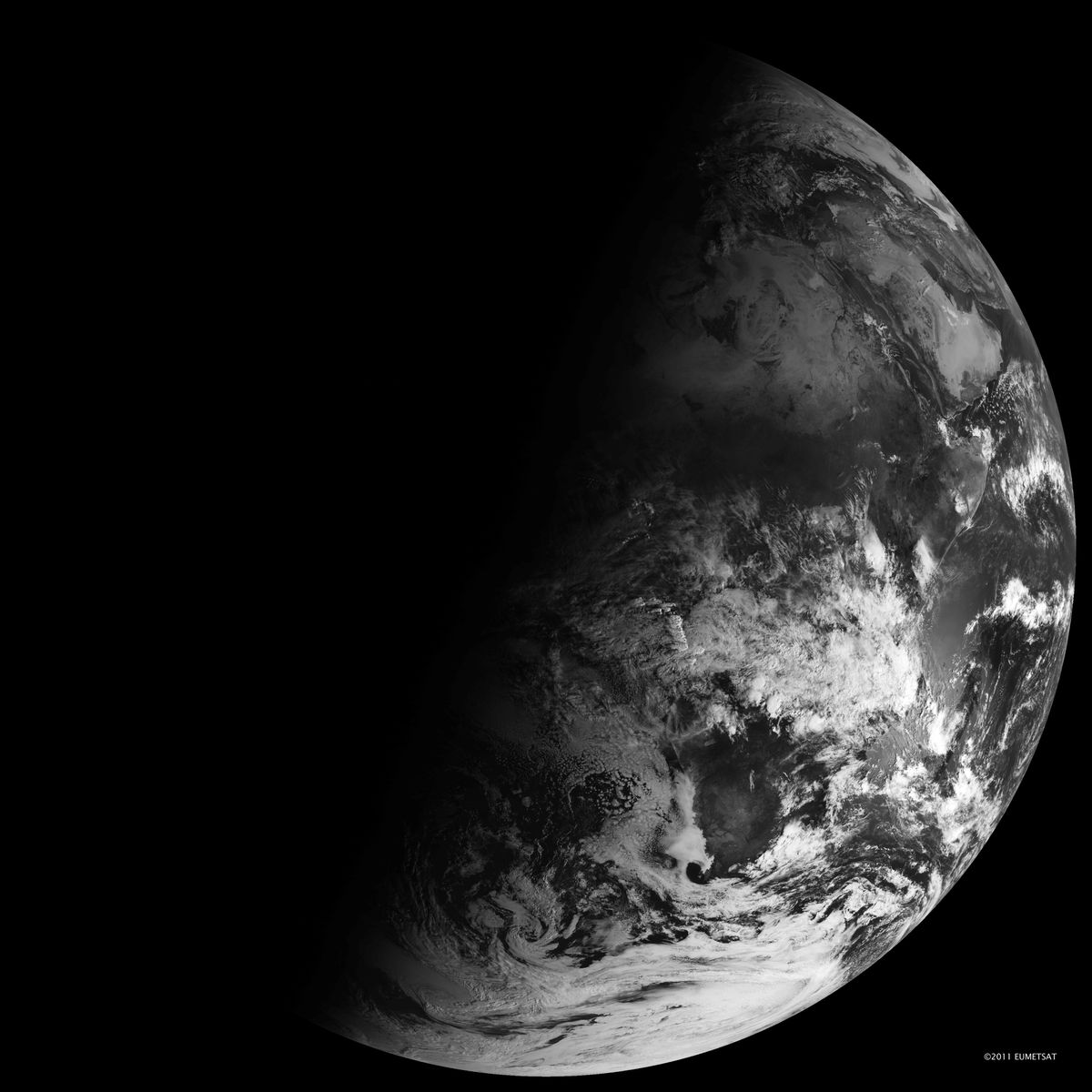 A view from space of how the sun falls on Earth during solstices and equinoxes captured by EUMETSAT’s Meteosat-9. (Robert Simmon and EUMETSAT/NASA Earth Observatory via The New York Times)

A view from space of how the sun falls on Earth during solstices and equinoxes captured by EUMETSAT’s Meteosat-9. (Robert Simmon and EUMETSAT/NASA Earth Observatory via The New York Times)

On Dec. 21, or Thursday this year, the sun will hug the horizon. For those of us in the Northern Hemisphere, it will seem to barely rise — hardly peeking above a city's skyline or a forest's snow-covered evergreens — before it swiftly sets.

For months, the orb's arc across the sky has been slumping, shortening each day.

This is a good opportunity to imagine what such a day might look like if we had evolved on another planet where the sun would take a different dance across the sky. You might want to feel thankful for the solstices and seasons we do have, or we might not be here to witness them at all.

[Found: Another star system with eight planets, just like ours]

The solstices occur because most planets do not spin upright, or perpendicular to their orbits.

The Earth, for example, slouches 23.5 degrees on a tilted axis. This leaves the planet's North Pole pointed toward the North Star over relatively long periods of time, even as Earth makes its yearlong migration around the sun. That means the Northern Hemisphere will spend half the year tilted slightly toward the sun, bathing in direct sunlight during summer's long, blissful days, and half the year cooling off as it leans slightly away from the sun during winter's short, frigid days. Dec. 21 marks the day when the North Pole is most tilted away from the sun.

But every planet slouches at different angles.

The axial tilt of Venus, for example, is so extreme — 177 degrees — that the planet is essentially flipped upside down with its South Pole pointing up. Perhaps counter-intuitively, that means that there's very little tilt to its upside-down spin and its hemispheres will never dramatically point toward or away from the sun. As such, the sun's dance across the sky will remain relatively stable — shifting by a mere 6 degrees over the course of a Venusian year.

Had we evolved on Venus, it's likely that we would not have noticed solstices or seasons at all, said David Grinspoon, an astrobiologist at the Planetary Science Institute.

An axial tilt of 98 degrees causes the ice giant to spin on its side. So, whereas one of Earth's poles leans slightly toward the sun at solstice, one of Uranus' poles points almost directly toward the sun at solstice — as if poised to make a perfect bull's-eye. That means that one hemisphere will bask under the sun both day and night, while the other will experience a frigid and dark winter and not catch a glimpse of the sun for that entire season.

"It really can't get any more extreme than that," said Heidi Hammel, a planetary scientist at the Planetary Society.

Such a tilt on Earth would mean that the Arctic Circle didn't begin 66 degrees north of the equator, but at the equator itself. All of North America, Europe, Asia and half of Africa would spend winters in permanent darkness and summers under constant sunlight. And on Uranus, which takes 84 Earth years to orbit the sun, these seasons last for decades.

"If there were creatures on Uranus — and I don't think there are — seasonal affective disorder would be a lifetime thing," Hammel said.

But the king of extreme seasons is Pluto.

When NASA's New Horizons spacecraft arrived at the dwarf planet in 2015, scientists discovered a unique world overflowing with surface features that look like networks of drainage channels and even a frozen lake. But given Pluto's low atmospheric pressure and chilly surface temperature, liquids cannot flow across the surface — at least not today.

"That can't happen in the current environment," said Alan Stern, the principal investigator of the mission. "So, neither the channels nor the lake can be."

[Gravitational wave from black hole collision 1.8 billion light-years away sensed in US and Italy]

Scientists now have an explanation: Seasons in Pluto's past pushed atmospheric pressure high enough to allow liquids of methane and nitrogen to flow and pool on the surface.

A changing axial tilt is the biggest driver of wildly varying seasons on Pluto. Over the course of 4 million years, Pluto's slouch shifts back and forth between 102 and 126 degrees, causing its equivalent of an Arctic Circle to grow and shrink. That occasionally creates seasons where the atmospheric pressure is high enough that liquid methane and nitrogen can flow.

Although, astronomers remain uncertain how a planet's seasons might affect its likelihood to host life, Grinspoon argues that such dramatic swings — like those on Pluto — are likely a hindrance because they can make a planet unfit to live on for long stretches of time. "Life needs a continuously habitable zone to thrive," he said. Similarly, astronomers have long suspected that life would likely not survive on Earth should it have an axial tilt more akin to Uranus.

So, as the sun reaches its farthest point in the sky on Dec. 21, be grateful. Never will the sun dip so far below the horizon that it plunges half of the globe into a monthslong night and the other half into an equally long summer. Nor does Earth's tilt change drastically over millions of years, thanks to the influence of the moon. Instead, the sun appears to trot back and forth between the extremes, like the pendulum of a great clock, keeping the planet cozy while steadily counting off its years.