Erosion is revealing surprising amounts of water ice on Mars 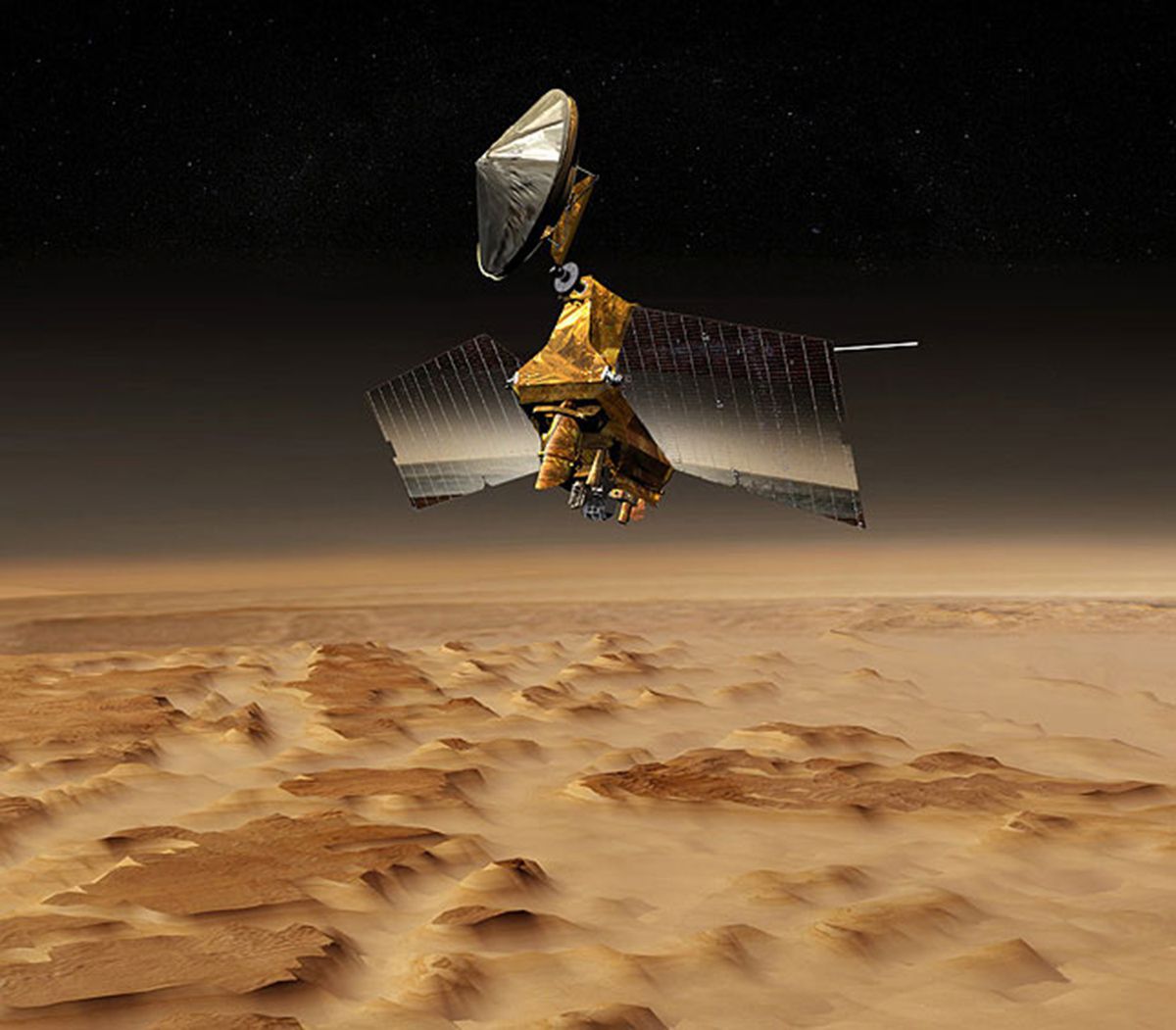 Thanks to erosion wearing away surface rock on Mars, scientists using NASA's Mars Reconnaissance Orbiter have spotted thick deposits of ice in the planet's mid-latitudes that extend hundreds of feet deep.

The discovery, described in the journal Science, could offer researchers a tantalizing new spot to sample our dusty, rusty neighbor.

"This ice is a critical target for science and exploration: it affects modern geomorphology, is expected to preserve a record of climate history, influences the planet's habitability, and may be a potential resource for future exploration," the study authors wrote.

[Found: Another star system with eight planets, just like ours]

In spite of its dry appearance, about a third of the Red Planet actually holds shallow ground ice. But while that frozen water's extent is fairly well known, other crucial details — how thick it is, what its layers look like, and how pure it is — largely remain unknown. If future explorers want to be able to draw down these water sources, scientists are going to have to learn much more about them.

The deposits described in this new paper offer a potential window into some of those mysteries. The researchers examined eight different exposed ice deposits on the planet spotted by the orbiter's HiRISE camera. Seven of them are pole-facing scarps (that is, steep banks or slopes) in the southern hemisphere; one is a cluster of scarps in the northern hemisphere, in Milankovic Crater.

"The scarps are sharply defined and nearly straight, up to (about 3.7 miles) long, and face slightly east of poleward," the scientists wrote.

These ice deposits could start just 1 to 2 meters beneath the surface but extend more than 100 meters (or more than 328 feet) deep. They're capped with a layer of rock and dust that's been cemented with ice. These deposits seem to be pretty pure in terms of composition — not a lot of dust or dirt mixed in — which was not what scientists originally expected.

On one of the scarps, a number of boulders have fallen out as the ice retreats. Those boulders actually allowed scientists to compare before-and-after images to calculate how fast the ice was shrinking back (a few millimeters every summer).

The researchers think the ice deposits started out as snow or frost that fell, was compacted and then recrystallized.

"This interpretation is consistent with the high ice content and the mantling appearance of the host unit," the study authors wrote.

That's not all that different from glaciers on Earth, which form from snow being compacted over hundreds, thousands and even millions of years. Here, glaciers are a crucial tool for understanding our planet's atmospheric history. Each layer of snow laid down over time records a different epoch — and the deeper the layers, the older the epoch. Air pockets trapped in the ice provide tiny, prehistoric samples of air that can be analyzed.

Similarly, these Martian ice deposits could offer scientists a frozen trove of information just waiting to be sampled and studied up close. And because they've already been excavated by erosion, they're much easier to access.

"These shallow depths make the ice sheets potentially accessible to future exploration," the authors wrote, "and the scarps present cross-sections of these ices that record past episodes of ice deposition on Mars."