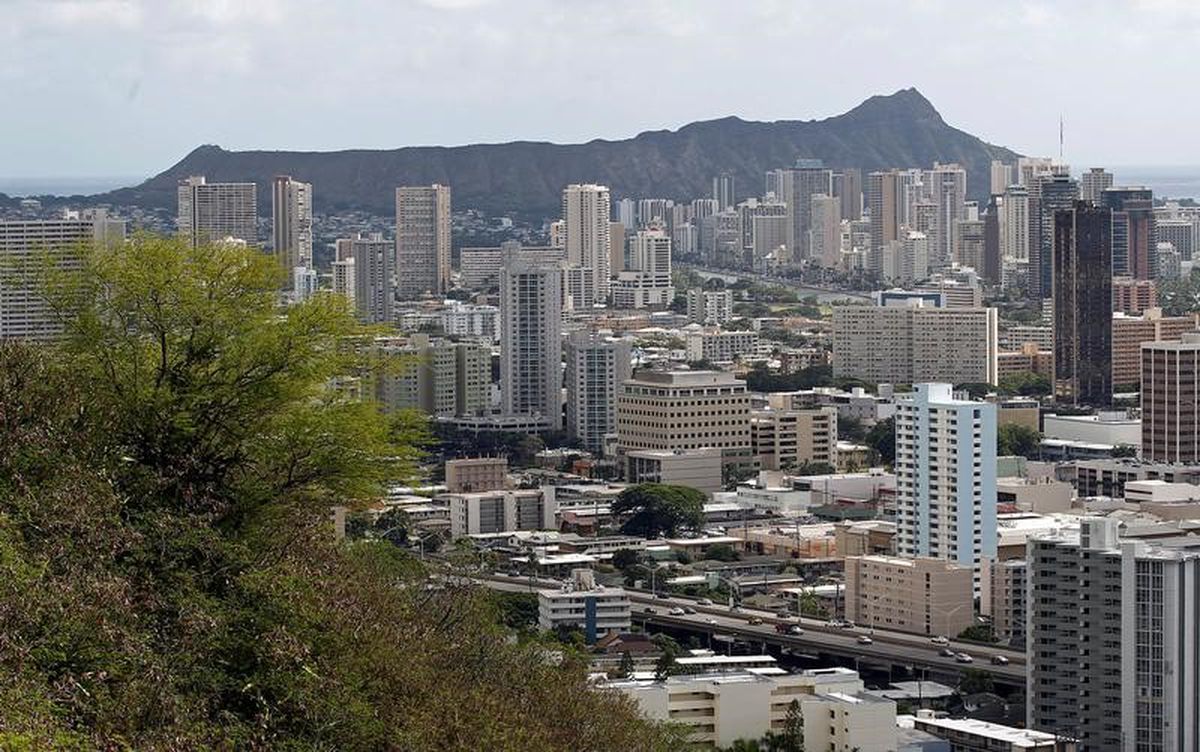 A view of Honolulu, Hawaii is seen from the National Memorial Cemetery of the Pacific November 9, 2011. (Chris Wattie / Reuters file)

A view of Honolulu, Hawaii is seen from the National Memorial Cemetery of the Pacific November 9, 2011. (Chris Wattie / Reuters file)

U.S. Sen Brian Schatz said both the error that caused the false alarm of a missile attack on Hawaii and the response to that error were "absolutely unacceptable," and lawmakers said Saturday that both the state House and Senate will hold hearings to get to the bottom of what went wrong.

Schatz said he was en route to a public speaking engagement in Honolulu, and his wife was taking their two children to the dentist when the alert moved and his phone "blew up."

[38 minutes of fear: Alaskans vacationing in Hawaii get terrifying practice run at a missile crisis]

Schatz said he attempted to contact the military authorities and was unable to immediately do so, but then was able to reach Gov. David Ige. Ige confirmed what Schatz already strongly suspected because of other sources of information available to him — that this was a false alarm.

"He told me that they were in the process of getting a statement out, and I strongly encouraged him to just use his Twitter account to say that it was a false alarm, because people were panicked, and then he did so," Schatz said. He added that "There was a planning failure. They don't have a process that works."

There is no missile threat. It was a false alarm based on a human error. There is nothing more important to Hawai‘i than professionalizing and fool-proofing this process.

Leadership in the state House and Senate responded to Saturday's false missile warning, promising to investigate and impose consequences for the error.

"This system we have been told to rely upon failed and failed miserably today. I am deeply troubled by this misstep that could have had dire consequences. Measures must be taken to avoid further incidents that caused wholesale alarm and chaos today," House Speaker Scott Saiki said in a statement.

"Clearly, government agencies are not prepared and lack the capacity to deal with emergency situations. … The Hawaii House of Representatives will immediately investigate what happened and there will be consequences. This cannot happen again."

State Senate Majority Leader J. Kalani English said he was "outraged" by the mistake, calling it "both unfortunate and very unacceptable."

"I am outraged that a mistake of this magnitude occurred. … The panic and pandemonium that many in Hawaii experienced was unwarranted and completely unnecessary.

"I will be working with my colleagues in the Legislature to investigate into this matter and to provide the proper oversight to ensure that our state emergency alert system is properly functioning. We need to ensure that this never happens again and I am committed to doing so."