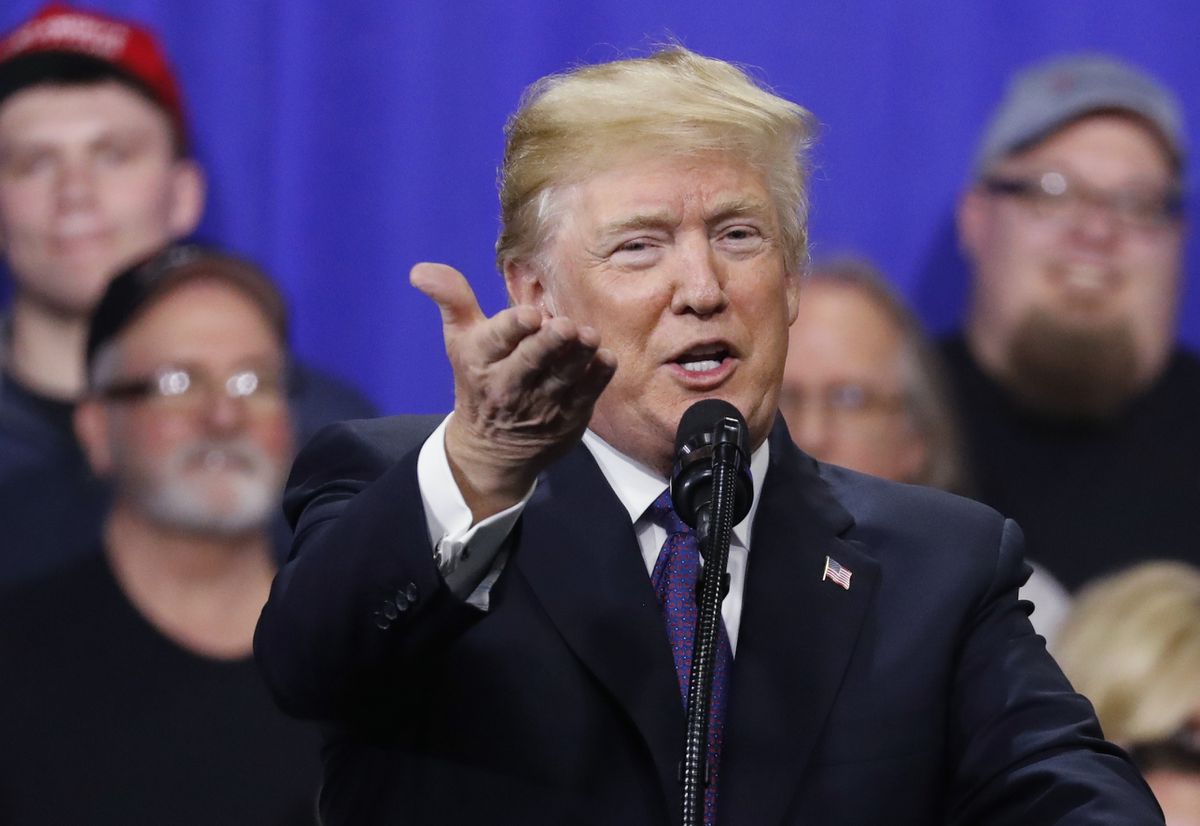 WASHINGTON — Lawyers for President Donald Trump have advised him against sitting down for a wide-ranging interview with the special counsel, Robert S. Mueller III, according to four people briefed on the matter, raising the specter of a monthslong court battle over whether the president must answer questions under oath.

His lawyers are concerned that the president, who has a history of making false statements and contradicting himself, could be charged with lying to investigators. Their stance puts them at odds with Trump, who has said publicly and privately that he is eager to speak with Mueller as part of the investigation into possible ties between his associates and Russia's election interference, and whether he obstructed justice.

Trump's decision about whether to speak to prosecutors, expected in the coming weeks, will shape one of the most consequential moments of the investigation. Refusing to sit for an interview opens the possibility that Mueller will subpoena the president to testify before a grand jury, setting up a court fight that would dramatically escalate the investigation and could be decided by the Supreme Court.

Rejecting an interview with Mueller also carries political consequences. It would be certain to prompt accusations that the president is hiding something, and a court fight could prolong the special counsel inquiry, casting a shadow over Republicans as November's midterm elections approach or beyond into the president's re-election campaign.

But John Dowd, the longtime Washington defense lawyer hired last summer to represent Trump in the investigation, wants to rebuff an interview request, as do Dowd's deputy, Jay Sekulow, and many West Wing advisers, according to the four people. The lawyers and aides believe the special counsel might be unwilling to subpoena the president and set off a showdown with the White House that Mueller could lose in court.

They are convinced that Mueller lacks the legal standing to question Trump about some of the matters he is investigating, like the president's role in providing a misleading response last summer to a New York Times story about a meeting Trump's son Donald Trump Jr. had with Russians offering dirt on Hillary Clinton.

The advisers have also argued that on other matters — like the allegations that the president asked the former FBI director, James B. Comey, to end the investigation into the former national security adviser Michael T. Flynn — the president acted within his constitutional authority and cannot be questioned about acts that were legal.

But Dowd has taken the lead on dealing with the special counsel about an interview and has been discussing the matter with Mueller's office since December.

Others close to Trump have also cautioned him against a freewheeling interview. Marc E. Kasowitz, the president's longtime personal lawyer from New York who initially dealt with the special counsel after Mueller took over the Russia investigation in May, has also consistently said the president should not agree to the interview.
(BEGIN OPTIONAL TRIM.)
Chris Christie, the former governor of New Jersey who led the presidential transition until just after the election, bluntly said last week that Trump should reject a request to be questioned.

"I don't think the president of the United States, unless there are credible allegations — which I don't believe there are — should be sitting across from a special counsel," he said on ABC's "Good Morning America."

Newt Gingrich, the former House speaker and an informal adviser to Trump, echoed that advice.

"The idea of putting Trump in a room with five or six hardened, very clever lawyers, all of whom are trying to trick him and trap him, would be a very, very bad idea," Gingrich said last month on "Fox and Friends."

Presidents have often agreed to speak with federal prosecutors who are investigating their actions or those close to them. But Richard M. Nixon refused to turn over to the special prosecutor investigating him tapes of incriminating conversations with aides. The matter eventually went before the Supreme Court, which ruled in 1974 that the president, like every American, was not above the law and had to comply with the special prosecutor's request.

"The upshot of the Nixon tapes case was that any president is going to have an extremely hard time resisting a request from a law enforcement officer," said Neal K. Katyal, an acting solicitor general in the Obama administration and a partner at the law firm Hogan Lovells.

"In general," he added, "presidents do sit for interviews or respond to requests from prosecutors because they take their constitutional responsibility to faithfully execute the laws seriously, and running away from a prosecutor isn't consistent with faithfully executing the laws."

Trump's penchant for bravado has been a factor that his lawyers must contend with. The president has bragged to some aides that he would be able to clear himself if he talked to Mueller's team.

"I'm looking forward to it, actually," Trump told reporters at the White House last month, though he added, almost as an afterthought, that an interview would be "subject to my lawyers, and all of that."

When pressed, he also said he would be willing to be questioned under oath. Questioning by Mueller would not be under oath, though lying to federal investigators is a crime.

Despite his penchant for exaggerations and falsehoods in public remarks, Trump has appeared far more aware of the legal risk of making false statements when he has been deposed in civil cases related to his businesses.

In one deposition related to a libel case that Trump brought against the journalist Tim O'Brien, Trump admitted more than two dozen times under oath that he had lied in the past about a range of subjects. Trump ultimately lost the case.

Since summer, the White House has been in what Cobb has called "total cooperation mode." He has issued few, if any, objections as Mueller's team interviewed senior White House officials and reviewed reams of emails and other internal documents. The White House was operating on a strategy that, since Trump had nothing to hide, full cooperation was the best chance to bring the investigation to a quick, decisive end.

Cobb had told the president and the public that the Mueller inquiry would be over by the end of 2017, or soon after. But a month into 2018, it remains unclear when Mueller will wrap up the bulk of his work.

Privately, people close to the president have conceded that assuring Trump that the investigation would end by a certain date was primarily aimed at keeping him from antagonizing Mueller on his Twitter feed or in interviews.