Manufacturer that cut jobs deal with Trump gets $2.5 billion Pentagon contract without competition 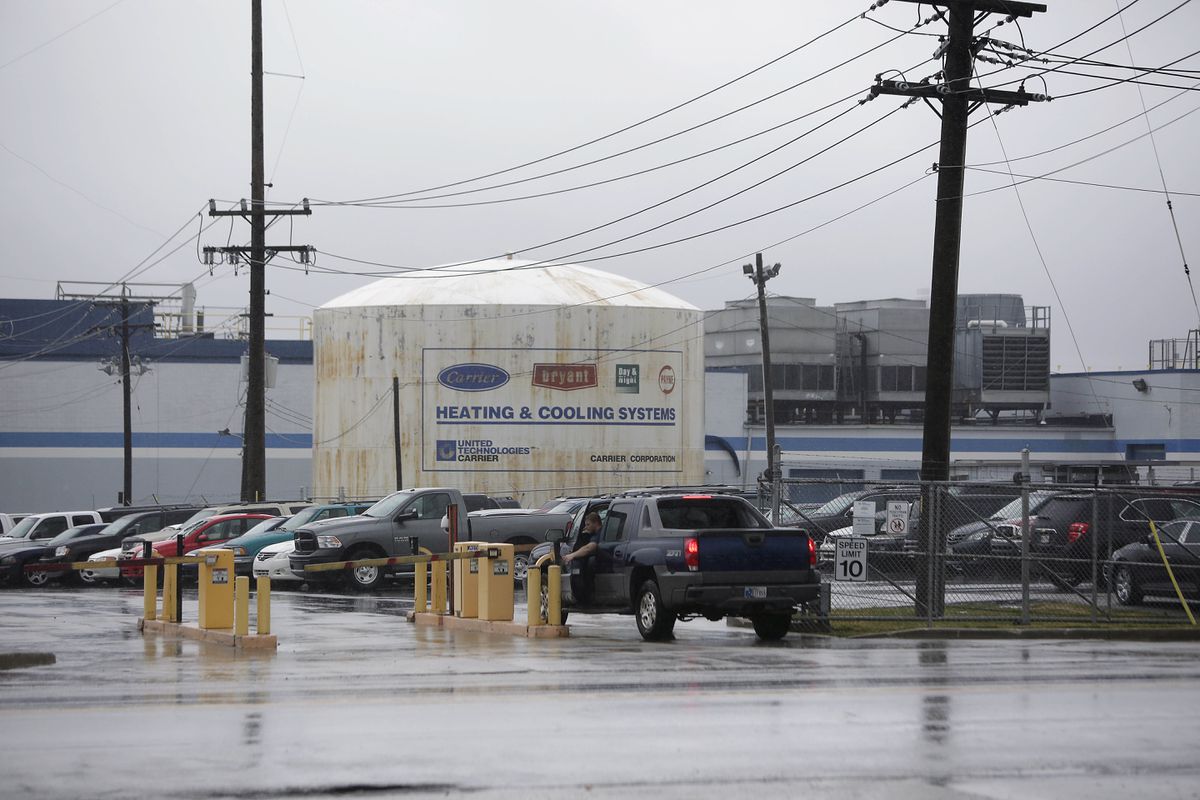 United Technologies handed Donald Trump bragging rights in late 2016 when, just weeks after he won the election, the manufacturing giant publicly credited the soon-to-be president with striking a deal to save hundreds of Indiana furnace factory jobs that seemed destined to move to Mexico.

In exchange for $7 million in state tax credits, the firm agreed to retain 770 of roughly 1,400 positions at a Carrier plant in Indianapolis and send the rest to Monterrey, Mexico. Greg Hayes, the company's chairman and chief executive, later suggested federal contracts also played a role, saying: "I was born at night, but not last night. . . . I also know that about 10 percent of our revenue comes from the U.S. government."

More than a year into Trump's presidency, that federal money continues to flow to United Technologies' subsidiaries. The Defense Department recently gave the company's Connecticut-based aeronautics subsidiary a $2.5 billion contract without competition to provide propeller systems, wheels and brakes, landing gear, flight sensors and other equipment directly to the armed services.

A United Technologies spokesperson said in an email that the contract awarded Wednesday is in no way related to the deal negotiated with Carrier. The company merited the contract because it maintains numerous patents for airplane parts that it considers proprietary, an analyst said.

"It's not that other people can't make [the parts being sold under the contract awarded Wednesday], but United Technologies holds patents that mean others are not allowed to make them," said Loren Thompson, an aerospace analyst with the nonprofit Lexington Institute, which gets some funding from United Technologies.

Still, the size of the award raised eyebrows.

"Sole-sourced contracts for these types of materials are not unusual, but $2.5 billion is unusually big," Thompson said.

It comes as United Technologies is moving forward with a $30 billion merger with Rockwell Collins, another aerospace parts manufacturer. Trump's tax bill will make it easier for the company to pay off debt under that deal because of regulatory changes that will allow it to return cash from overseas.

The fortunes of the Carrier plant have not been so bright.

Since Trump's jawboning, the plant experienced a round of layoffs in July, when 337 workers left the plant. Another 300 positions were terminated in January.

"It just doesn't seem that the government is going to use its contracts to exert any leverage on the jobs front," said Richard Aboulafia, an aerospace analyst with Teal Group. "It seems like it's not as much of an action item as it was a year ago, and it wasn't then either. It was just optics."

Robert James, president of the local United Steelworkers union that represents the Carrier employees, said he hasn't heard of more anticipated layoffs. But workers are skeptical about the future. Four days after Trump visited Indianapolis to celebrate the Carrier deal, United Technologies chief executive Hayes said in a television interview that he planned to invest in automation, reducing the need for human labor.

Some Carrier workers expressed resignation that they would see little benefit from the big defense deals.

"That's the government doing business with big corporations like always," said T.J. Bray, another worker on the factory floor.