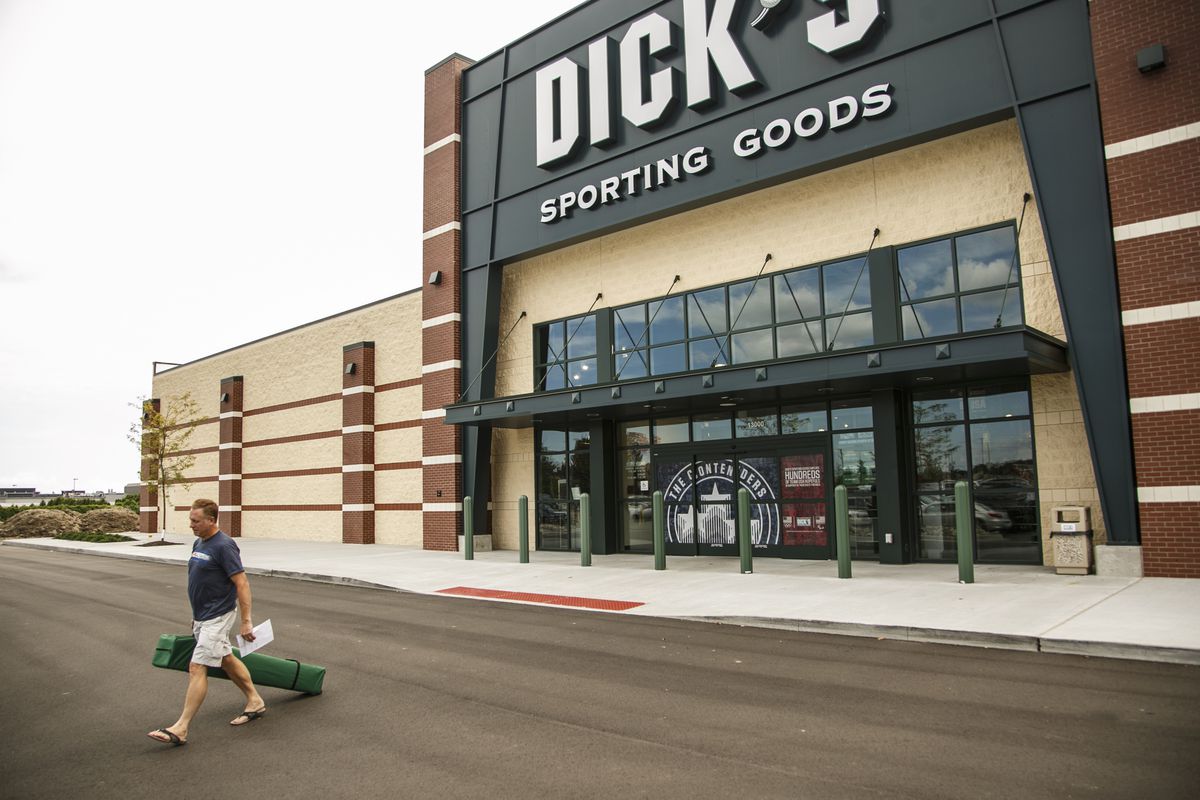 Some of the biggest names in business have been distancing themselves in recent days from hard-core U.S. gun culture by severing ties with the National Rifle Association. Wednesday brought the most dramatic move to date, when Dick's Sporting Goods said it would stop selling assault-style rifles and raise the minimum age for buying firearms at its 610 stores nationwide from 18 to 21.

While gun experts and analysts warn that these moves are unlikely to have a significant impact on the availability of guns in the United States, the string of corporate decisions signals the growing pressure to take sides in the country's increasingly divisive gun debate.

Kroger Co. said Thursday it will stop selling firearms and ammunition to buyers under the age of 21 at its Fred Meyer stores. The announcement follows a similar move by Walmart on Wednesday.

As gun owners have become more insistent about their rights, ownership overall has been waning. In 2016, guns were present in fewer than a third of U.S. households, according to the widely respected General Social Survey. That is 22 percentage points lower than the high of 54 percent recorded in 1977.

The latest corporate announcements were spurred by the killing of 17 people at a Parkland, Florida, high school two weeks ago when an assailant allegedly used an assault-style rifle. Since then, Enterprise Rent-A-Car said it would end discounts to NRA members. The First National Bank of Omaha stopped issuing an NRA-branded Visa card. Delta Air Lines ended its own NRA discounts – which drew a rebuke from Georgia' lieutenant governor, who threatened to kill a state tax break on jet fuel in retaliation.

The decision by Dick's prompted more strong reactions, even though the retailer stopped selling assault-style rifles at its main store locations in 2012. Wednesday's announcement expands this to cover the 35 Field & Stream stores it owns. The retailer will still sell hunting rifles and accessories.

Dick's chief executive Edward Stack said in a statement that the retailer was motivated to change its policies because "thoughts and prayers are not enough," a reference to the much-derided phrase sometimes offered after mass shootings. Stack was alarmed that the 19-year-old accused in the Parkland shooting had purchased a shotgun at a Dick's store last year, although that weapon was not used in the mass shooting.

The sudden decision to stop selling assault-style rifles, along with the other changes, means that the retailer suddenly has an inventory it is never going to sell.

A company spokeswoman said the company had not decided what it would do with those assault-style rifles but said "the company has committed that the guns will not be made available in any marketplace in any way."

Still, Dick's represents just a tiny fraction of the roughly 64,000 licensed gun stores registered with the federal government. And nearly 40 percent of people buy guns from sources other than stores, such as at guns shows and from friends, according to a 2017 study.

"Big picture, this won't matter," said David Kopel, an associate policy analyst at the Cato Institute, a Washington think tank advocating limited government. He owns a hunting rifle from Dick's and said he would never shop at the chain again. "One chain deciding they're going to take a stand is not going to deter anybody."

But gun-control advocates saw the decision by Dick's as among the first steps in a longer process.

"The act itself is extraordinary," said David Chipman, senior policy adviser at the Giffords Law Center to Prevent Gun Violence. He compared it to CVS' decision to stop selling cigarettes.

Gun makers already are facing more pressure after the Parkland shooting, especially from their investors, such as BlackRock, one of the biggest owners of stock in publicly traded gun manufacturers.

"We will be engaging with weapons manufacturers and distributors to understand their response to recent events," BlackRock said in a statement.

Many gun makers saw sales slump in the past year, as fears of new gun-control legislation – always a potent driver of sales – faded under Republican leadership. The stock price of American Outdoor Brands, which owns the Smith & Wesson brand that made the gun used in the Parkland shooting, has fallen by more than half since November 2016.

Dick's, meanwhile, joins Walmart in ending sales of assault-style rifles. Walmart, based in Bentonville, Arkansas, blamed sluggish sales for its move in 2015. On Wednesday, the retailer said it was removing items from its website that resembled assault-style rifles, including airsoft guns and toys. The company said it was also raising the minimum age for purchasing firearms and ammunition to 21.

It does not appear that even the loss of Walmart, the nation's top-seller of guns and ammunition, made a dent in gun sales overall. The number of FBI firearm background checks – the best proxy for gun sales – hit an all-time high in 2016, driven by fears of a Democrat winning the White House. The number fell only slightly last year, to more than 25 million.

Dick's is unlikely to take a big financial hit from changes in which guns it sells and how it sells them, said Christopher Svezia, an analyst at Wedbush, noting that guns do not make up a large proportion of the company's business.

Mercy Investment Services filed a shareholder resolution in late December asking Dick's to take steps including stopping the sale of assault-style weapons. Sister Valerie Heinonen, the group's director of shareholder advocacy, said she and a group of nuns met with Dick's executives, including Stack, in January to discuss the company's approach to selling weapons. Heinonen says she left feeling that the meeting was productive but had no idea Dick's would move to eliminate assault-style weapons so quickly.

Wednesday morning, it was largely business as usual at a Dick's store in northern Virginia just hours after the chief executive's major announcement.

More than 150 rifles were on display, flanked by two deer heads in a back corner labeled "The Lodge." Beretta 20-gauge shotguns were being sold for $1,999, while Remington 870 Super Mag 12-gauges were $449.97. Many non-assault-style guns were available.

"If the government isn't going to impose gun control, at least vendors are doing something about it," said Kenneth Faunteroy, 49, who had come looking for swim trunks. "Maybe this will encourage other companies to act, too."

A retired police officer and NRA member shopping at Dick's on Wednesday morning said he agreed. The government, he said, was not doing enough to limit the sale of assault rifles.

"I believe in the Second Amendment – I have a bunch of guns, and I'm all for arming teachers," said Tony, 67, who declined to give his last name. "But I also believe our laws are outdated and not being enforced the way they should be. AR-15s are for war, as far as I'm concerned, and they should be outlawed."

Others, though, shrugged off the announcement as a public relations stunt.

"Does it make a difference if Dick's doesn't sell ARs? Not really," said Joe Davis, 44, who noted that he has an assault-style rifle at home. "It's not the end of the world if one store stops selling them."