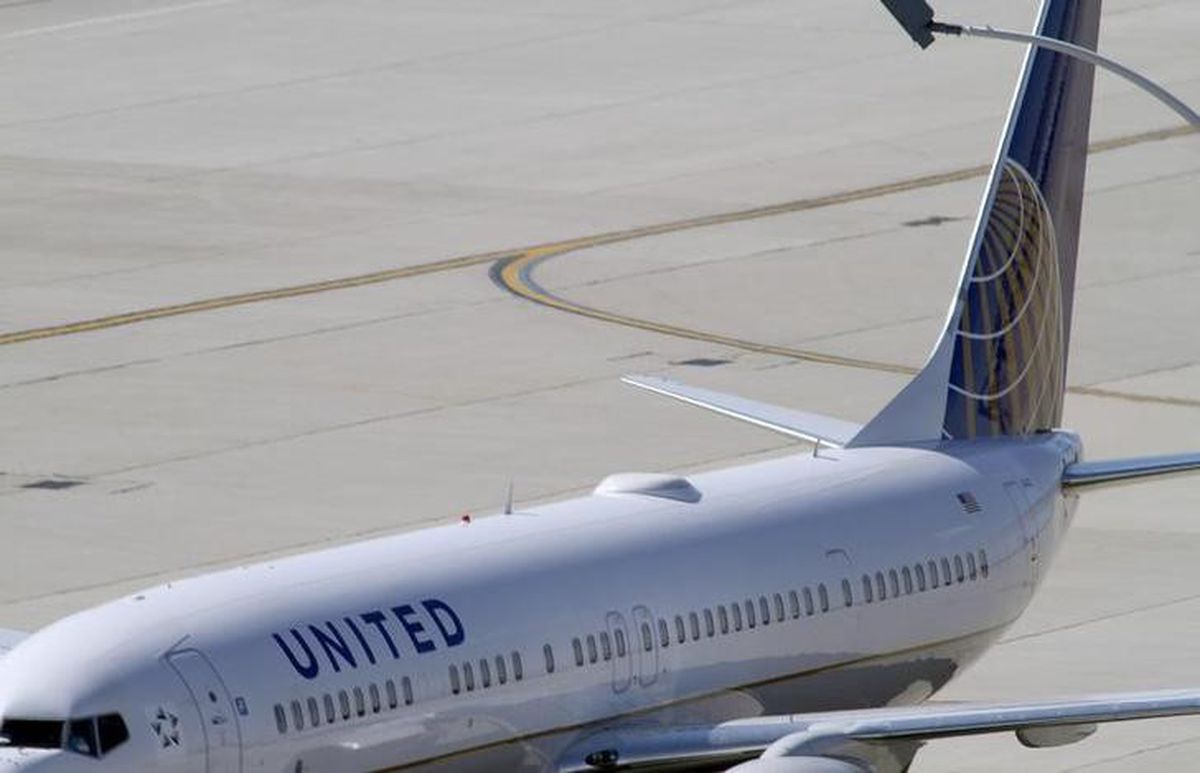 A United Airlines jet at a gate at O’Hare International airport in Chicago. REUTERS/Frank Polich/File

A United Airlines jet at a gate at O’Hare International airport in Chicago. REUTERS/Frank Polich/File

United Airlines said it will "assume full responsibility" for the death of a 10-month-old puppy that appeared to have suffocated after it was placed inside an overhead compartment on a three-hour flight from Houston to New York City on Monday.

According to accounts from fellow passengers on United Flight 1284, a flight attendant demanded that a woman traveling with the puppy and her two children place the puppy in its carrier inside the overhead bin for the duration of the flight. The woman protested, witnesses said, but the flight attendant assured her that the dog would be safe, and told her the family would not be allowed to travel if she refused to stow the dog in the bin.

When the airplane landed at LaGuardia Airport and the owner opened the overhead bin, the puppy was no longer breathing.

"This was a tragic accident that should never have occurred, as pets should never be placed in the overhead bin," a United spokeswoman said in a statement Tuesday. "We assume full responsibility for this tragedy and express our deepest condolences to the family and are committed to supporting them."

According to United policy, small pets can travel in the cabin in a hard-sided or soft-sided kennel at a charge of $125, as long as the carrier can fit in the space underneath the seat in front of the passenger.

Several fellow passengers who watched the distraught family recounted the incident on social media. The story was later picked up by The Points Guy, a travel consumer advocacy blog.

"I just flew into LGA and witnessed a United flight attendant instruct a passenger to put her dog bag in the overhead bin," tweeted passenger Maggie Gremminger. "It was clearly a dog and while the customer was adamant about leaving it under the seat, the attendant pushed her to do so."

Gremminger said she and another passenger were concerned that the dog would not be safe inside the overhead bin, but assumed that the flight attendant's adamancy meant that there must be air ventilation inside the compartment.

"They INSISTED that the puppy be locked up for three hours without any kind of airflow," another Flight 1284 passenger, June Lara, wrote in a Facebook post early Tuesday. "They assured the safety of the family's pet so wearily, the mother agreed."

The puppy whimpered through the beginning of the flight, but eventually quieted.

Finally, when the plane landed and the dog's owner opened the bin and pulled out the dog carrier, Lara recounted, there was no sound.

"There was no movement as his family called his name," Lara wrote. "I held her baby as the mother attempted to resuscitate their 10 month old puppy."

When the dog's owner realized what had happened, Gremminger said, "she sat in the airplane aisle on the floor crying."

"I am disgusted and traumatized. Pets are family," Gremminger said. "How could a trained flight attendant instruct a passenger to place her dog in that bin. It was her job to understand the plane and it's rules/limitations."

United said in its statement that the airline is conducting an investigation into the incident "to prevent this from ever happening again."

Photos of the dog and its travel carrier posted by Lara suggest that the puppy may have been a pug, a dog breed that is particularly susceptible to suffocation if not given adequate access to air and ventilation.

"This little guy fought hard for his life, filling our flight with his cries until he finally ran out of breath," Lara wrote in his post. "United Airlines does not care about the safety of their furry travelers. This poor family paid $125 for their pet to be murdered in front of them. There is no excuse for the pain this family is suffering."

In recent years, with increasing numbers of travelers wanting to bring their pets along, airlines have implemented special programs to accommodate the animals' needs – and to assure owners that their pets will arrive at their destination healthy and comfortable.

And United has leaned hardest into the pet transportation market. In 2017, the airline transported 138,178 animals – more than any other commercial air carrier, 27 percent of the total number of animals transported by all the major airlines in the U.S.

United says it's special "PetSafe" facilities are intended to help safely transport animals that are not allowed to travel in the cabin of the aircraft with their owners. At some airports, dogs, cats, and other small and mid-size animals are carried to and from the plane in temperature-controlled vehicles, and the airline says it has veterinarians on staff to monitor the animals' welfare as they wait to board.

At O'Hare International Airport in Chicago, pets traveling as cargo are kept in a separate state-of-the-art building.

"The overwhelming majority of dogs and cats have no incidents," United spokesman Charles Hobart said last month in an interview about the airline's accommodations for pets.

But that doesn't mean that there are never tragic outcomes. According to a recent report issued by the Department of Transportation, last year there were 24 recorded incidents of an animal dying while being transported by a major U.S. air carrier.

Of those 24 incidents, 18 took place on United Airlines.