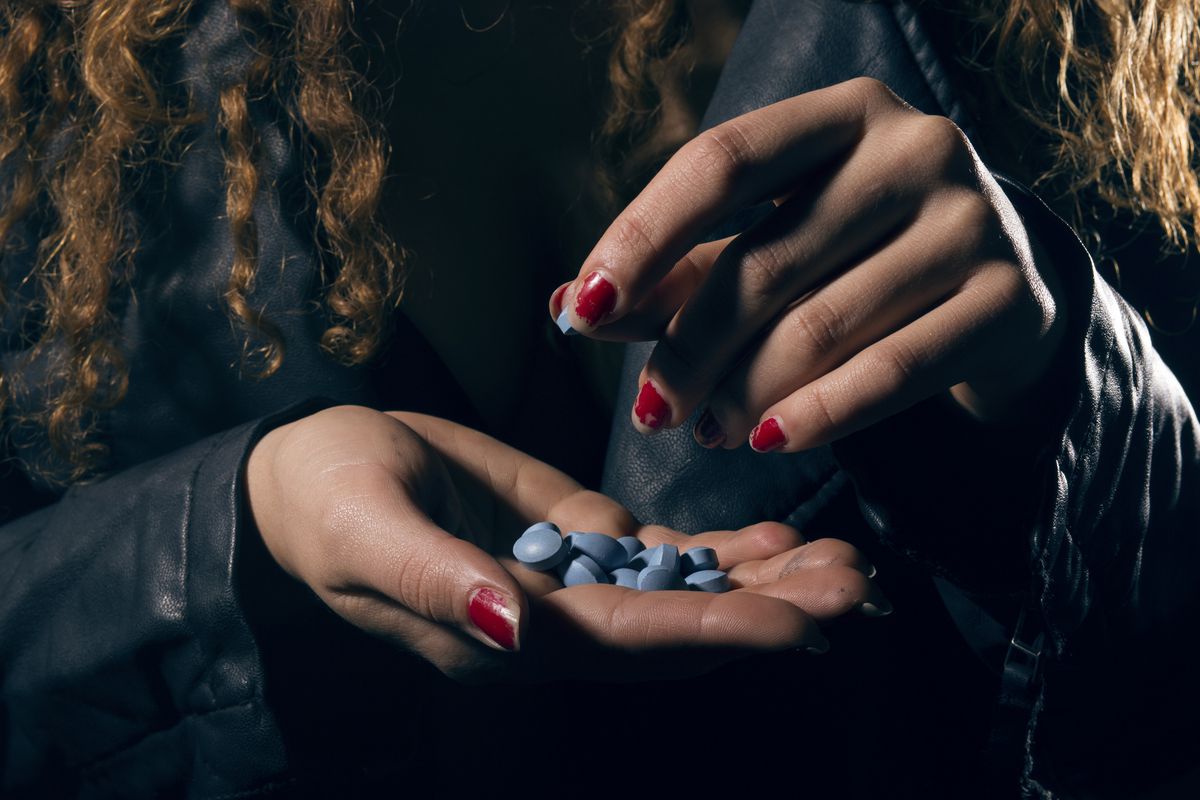 Researchers at the National Institutes of Health want to understand why current dosages of overdose antidotes are failing in some cases, yet the nationwide law enforcement crackdown on opioid abuse means they’re having a hard time obtaining samples of the illegal products they need to study. (Dreamstime/TNS)

Researchers at the National Institutes of Health want to understand why current dosages of overdose antidotes are failing in some cases, yet the nationwide law enforcement crackdown on opioid abuse means they’re having a hard time obtaining samples of the illegal products they need to study. (Dreamstime/TNS)

WASHINGTON — A powerful illegal opioid is causing tens of thousands of deaths, but a standoff between government researchers and federal law enforcement is keeping scientists from finding a way to stop it from killing.

Overdoses from synthetic opioids called fentanyl have surged more than 500 percent since 2013, killing roughly 20,000 people in the U.S. in 2016 and outpacing deaths from heroin. Worryingly, people who overdose on such designer drugs, known collectively as China White, have been said to be less responsive to antidotes now widely carried by first responders.

Researchers at the National Institutes of Health want to understand why current dosages of the antidotes are failing in some cases, yet the nationwide law enforcement crackdown on opioid abuse means they're having a hard time getting permission to get samples of the illegal products they need to study. It's unclear how long NIH will have to wait for the Drug Enforcement Administration to sign off.

"A study that I would have been able to start two months ago is now on hold," Nora Volkow, director of the National Institute on Drug Abuse, said in an interview. "We are a lab in the middle of NIH, we will do everything very, very properly. There's nothing like being in the middle of it to realize how hard these complications are."

The clash is the latest instance of competing policy aims and political prerogatives leading to a stalemate on studying a pressing public health issue. Like with fentanyl, marijuana studies have been stymied by enforcement rules. And until recently deaths linked to gun violence had been a taboo for two decades. It took the outrage following the latest mass shooting in a Parkland, Florida, school to force lawmakers to clarify that certain research is allowed.

A spokesman for the DEA didn't respond to a request for comment.

"We owe it to the public to be able to have facts with respect to these chemicals," Volkow said.

Anecdotal reports suggest that some illegal fentanyl is so strong — as much as 50 to 100 times more potent than morphine — that currently available dosages of the overdose antidote naloxone aren't able to revive some victims.

Georgia law enforcement officials noted in June that other states had warned that naloxone might not work in users who'd ingested a designer drug called acrylfentanyl. Naloxone can be injected and also comes in a nasal spray called Narcan.

Makers are constantly tweaking illegal fentanyl to avoid the DEA's classification system, which limits access to certain compounds based on their medical use and potential to be abused. The agency classified a version of fentanyl called furanyl fentanyl as a Schedule 1 narcotic, its highest level of restriction, in November 2016, and in February the agency added any compound chemically similar to fentanyl to Schedule 1 for at least two years.

[The silent fallout of the opioid epidemic? Meth.]

Most illegal fentanyl is made in China and mailed to the U.S. or smuggled over the Mexican border. Variations have popped up in different areas, making it hard for researchers and law enforcement to track.

Big metropolitan areas recorded the biggest year-over-year increase in deaths involving prescription and synthetic opioids and heroin in 2016, according to the Centers for Disease Control and Prevention. In many, overdoses are being pushed up by fentanyl-laced heroin.

Tanya Royster, director of the Department of Behavioral Health in Washington, D.C., said even longtime heroin users are succumbing to overdoses of tainted drugs.

"You purchase this thing you may not know is laced, your dealer may not know it's laced, and you use it like you have, and then you die," said Royster.

Concerns that illegal fentanyl may be too powerful to be counteracted by naloxone aren't new. At an FDA advisory panel meeting in October 2016 to discuss appropriate naloxone dosing, Seamus Mulligan, chief executive of Adapt Pharma Inc., said that "lower doses of naloxone may deliver too little naloxone, too late." In one case discussed at the meeting, a patient required 14 doses to be revived. Adapt sells the Narcan nasal spray.

Jason Shandell, president of Amphastar Pharmaceuticals Inc., which also makes naloxone, attended the FDA meeting. He said in an email that the drugmaker is "taking the issue into account as we work on optimizing the volume and concentration" of its naloxone spray in development.

The NIH's Volkow wants to explore how illegal fentanyl works on the brain's opioid receptors and whether it depresses respiration longer that typical opioids such as OxyContin. She said the drug could be strong enough to stop a person from breathing even after they've received a dose of naloxone, by effectively outlasting the antidote.

But Volkow said that under current rules gaining access to illegal fentanyl in a timely way is extremely difficult. The DEA tightened its restrictions right around the same time that NIH researchers determined that more study of the drug's new forms were needed, Volkow said.

Some U.S. lawmakers want to end the standoff. New York Rep. John Katko, a Republican, has proposed legislation to create a new DEA classification to make it easier for researchers to access illegal fentanyl. The bill could be part of a legislative package the House Energy and Commerce Committee plans to put out for consideration before the end of May.

Researchers say they welcome any effort to tame the bureaucracy. Volkow worried it could take as long as a year for NIH to get DEA sign off.

"If they could figure out a way to streamline, it would be a lot better," said Kim Janda, a professor of chemistry at the Scripps Research Institute in La Jolla, California, who leads a team of researchers developing a vaccine that would prevent fentanyl overdoses by keeping the drug from reaching the brain.

He's been working on the vaccine a few years and expects to begin testing it in monkeys in the next month. Janda said he remembers it taking a few months to get DEA permission for his research. Scripps has a DEA license to work with Schedule 1 drugs, but permissions were needed for the specific compounds he wanted to research, he said.

"It can be very frustrating for researchers, we want to do this stuff now," Janda said.