Analysis: Why talking to Mueller could be a minefield for Trump 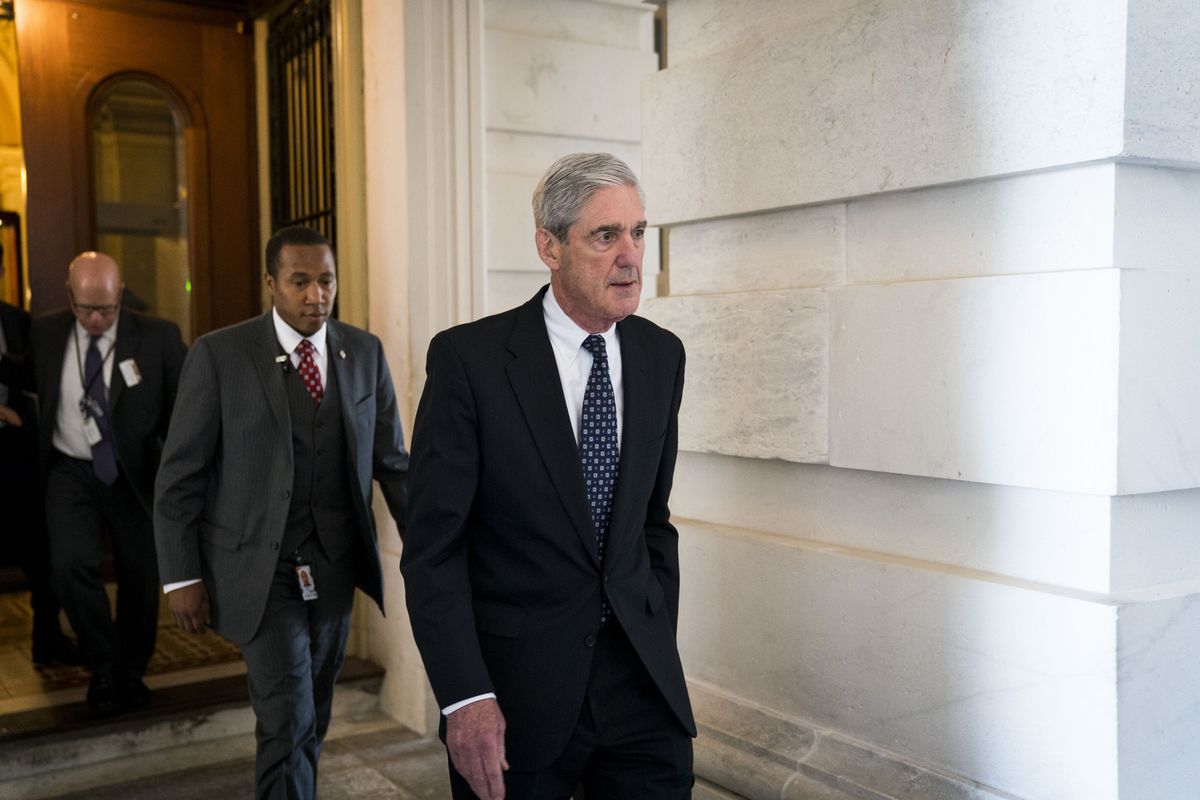 WASHINGTON — President Donald Trump has insisted he is eager to make the case to the special counsel, Robert Mueller, that he has done nothing wrong. But the questions that Mueller wants to ask show why the president's lawyers have countered that an interview would be a minefield for Trump.

It is not just that the president has a history of telling demonstrable falsehoods, while the special counsel has already won four guilty pleas for the crime of lying to investigators. The questions would pose additional challenges for Trump, legal experts said.

Many of Mueller's questions, obtained and published by The New York Times, are so broad that Trump would need a detailed command of a range of issues. And, complicating efforts to try to adequately prepare him for such an encounter, the president's lawyers do not know everything that the special counsel has learned.

"This list reinforces the notion that the president should not go in for an interview with Mueller," said Sol Wisenberg, a white-collar defense lawyer who was a deputy independent counsel in the Whitewater investigation. "Mueller knows all kinds of things — we don't know exactly what he knows — and these are both broad and detailed questions, making real land mines."

On Tuesday, Trump denounced the publication of the questions in a pair of Twitter posts. He called it "disgraceful" and again pronounced Mueller's investigation a "witch hunt." He also incorrectly declared both that none of the questions were about "collusion" — in fact, many centered on his campaign's ties to Russia — and that it would be "hard to obstruct justice for a crime that never happened." (Efforts to obstruct an investigation can be prosecuted even if no underlying crime is found.)

Most of the dozens of questions are about now well-known events, like the June 2016 meeting at Trump Tower between top Trump campaign officials and Russians promising damaging information about Hillary Clinton. While a few touch on Trump's business dealings — in particular, campaign-era talks about a proposed real-estate project in Moscow — they do not signal that Mueller is examining Trump Organization finances more broadly or contain other major surprises.

In many instances, Mueller wants Trump to explain his knowledge of, reactions to or communications about private events where there were other witnesses, such as his campaign's internal discussions of Russia-related matters and his conversations as president with and about James Comey, whom he fired as FBI director.

The questions were drawn up in March and reflect no events since then, leaving open the possibility that they may have changed as the president's lawyers and the special counsel continued to negotiate over an interview.

One major threat to Trump posed by such open-ended questions is that, as his Twitter diatribe showed, he has a history of saying demonstrably false things — especially when he rambles off the cuff. It is a felony to lie to law enforcement officials or to conceal a material fact during a proceeding like a formal interview.

John Dowd, the president's former lawyer, quit in March after he advised Trump that sitting down with investigators would put him in too much jeopardy but Trump signaled that he was prepared to ignore Dowd's advice.

Moreover, the list of questions is most likely just a starting point for numerous follow-ups as investigators try to iron out ambiguities and nail down details, like: What was the source of your knowledge? When did you find out? Who told you and what exactly did they say? said Paul Rosenzweig, another former Whitewater prosecutor and a senior fellow at the R Street Institute, a conservative and libertarian research organization.

"You don't just ask, 'What did you know about the Trump Tower meeting?' and he tells you the answer," Rosenzweig said. "With 48 questions like that, that's honestly a two-day interview. That's 12 hours of questioning."

And in part because former Trump associates who have pleaded guilty are cooperating with the inquiry, the White House does not know what evidence the special counsel has obtained that could contradict Trump, Wisenberg said. Because of that, he said, the president's lawyers were in a worse position to prepare their client for an interview than President Bill Clinton's team was in the Whitewater investigation.

"It's totally different than when President Clinton came into the grand jury room to talk to us," he said. "He pretty much knew everything we knew. It was far less risky."

Even so, Clinton perjured himself by falsely denying that he had had a sexual affair with Monica Lewinsky. That became part of the referral to Congress by Kenneth Starr, the independent counsel, that led to Clinton's impeachment.

As part of those proceedings, the videotape of Clinton's false testimony became public, taking its place in his legacy. It is far from clear, however, that any transcript or recording of Trump's interview — if he gives one — would similarly become public. Rosenzweig said the interview would be covered by investigative secrecy rules, and there was no clear mechanism for it to be disclosed under Mueller, who has less power than Starr enjoyed.

Mueller's authorities remain uncertain; it is not clear that he could charge Trump with a crime or send an impeachment referral report directly to Congress. That has left his potential endgame unclear if he does conclude the president committed some kind of wrongdoing.

But the list of questions indicates that the investigation remains a significant threat to Trump even if the president were to be honest about everything in any interview.

The questions zero in on Trump's possible liability — and little else, noted Samuel Buell, a Duke University criminal law professor and a former federal prosecutor who helped lead the Enron investigation.

Wisenberg said he was struck by Mueller's focus on establishing the president's mindset when he weighed whether to fire Comey, and potential steps like whether to oust Attorney General Jeff Sessions, pardon people charged by Mueller or force the Justice Department to dismiss the special counsel.

No Supreme Court precedent exists to guide Mueller on whether obstruction of justice can occur if a president exercises a constitutional power with a bad motive, like firing a subordinate to cover up a crime; Wisenberg counted himself among those who do not think it can. But Mueller's questions, he said, suggest the special counsel has adopted a broader interpretation of the law.

Some of the questions may present an opportunity for Trump, however. Asking him to explain what he meant when he told NBC News that he was thinking about the Russia investigation when he decided to fire Comey, for example, would permit Trump to backpedal on the remark or explain it away, perhaps by saying he did not really mean it.

Alan Dershowitz, a Harvard Law School criminal law professor who has frequently defended Trump on television and is informally consulting with him, told CNN on Monday that he thought Trump could invoke executive privilege to refuse to answer questions about his thinking when he decided to exercise constitutional powers.

But the problem for Trump is that those questions, Dershowitz said, were the "easy" ones. By contrast, Trump could not invoke the privilege about events that took place before he became president, like his business dealings.

Several legal experts said it was unusual for prosecutors to give Trump a preview of the questions, speculating that Mueller was bending over backward to defang any accusations of overreach. Buell said the move might also be aimed at uncovering any disputes over executive privilege now so they do not disrupt an interview.

But he predicted that despite all the "posturing," Trump would allow his lawyers to talk him out of sitting down with Mueller.

"The game," he said, "is to appear to be interested and cooperating without doing so."