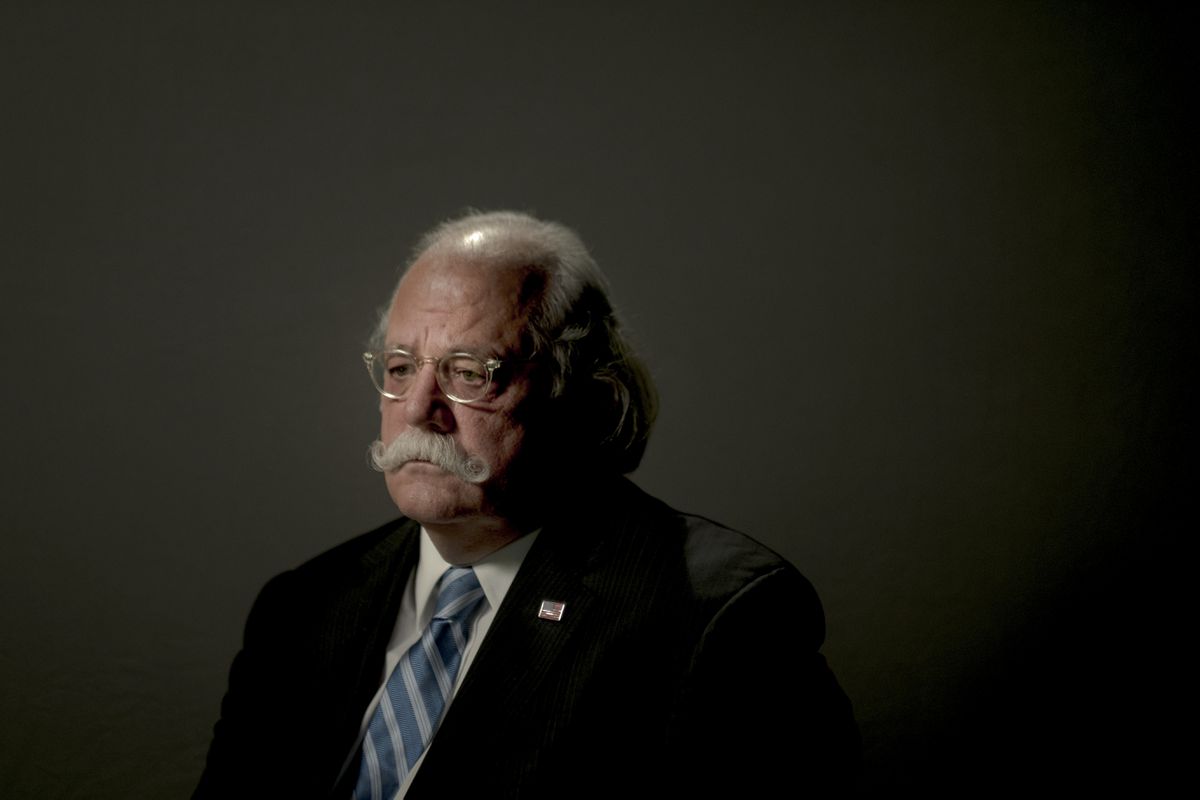 Ty Cobb, who was hired as a White House lawyer in July 2017, in Washington, Oct. 26, 2017. Cobb had argued that the White House should cooperate with the special counsel investigation. (Gabriella Demczuk/The New York Times)

Ty Cobb, who was hired as a White House lawyer in July 2017, in Washington, Oct. 26, 2017. Cobb had argued that the White House should cooperate with the special counsel investigation. (Gabriella Demczuk/The New York Times)

WASHINGTON — President Donald Trump plans to hire Emmet T. Flood, the veteran Washington lawyer who represented Bill Clinton during his impeachment, to replace Ty Cobb, the White House lawyer who has taken the lead in dealing with the special counsel investigation, who is retiring, according to two people briefed on the matter.

In a phone interview, Cobb said he informed the president weeks ago that he wanted to retire. He said he planned to stay at the White House, likely through the end of the month, to help Flood transition into the new job.

"It has been an honor to serve the country in this capacity at the White House," he said. "I wish everybody well moving forward."

Flood is expected to take a more adversarial approach to the investigation than Cobb, who had pushed Trump to strike a cooperative tone. Flood initially spoke with the White House last summer about working for the president, but the talks ultimately fell apart because Flood did not want to deal with Trump's longtime New York lawyer Marc E. Kasowitz, who was overseeing the president's dealings with the special counsel at the time.

Flood's hiring has not been made final, the people cautioned, noting Trump's practice of reneging on personnel decisions after they are reported in the press.

It was not clear what prompted Flood to sign on. The president's legal team for the special counsel investigation has been marked by turnover and uncertain strategy, complicated by a client liable to dismiss his lawyers' advice. That factor prompted Trump's lead lawyer on the case, John Dowd, to quit this year. Rudy Giuliani, the former mayor of New York who is a longtime confidant of the president, has come on board pledging to negotiate an interview for the president with the special counsel.

Emerging as part of those negotiations, a set of questions from special counsel Robert Mueller shows that he wanted to quiz Trump on an exhaustive array of subjects, including his contacts with Russia as well as his mindset leading up to and during a number of acts that could construe an attempt to obstruct the inquiry itself.

Flood was part of a team of lawyers who represented Clinton during his impeachment proceedings. Though he did not have a high-profile role, Flood did attend the Senate's deposition of Clinton's lawyer and confidant, Vernon E. Jordan Jr.

He was also the lead lawyer in the White House Counsel's Office during George W. Bush's second term in dealing with congressional investigations, including the examination of the Bush administration's decision to dismiss seven U.S. attorneys. In private practice, Flood represented former Vice President Dick Cheney.

Cobb arrived at the White House last summer as some of Trump's friends and advisers encouraged the president to fire Mueller. Cobb feared that the special counsel was on the verge of issuing subpoenas demanding documents and testimony from White House aides, a move that could have locked the administration in a contentious court fight it was certain to lose. Instead, he repeatedly declared the White House to be in "full cooperation mode."

He said publicly that the White House had no interest in firing Mueller, and told friends privately that he would not remain in the administration if Trump moved to fire the special counsel.

"There is not and will not be any consideration of terminating the special counsel, Bob Mueller," Cobb said in an interview in October. "I think the path that he chose of trying to minimize conflict and maximize cooperation is one that benefits the country."

Cobb's hiring appeared to have a soothing effect on the president last year. He repeatedly assured Trump and the public that the Mueller investigation would end quickly — first by Thanksgiving, then by the start of the new year. Whether that was wishful thinking or an effort to calm an irascible president, Cobb's prediction proved incorrect.

Behind the scenes, as Cobb rushed to turn over records to Mueller, his relationship soured with White House counsel Don McGahn, who thought Cobb should have more thoroughly reviewed documents and been willing to assert executive privilege. Cobb in turn thought that McGahn's early response to the investigation had been too slow, bringing the White House to the verge of a subpoena.

Cobb, a longtime white-collar defense lawyer, was not a supporter of the Trump campaign and never viewed himself as part of that team. He has donated money to both Republicans and Democrats and supported Jeb Bush for president in the 2016 election.

He joked that he had "rocks in his head" as he took the job, and told friends that he expected to stay at the White House only as long as it took to turn over all the information to Mueller and arrange staff interviews with prosecutors. That job is nearly complete, with only Trump's interview with prosecutors still being negotiated.

As for Flood, he has already had a whiff of the drama that follows Trump. Following a New York Times report in March that Trump was in discussions to hire Flood, the president attacked the article and one of the reporters who wrote it.

"The Failing New York Times purposely wrote a false story stating that I am unhappy with my legal team on the Russia case and am going to add another lawyer to help out," he wrote on Twitter. "Wrong. I am VERY happy with my lawyers, John Dowd, Ty Cobb and Jay Sekulow. They are doing a great job and…..

"…have shown conclusively that there was no Collusion with Russia..just excuse for losing. The only Collusion was that done by the DNC, the Democrats and Crooked Hillary. The writer of the story, Maggie Haberman, a Hillary flunky, knows nothing about me and is not given access."