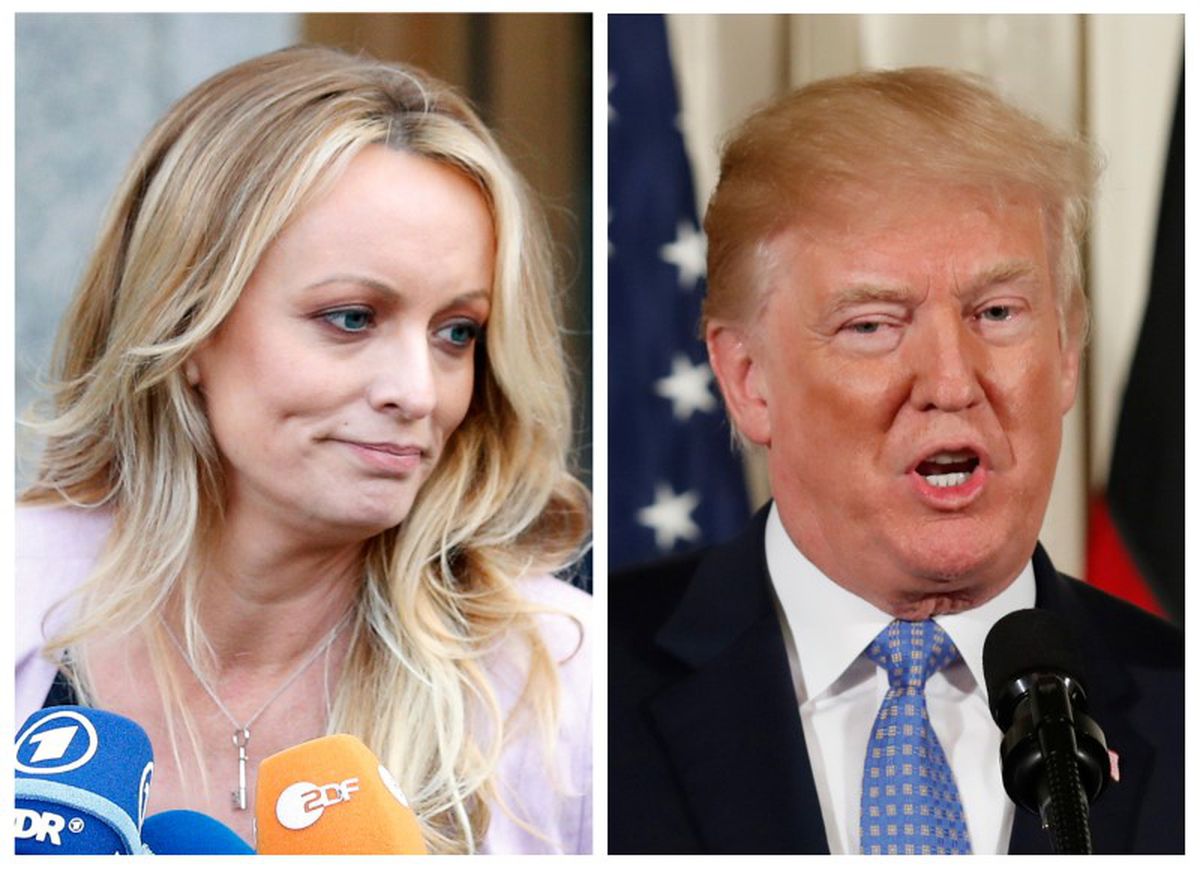 In morning tweets, the president confirmed that Cohen entered into a nondisclosure agreement with Daniels, something Trump called "very common among celebrities and people of wealth."

Trump stressed that no campaign money was used to reimburse Cohen, calling it a "private agreement."

"Money from the campaign, or campaign contributions, played no roll [sic] in this transaction," he wrote.

Trump's explanation on Twitter came the morning after former New York mayor Rudolph W. Giuliani, a recent addition to Trump's legal team, acknowledged for the first time that Trump had repaid Cohen – despite Trump's assertion last month that he was unaware of the payment. Giuliani made the comments Wednesday night to Sean Hannity on the Fox News Channel.

In his tweets Thursday, Trump did not say whether he knew about the payments to Cohen when they were made.

Later, Giuliani said in an interview with The Washington Post that when Cohen paid the settlement to Daniels, he knew that Trump eventually would pay him back, as he was reimbursed for other expenses.

Giuliani said it was his understanding that Trump repaid Cohen in a series of post-election transactions that he thinks were completed in 2017, but could have included a reimbursement in 2018.

In the nondisclosure agreement, Daniels agreed to remain silent about Trump and a brief affair she says she had with him in 2006 when they met at a celebrity golf tournament in Lake Tahoe, Nevada. She has since filed suit to get out of the agreement and has spoken out publicly with her alleged dalliance with Trump.

Campaign finance watchdog groups have filed complaints with the Federal Election Commission and the Justice Department alleging that the then-secret payment amounted to an illegal campaign expenditure.

Speaking briefly to reporters on Thursday, White House press secretary Sarah Huckabee Sanders deflected questions about why Trump had previously said he was unaware of the payment to Daniels.

"Guys, Mayor Giuliani, as well as the president, have spoken at length about this this morning, and last night," Sanders said. "Because of ongoing litigation, I'm not going to comment any further. I don't have anything else to say."

"The money was paid because of the embarrassment in an allegation like this," Giuliani said on Fox Business Network. "It's more damaging to the person who's innocent because no one ever forgets it."

Giuliani also said Cohen did not tell Trump about the payment when it was made to Daniels in October 2016, a month before the presidential election, saying it would have been awkward if it came out around the time of a debate with Democrat Hillary Clinton.

"Of course he didn't talk to the presidential candidate then, because the man wouldn't have remembered," Giuliani said.

Giuliani said the payout was relatively small compared to the money Trump was putting toward his campaign.

"Cohen made it go away. He did his job," Giuliani said.

Michael Avenatti, Daniels's attorney, said Thursday that Trump had defamed his client with his latest tweets, particularly with his assertion that she was making "extortionist" accusations.

"I think there's no question that he's defaming my client," Avenatti said during an appearance on MSNBC's "Morning Joe."

"These guys are making it up as they go along," he said. "They are in full panic mode. They do not know what to do."

Avenatti also predicted that Trump will not serve out his term.

Giuliani took several shots at Avenatti on Thursday morning, saying that he is seeking to make money and get a job as a legal commentator on television.

"He's going take that money and jump in the next ambulance," Giuliani said.