With an eye on Russia, U.S. Navy re-establishing its Second Fleet 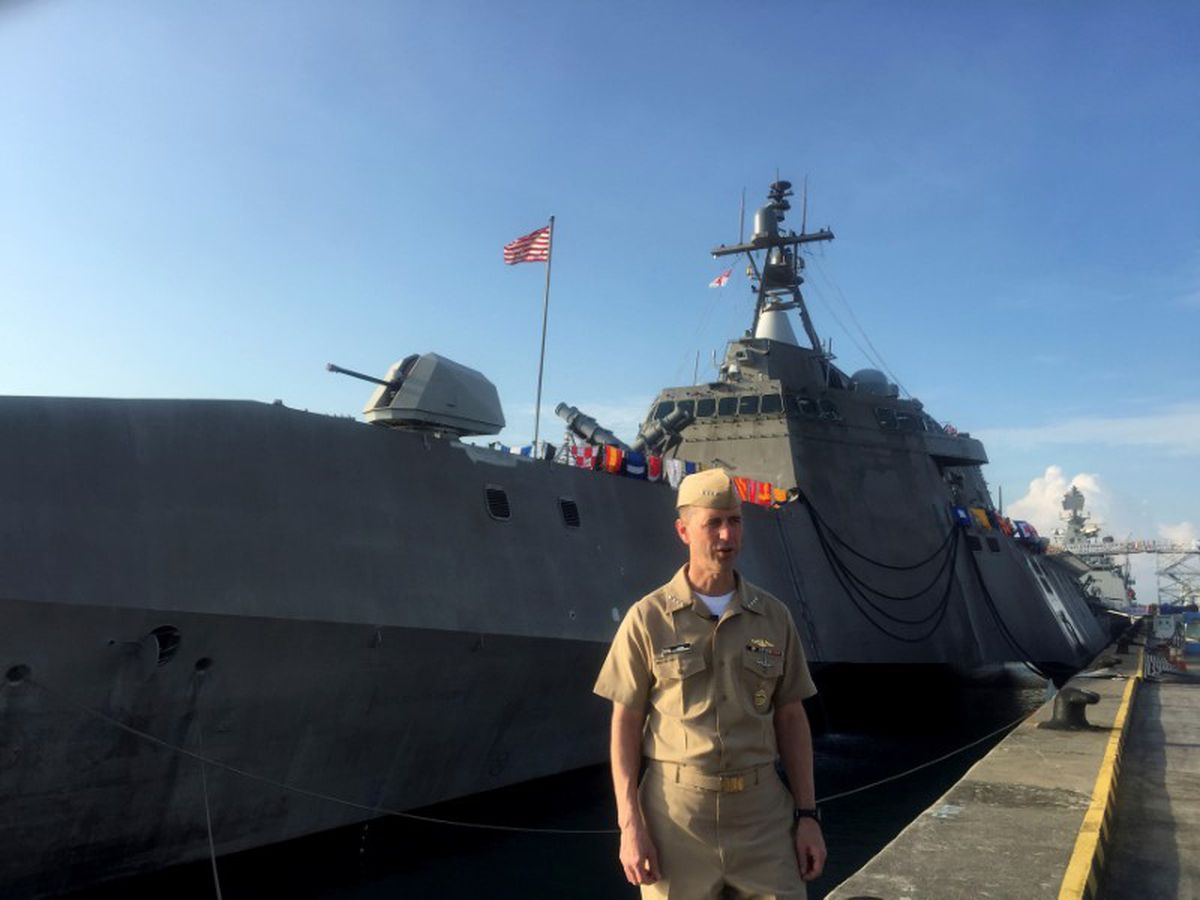 Chief of U.S. Naval Operations Admiral John Richardson poses after speaking to reporters on the pier of the USS Coronado, a littoral combat ship, at the Changi Naval Base in Singapore, May 16, 2017. (Himani Sarkar / Reuters file)

Chief of U.S. Naval Operations Admiral John Richardson poses after speaking to reporters on the pier of the USS Coronado, a littoral combat ship, at the Changi Naval Base in Singapore, May 16, 2017. (Himani Sarkar / Reuters file)

WASHINGTON – The United States Navy is re-establishing its Second Fleet, responsible for the northern Atlantic Ocean, nearly seven years after it was disbanded as the Pentagon puts countering Russia at the heart of its military strategy.

"Our National Defense Strategy makes clear that we're back in an era of great power competition as the security environment continues to grow more challenging and complex," Chief of U.S. Naval Operations Admiral John Richardson said on Friday.

The command, which will be based in Norfolk, Virginia, will initially have 15 personnel and will eventually grow to over 200 people, officials said. A number of decisions, like who would command Second Fleet and what assets it would include, have not yet been made.

In 2011, the fleet was disbanded for cost-saving and organizational structure reasons.

Since then, however, Russia has become more assertive, flexing its military muscles in conflicts like those in Ukraine and Syria, and tensions between Moscow and Washington have increased.

Earlier this year, the U.S. military said in a new national defense strategy that countering Russia, along with China, would be a priority, the latest sign of shifting priorities after more than a decade and a half of focusing on the fight against Islamist militants.

In presenting the new strategy, which will set priorities for the Pentagon for years to come, Defense Secretary Jim Mattis called China and Russia "revisionist powers" that "seek to create a world consistent with their authoritarian models."

Russia has increased its naval patrols in the Baltic Sea, the North Atlantic and the Arctic, NATO officials say, although the size of its navy is smaller now than during the Cold War era.

But relations have instead soured over allegations of Russian meddling in the 2016 U.S. presidential election, Russia's alleged poisoning of a former double agent in Britain and Putin's support of Syrian President Bashar al-Assad's government in Syria.

The Pentagon also announced on Friday that it was offering to host a proposed NATO Joint Force Command at its naval facilities in Norfolk.

It was one of two proposed new NATO commands aimed at deterring Russia that the United States and Germany had offered to host.