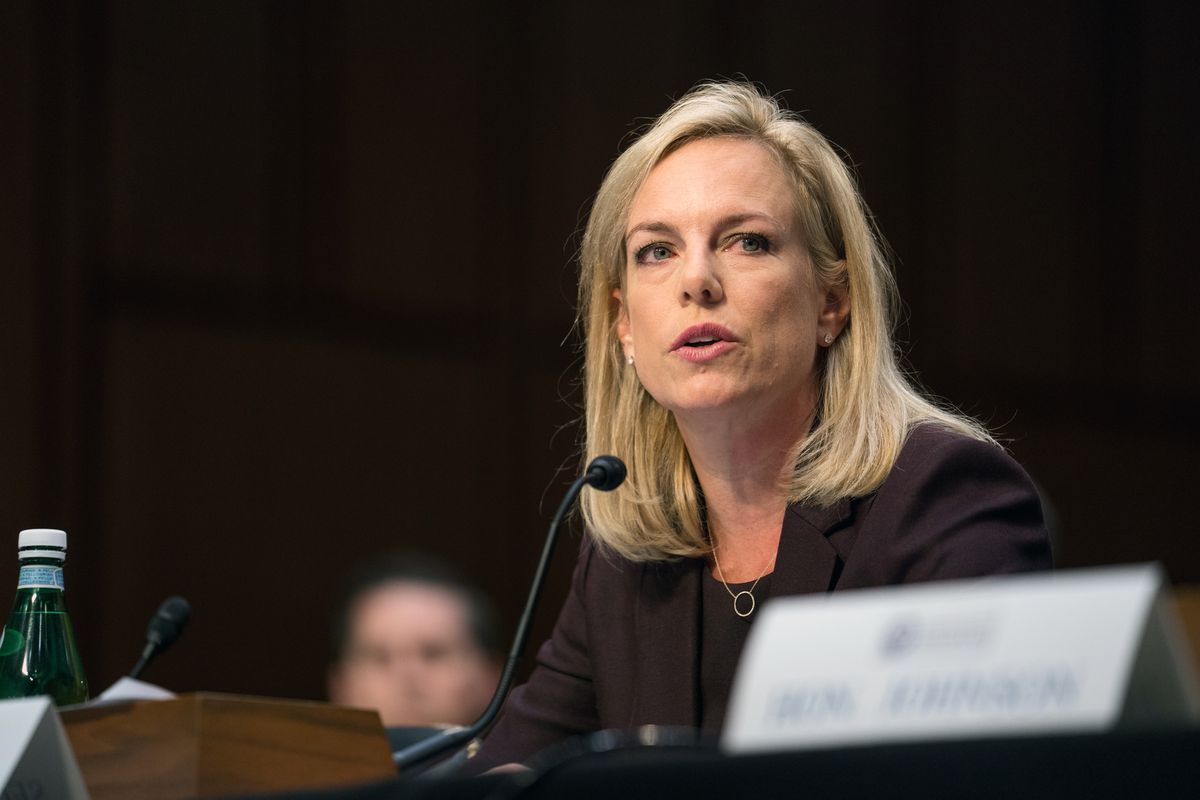 WASHINGTON — Kirstjen Nielsen, the homeland security secretary, told colleagues she was close to resigning after President Donald Trump berated her Wednesday in front of the entire Cabinet for what he said was her failure to adequately secure the nation's borders, according to several current and former officials familiar with the incident.

Nielsen, who is a protégée of John F. Kelly, the White House chief of staff, has drafted a resignation letter but has not submitted it, according to two of the people. As the head of the Department of Homeland Security, Nielsen is in charge of the 20,000 border agents who work for Immigration and Customs Enforcement.

Trump's anger toward Nielsen at the Cabinet meeting was part of a lengthy tirade in which the president railed at his entire Cabinet about what he said was their lack of progress toward sealing the country's borders against unauthorized immigrants, according to one person who was present at the meeting.

Sarah Huckabee Sanders, the White House press secretary, said Thursday that "the president is committed to fixing our broken immigration system and our porous borders. We are a country of laws and the president and his administration will enforce them.''

A spokesman for the Department of Homeland Security declined to comment Thursday evening.

The president's anger about immigration has grown in recent weeks, according to several officials. Trump repeatedly claimed credit for the fact that during his first year in office illegal border crossings dropped to their lowest levels in decades. But this year, they have risen again, robbing the president of one of his favorite talking points.

One person familiar with the president's blowup at the meeting said it was triggered by a discussion about why Mexico was not doing more to prevent illegal border crossings into the United States. Another person said the president was primarily focused on the Homeland Security Department because he views Nielsen as primarily responsible for keeping unauthorized immigrants out of the country.

During the meeting, Trump yelled about the fact that the United States has a porous border and said that more needs to be done to fix that. When members of his Cabinet pointed out that the country relies on day laborers who cross the border each day, Trump said that is fine, but continued to complain, one person said.

Nielsen viewed the president's rant as directed mostly at her and told associates after the meeting that she should not continue in the job if the president did not view her as effective. One person close to Nielsen said she is miserable in her job.

Trump has clashed with Nielsen for weeks about his belief that more should be done to secure the border. In early April, the president repeatedly expressed frustration with Nielsen that the Homeland Security Department was not doing enough to close loopholes that were allowing immigrants to flood into the country illegally, according to one official familiar with those discussions.

During those discussions, officials had presented Trump with a list of proposals that would help border agents crack down on those trying to cross the border illegally and send them back more quickly. The president urged Nielsen to be more aggressive, the official said.

One persistent issue has been Trump's belief that Nielsen and other officials in the department were resisting his direction that parents should be separated from their children when families cross illegally into the United States, the people said. The president and his aides in the White House had been pushing a family separation policy for weeks as a way of deterring families from trying to cross the border illegally.