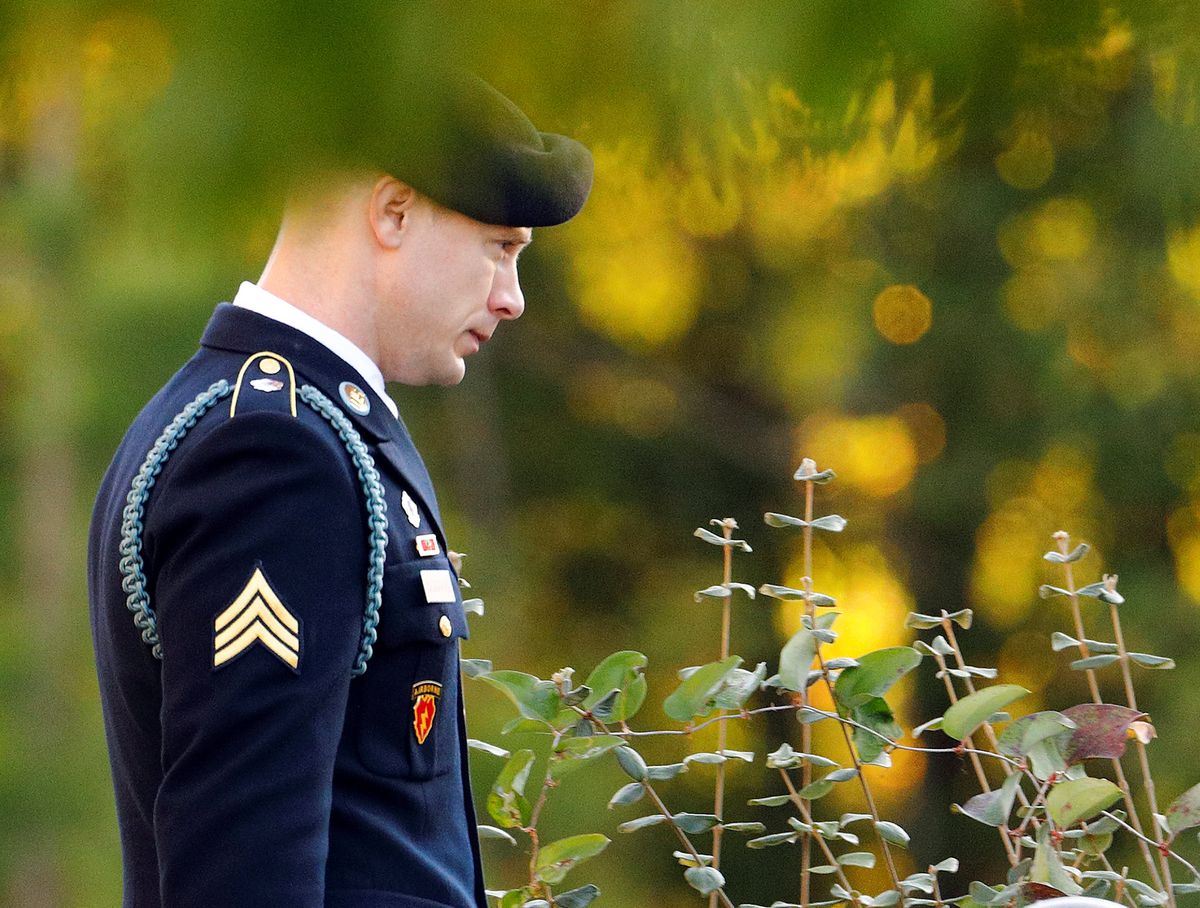 A Fort Bragg general has approved the sentence handed down by a military judge late last year in the Army's trial against Sgt. Bowe Bergdahl.

Abrams approved the sentence rendered by Col. Jeffery R. Nance, the military judge, meaning Bergdahl will be demoted to the rank of E-1, will forfeit $1,000 of pay per month for 10 months and will receive a dishonorable discharge.

Bergdahl was serving in Afghanistan in 2009 when he walked off his outpost in Paktika province and was subsequently captured by the Taliban.

His disappearance triggered numerous search missions that endangered U.S. troops and he was held as a prisoner of war for nearly five years before his release on May 31, 2014, in exchange for prisoners being held at the U.S. military prison at Guantanamo Bay, Cuba.

Shortly after his release, the Army began investigating the circumstances around Bergdahl's disappearance and capture. That eventually led to him being charged with desertion and misbehavior before the enemy by endangering the safety of a command, unit or place — crimes that carried a maximum punishment of life in prison.

Bergdahl made repeated court appearances at Fort Bragg over a two-year span ahead of his court-martial, which ended in November.

He pleaded guilty to the charges against him in October, and Nance sentenced him less than a month later. While prosecutors sought a dishonorable discharge and 14 years in prison, the judge instead did not include any prison time in his sentence.

President Donald Trump called the sentence "a complete and total disgrace to our country and to our military."

Throughout the court-martial, Bergdahl's lawyers criticized the president for his remarks on the case during his campaign and into his presidency, warning that his remarks could have unfairly tainted the trial.

"President Trump's unprincipled effort to stoke a lynch-mob atmosphere while seeking our national's highest office has cast a dark cloud over the case," said lawyer Eugene Fidell, who represented Bergdahl. "Every American should be offended by his assault on the fair administration of justice and disdain for basic constitutional rights."

During the court-martial, Bergdahl said he walked off his remote post to raise concerns about problems he believed existed with his unit's leadership.

He later gave unsworn testimony in which he apologized to the troops who searched for him and called his decision to leave his post a "horrible mistake."

Bergdahl also described the torture he endured, which included being chained down and whipped with cables and burned with matches. He was starved and given unclean water and was kept in a cage for four years.

Abrams has been reviewing the case since its conclusion in November. As the court-martial convening authority, the general could not have imposed a harsher sentence but did have the option of reducing the punishment.

Bergdahl is now entitled to appellate review of his case by the Army Court of Criminal Appeals at Fort Belvoir, Virginia.