Police say they made an ‘error’ in arresting Stormy Daniels 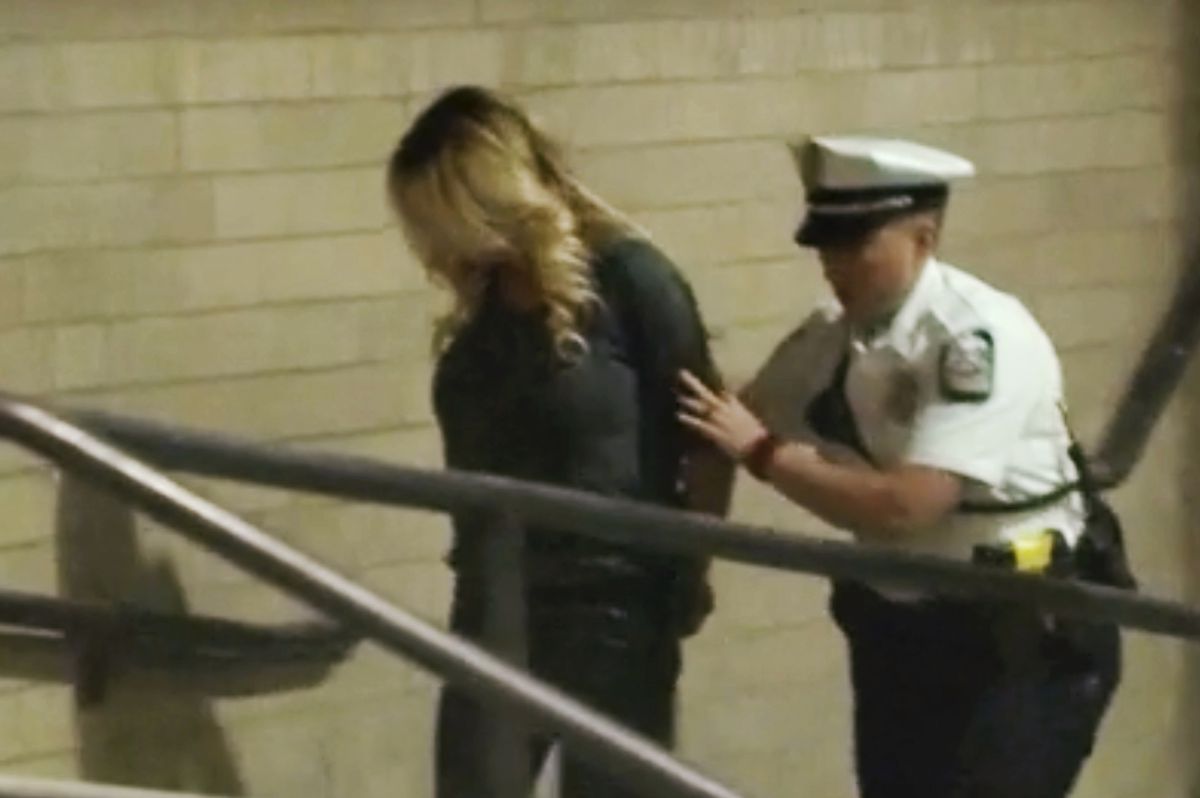 Her attorney said she was "set up" in a Columbus police sting operation, calling it an "absurd use of law enforcement resources." Police said they routinely conduct such undercover operations.

The 39-year-old adult film star who claims to have had sex with President Donald Trump was charged with three misdemeanors, each punishable by up to six months in jail and a $1,000 fine. She was released on $6,000 bail around daybreak Thursday.

By early afternoon, prosecutors said they were dropping the case because Ohio's law against physical contact between strippers and customers applies only to someone who "regularly" performs at a club. In Daniels' case, it was her first appearance at Sirens in Columbus.

Columbus police chief Kim Jacobs said that "element of the law was missed in error."

"A mistake was made and I accept full responsibility," she said.

Officers were well within their area of responsibility when making the arrests, she added. But she said the officers' motivations will be reviewed internally. Without providing details, she said unsubstantiated allegations about their motivations were circulating on social media.

Her attorney, Michael Avenatti, tweeted Daniels won't perform at Siren on Thursday night but may find another club in the area.

Police said Daniels, whose real name is Stephanie Clifford, smacked the faces of two female officers and one male officer with her bare breasts during the Wednesday night show. Officers knocked on the door of her tour bus after the performance and took her into custody in an arrest that Avenatti said left her "traumatized and rattled."

She was booked under a 10-year-old state law known as the Community Defense Act that says dancers at "sexually oriented" businesses are prohibited from touching customers and vice versa.

Police said two other dancers were arrested along with Daniels. Prosecutors will decide whether to pursue charges against those women.

Police said Daniels' arrest was part of a long-term human trafficking investigation of adult clubs. They said they have made numerous arrests under the no-touching law but did not immediately provide a number.

Franklin County Municipal Court records show 23 similar cases this year — including the charges against Daniels — 14 last year and six in 2016.

A person who answered the phone at the strip club declined to comment.

Daniels has said she had sex with Trump in 2006, when he was married. Trump has denied it. Before the election, she was paid $130,000 to stay silent in a deal handled by Trump's personal attorney Michael Cohen. She is now suing to invalidate the nondisclosure agreement.