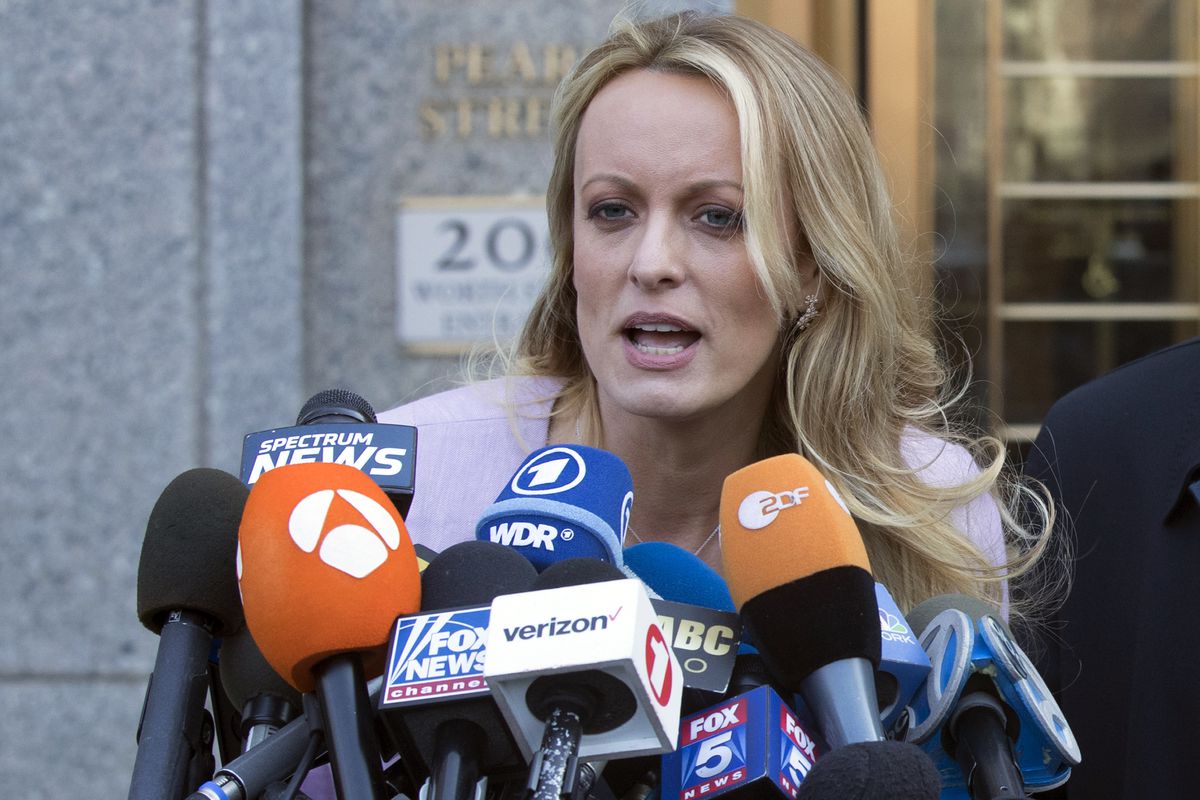 Adult-film actress Stormy Daniels was arrested at a strip club in Columbus, Ohio after allegedly touching patrons during a Wednesday night performance, according to police.

Columbus police charged Daniels, whose real name is Stephanie Clifford, with three misdemeanor counts of touching a patron at a "sexually oriented" business in violation of an Ohio strip club law, according to online court records.

Her lawyer, Michael Avenatti, said in an interview with The Washington Post early Thursday morning that after Daniels's performance at Sirens strip club, she was approached by undercover officers informing her that she would be arrested. Avenatti said she was accused of allowing a patron to touch her while on stage in a "nonsexual manner."

But according to an arrest report cited by Columbus news station WBNS, police accuse Daniels of touching "a specified anatomical area" of individuals present at the performance, including police officers.

Court records show Daniels posted $6,054.00 in bail and was released. She is scheduled to be arraigned in Franklin Municipal Court on Friday morning.

An Ohio strip club law prohibits patrons from touching a nude or seminude dancer unless the patron is a member of the dancer's immediate family.

Avenatti said the arrest was a politically-motivated "sting operation." He said his client was "performing the same performance that she has conducted at over a hundred strip clubs around the country."

"This is ridiculous that law enforcement resources were used to conduct this sting operation," he said. "There has to be a better purpose for such resources."

A Columbus police spokeswoman did not immediately respond to requests for comment on the arrest. Reached by The Washington Post early Thursday, a representative for Sirens strip club refused to comment.

"We are highly confident that in the unlikely event that the district attorney proceeds with charges that she will be found not guilty," Avenatti told The Post.

"It reeks of desperation," Avenatti tweeted. "We will fight all bogus charges."

The Ohio strip club law prohibiting the touching of dancers, the Community Defense Act, was proposed by a Cincinnati-based conservative religious organization and approved in 2007. But according to a Columbus Dispatch article in Sept, 2017 the law has rarely been used since then.

A spokesman for the Franklin County Sheriff's office could find no instances in which the 2007 law had been used, he told the Dispatch.

Daniels planned to be in Columbus Wednesday and Thursday as part of a nationwide tour, Avenatti said. The club, Sirens, advertised Daniel's appearance on Twitter ahead of Wednesday night's performance.

Daniels has been embroiled in a legal controversy with Trump over their alleged 2006 encounter, which he has repeatedly denied. She is suing Trump and his former personal attorney, Michael Cohen, to void a hush agreement she says she signed during the 2016 presidential campaign.

After denying knowledge of the payment, Trump admitted in May that his longtime lawyer, Cohen, was reimbursed through a monthly retainer for a $130,000 payment made to Daniels in 2016 to stop what Trump called "false and extortionist accusations" about a decade-old affair.