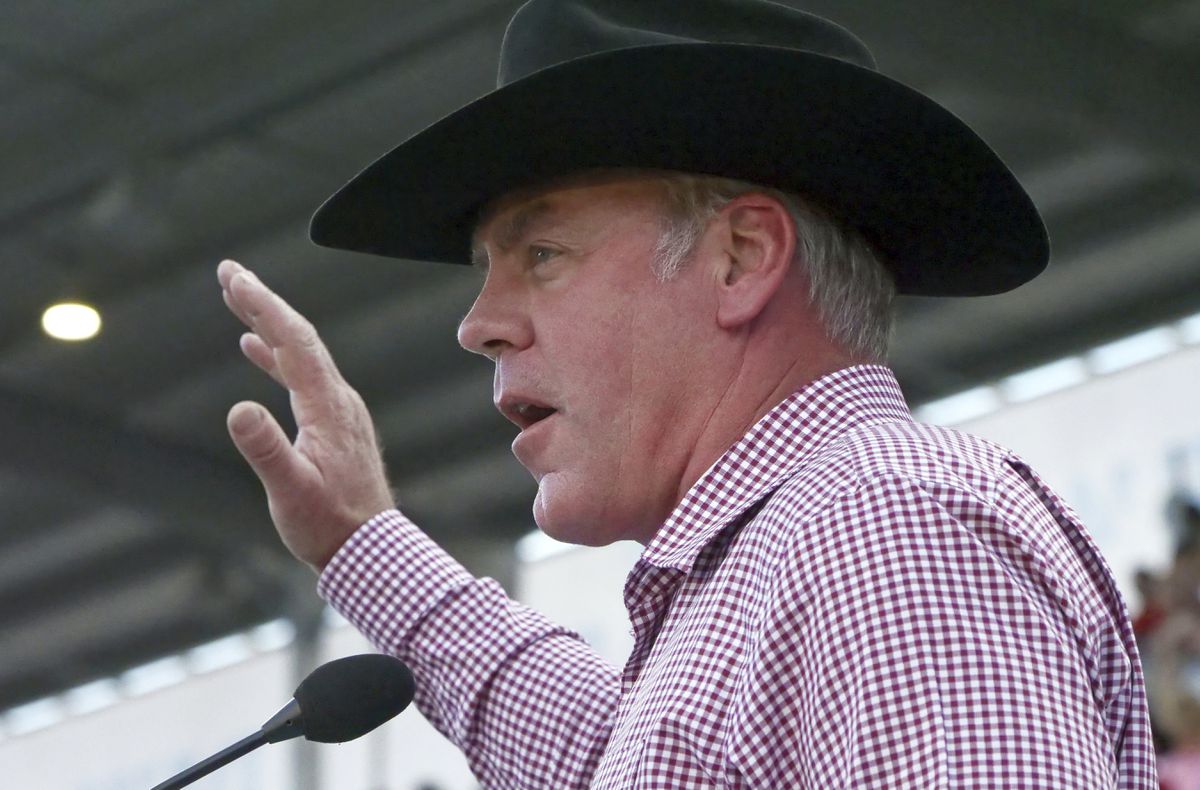 For years, whenever companies wanted to drill for oil and dig for coal on federally owned lands, they often had to pay to offset any damage their activities had on the environment.

Now, no more. This week the Trump administration scrapped long-standing requirements that companies undertaking energy development and other work on Bureau of Land Management lands make up for any damage by paying the federal government or by purchasing new land to set aside for conservation.

Interior Secretary Ryan Zinke has criticized the concept of "compensatory mitigation," singling out the practice in June at a speech before the Western Governors Association.

"Some people would call it extortion," Zinke said of a power line company's having to pay a huge fee to offset its project's impact, according to an audio recording of the session. "I call it un-American."

A new memorandum published Tuesday by BLM, a division of the Interior Department that manages 245 million acres of land or about one-tenth of the nation's landmass, seeks to strike the practice entirely. "Except where the law specifically requires," it reads, "the BLM must not require compensatory mitigation from public land users."

Environmentalists regard such mitigation policies as a bedrock remedy for ecologically destructive development.

"That is just over-the-top rhetoric," Tracy Stone-Manning, the National Wildlife Federation's associate vice president for public lands, said of Zinke's speech. "It's not extortion. It's the cost of doing business on our public lands."

Developers have long complained that federal bureaucrats apply mitigation requirements inconsistently. They say some firms have to pay more or less depending on which part of the government they dealt with.

"In Alaska," said Lisa Murkowski, a U.S. senator from the oil-rich state, "we have seen firsthand how the arbitrary application of these laws can foster uncertainty and hamper economic opportunities without delivering the promised environmental benefits."

While the new policy affects all industries operating on public lands, it will provide the biggest boon to the bottom lines of energy companies because their projects have large footprints. "Energy is the big one," Stone-Manning said. "There's not any other impact on the landscape that's big enough to require this."

Under President Barack Obama, the Interior Department expanded mitigation policy in 2013 and again in 2015. Heeding industry concerns, Zinke last year swept away both of those Obama-era moves through secretarial orders.

But the BLM memo is "dialing it back even further," according to Randi Spivak of the Center for Biological Diversity. "It takes a giant step backwards."

Jim Lyons, who served as the Interior Department's deputy assistant secretary for land and minerals management under the Obama administration, said in an interview that eliminating mitigation requirements could undermine the kind of conservation deals the federal government has struck with industry and state officials.

The team of federal biologists and scientists who worked on a plan to avert the listing of the sage grouse out West, Lyons noted, "recommended no additional disturbance in priority sage grouse habitat." So the plan the Obama administration brokered with several western states "included a requirement to mitigate any adverse impacts to habitat," he added.

Recent mapping by the Wilderness Society, Lyons said, shows that three-quarters of the proposed or auctioned oil and gas leases under the Trump administration are on protected sage grouse habitat in Colorado, Nevada, Utah and Wyoming. As a result, the species will get "a double whammy" if their habitat is disturbed and there is no effort to compensate for it.

"Mitigation," he said, "is key to repairing any existing or future disturbance."

The Washington Post's Juliet Eilperin contributed to this report.