Poke’s popularity surges even as arguments about authenticity heat up 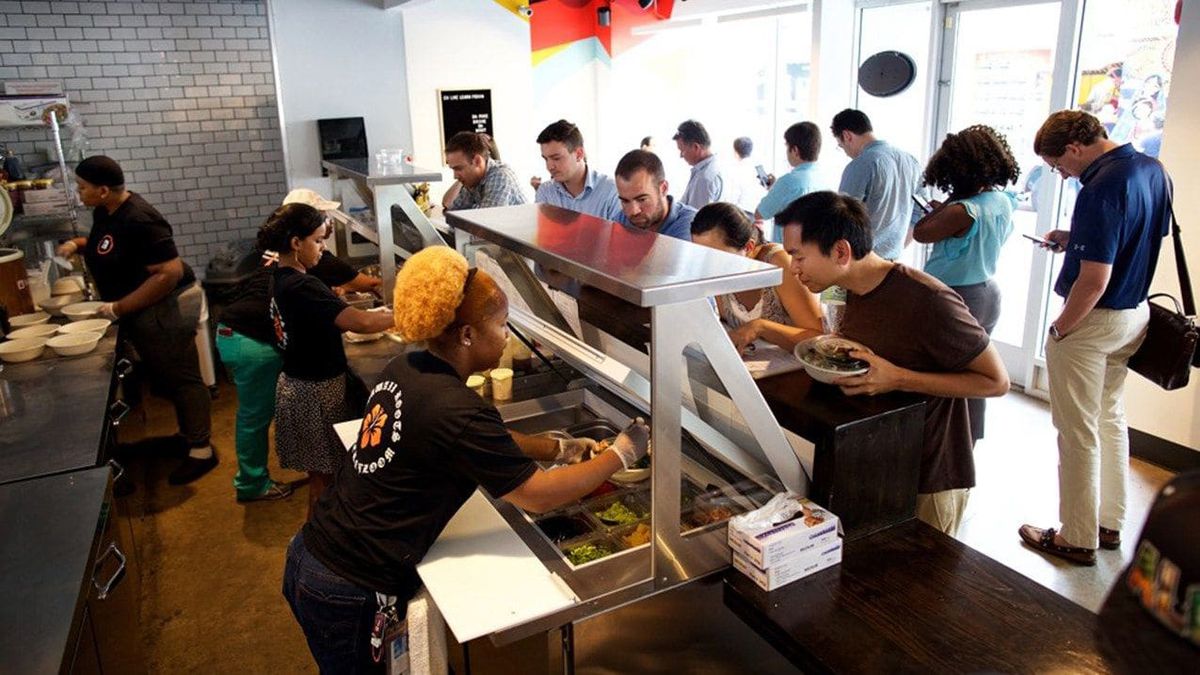 The lunch crowd at Abunai poke shop in Washington. Photo by Deb Lindsey for The Washington Post.

The lunch crowd at Abunai poke shop in Washington. Photo by Deb Lindsey for The Washington Post.

Both native Hawaiians and Hawaii residents were incensed to learn last month that a Chicago poke chain, Aloha Poke Company, was sending cease-and-desist letters to other poke shops that use the word “Aloha.” It quickly became a flashpoint in the country’s ongoing debate about cultural appropriation, especially because some of the shops under legal threat were owned by Hawaiians, though Aloha Poke has no owners of Hawaiian descent.

Activists in Hawaii called for a boycott and left terrible reviews on the company's Yelp page. Aloha Poke eventually issued an apology, but the damage was done. "The perspective from the islands is that for centuries we have been giving, giving and giving, while the rest of you have been taking, taking and taking," wrote Lawrence Downes for The Washington Post.

There is perhaps no other restaurant that better represents poke's meteoric - and, some say, problematic - spread throughout the mainland United States. The clash between Hawaiian and mainland poke, as it's called on the islands, has been a sore spot for years. Some mainlanders changed the spelling of the word to "poki" to make it easier to pronounce, or added such ingredients as zucchini noodles or kale that make the dish more like a trendy salad than a traditional Hawaiian dish of cubed fish, seaweed and chopped kukui nut. The more that poke penetrates the mainland, the further it gets from the real thing, like a photocopy of a photocopy.

And now, there are stats to back that up. Yelp has been measuring the rise of mainland poke, and issued a report on the category's popularity over time. Restaurants dedicated to the dish are among the fastest-growing and most popular on the site. Before 2012, when Yelp's data begins, it was hard to find poke outside of Hawaii - excluding the Aloha State, there were only 67 poke restaurants in the United States. Today there are 1,811 poke restaurants outside of Hawaii, with much of that growth coming in the last two years. Poke restaurants are more predominant in the West, but the category is growing rapidly in the South, Midwest and East.

Yelp's user base is hungry for poke, too. Poke is the second most popular category of restaurant on the site for the last six months, only after "food trucks," which is a tricky thing to compare because the latter category encompasses many types of food. Yelp users searched for poke at five times the rate of ramen, quadrupling in just two years. Ramen's share of food and restaurant page views doubled over four years.

Yelp data science editor Carl Bialik also measured consumer sentiment toward poke, comparing users who listed a home state of Hawaii with those from other states. One of the best ways to determine this was to look at ingredients and what people think of them. In Hawaii, poke is often served simply, with marinated chunks of fish and seaweed, sometimes with rice (the "poke bowl" with rice is a cultural mash-up of Hawaiian flavors and Japanese donburi that became popular in restaurants in Hawaii only in the past three decades). Yelp found that the ingredients most commonly mentioned in poke reviews were rice, tuna and salmon, as well as the following toppings: seaweed, avocado, crab, soy sauce, wasabi, edamame, sesame, ginger, masago, cucumber and onion.

But many of the poke places you see on the mainland are fast-casual Chipotle-style places with a vast array of toppings and sauces. Bialik found that reviews of poke places on the mainland were more likely to mention ingredients like noodles, edamame, mayo, mango and cucumber. Yelp reviews on the mainland are also more likely to use words like "toppings," "options" and "sushi." (Some mainland poke eaters conflate the dish with chirashi, a bowl of sushi over rice.) When Yelp users from Hawaii visit the mainland and eat poke, they give higher marks - an average of 4.15 stars - to poke restaurants when their reviews don't mention any of those words. That could be a mark of authenticity for those poke shops - or they could just be creating an "authentic" bowl at an inauthentic place.

Some of the ingredients that make it obvious a place isn't authentic are "zoodles," pineapple, ranch dressing and strawberries, among other wacky toppings - all ingredients found at poke shops in the Washington area, as well as in other cities. Yelp users from Hawaii who visit poke shops on the mainland unsurprisingly don't take kindly to these ingredients, Bialik found. When they review poke places on the mainland and mention an inauthentic ingredient, their average review is 2.53, though the sample size is small. Mainlanders "don't seem to mind the ingredients," Bialik wrote in an email. No matter what toppings or flavors they mention, their reviews of poke average 4.08 stars.

Back on the islands, the parameters of poke are expanding, too, and mainland-style poke shops with an array of toppings are gaining a foothold. "It looks like Hawaiians have become more accepting of the ingredients we found were most disproportionately common on the mainland," wrote Bialik, and by that, he means more common ingredients like mango and cucumber - not the truly out-there ingredients like zoodles. When Hawaii residents review poke places in Hawaii and mention one of these ingredients, their reviews average higher than 4.2.

It all adds up to a natural fear that widespread acceptance of the inauthentic ingredients will contribute to the dilution of Hawaiian culture - especially as places like Aloha Poke stake their legal claims. But, as Hawaiian chef Mark Noguchi told The Post last year: “Our food, that is our sense of place. You can mimic it, but you can’t re-create the soul of it.”